Was Kenya’s Westgate Mall Attack Just a Rehearsal for an American Mall Massacre! 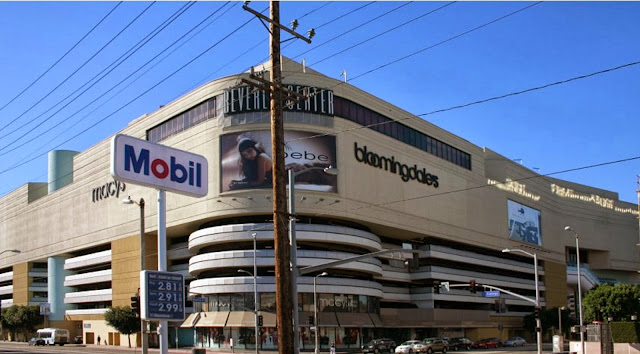 Los Angeles, CA—I’ve said it was only a matter of time before Muslim extremists would exploit our grand shopping malls.  Ours are as soft of a target that any terrorist would beg for.
American mall operators shunned armed or trained security personnel and frankly they think a visible police presence is bad for business.  They also go out of their way to post silly “Gun Free Zone” signs everywhere.
Our mall operators have really only placed a target on the butt of every man woman and child that can be found inside any large mall.
Kenya was better prepared to respond to mall attacks there.  They are used to urban terrorism unlike our nations police forces.
Imagine L.A.’s magnificent Beverly Center Mall.  On any given day thousands of shoppers are strolling through without a care in the world.  Among them behind sunglasses and hats are A list celebrities.  Of course there are children, toddlers, and even infants everywhere.
In the Westgate attack the thugs took hostages.  The victims were savagely raped, tortured and soon beheaded.  The orgy of violence was unimaginably horrific.   Imagine what they’d do to any of our more popular movie stars?
The death toll could easily exceed 2000 before a siege by just ten terrorists may end.  Terrorists could quietly enter as workmen pushing weapons, fuel and bombs on carts from their cars.   The mall floor plans are available to everyone including terrorists.
Perhaps as hundreds of happy little Christian children are waiting to see Santa Claus some perverted Muslims may unleash the unthinkable.
The LAPD would be minutes away and reluctant to enter the mall at all until they can amass with a large police presence and that may take an hour or more.
I’m simply asking how would this style of attack be ended?  I remain convinced such an attack would face minimal resistance and melt Los Angeles to its core.
Posted by Paul Huebl Crimefile News at 10/01/2013 08:04:00 PM

agree, just a matter of time, Osama will however just call it work place violence.

Remember, Paul, this is California. So, a muslime terrorist would be a sort of folk hero, out there. I imagine the Hollywood set would welcome them with open arms. The terrorists wouldn't have to hide; they cold just stroll in, with their Hollywood pals. If hostages were taken, we could just send Jane Fonda in; she could show them pictures of herself sitting on a North Vietnamese anti aircraft gun, firing at our guys. Or perhaps we could send that master negotiator, Sean Penn; he'd soon have those terrorists eating out of his hand. Just a thought...

If they do pull this off in America Police should engage ASAP they have rifles shotguns etc. in their vehicles do not wait for swat just call in the troops and engage these mutants that's what we are paid for that's why we are here don't wait for some no nothing brass to get to the scene and screw things up.

The Clackamas mall shooting last year was a terror attack that was thwarted by a guy who had his CCW on him. Had he not been there, its hard to say how many would have perished.

I wrote a paper on this very subject in a grad school Terrorism/National Security class in 2011. My study topic was the Mumbai massacre.

There basically is no good preventative. Not much in the way of good response. Certain areas absolutely will not provide and prepare for armed resistance. You mention armed security guards and police are discouraged by mall owners and the general run of society.

Terrorists seek soft targets and the most "bang for the buck" - ten attackers can kill a lot of people with small arms and easily smuggled explosives. They can accomplish carnage while the responding police are setting a perimeter, assessing the situation and building an effective force, coordinating with responding agancies,establishing a command post, getting SWAT on site, etc.

This takes time, and the terrorists will use the time to inflict mayhem. Someone attacking a toney mall like Beverly Hills is a very likely future event. Cheap, effective, lots of targets, just the thing to entice a terrorist who wants to make a name for himself on his way to 72 virgins.

It would not take a whole lot of people providing return fire, even if it wasnt particularly effective, to slow down and complicate the actions of the terrorists. They would not be able to hunt freely and would have to spend a fair amount of effort in self-protection and defensive activities.

I know you said "Beverly Hills". Such a place is guaranteed to be a mere hunting ground.

Instead of "Beverly Hills" , substitute " NorthPark Mall, Dallas" into your model. Or "The Galleria-Houston".

Texas DPS says there are currently 518,000 active Texas CHL holders out of over 21 population of 18 million , plus/minus. This gives a statewide CHL rate of approximately 2.9%, although better educated, more well-to-do people have CHL's at a somewhat higher rate than the average. At any given peak time at NorthPark there are perhaps 3000-3500 shoppers,(judging by the parking lots) not counting store employees.
If only half of those licensed regularly carry, that means there would be 45 or so guns in the hands of law-abiding, trained private citizens, should the jihadis strike.

In Kenya, one man armed with a pistol rescued 100 or more people ( I realize he was former SAS, but even a one-legged lawyer with guts and a SIG .380 would make a difference).

I'll suggest that the outcome of an incident in either NorthPark or The Galleria would be significantly less successful for a Mumbai-type hostage shoot-em-up scenario, compared to a similar attack in Beverly Hills.

Now comes the hard part- how do you get Rahm Emmanuel and Michael Bloomberg and Jerry Brown and all the people who are afraid of icky guns ( except in the hands of the police), how do you get them to agree to a policy change to allow for the ONE policy that might make a difference, namely the casual and unremarkable daily carrying of arms by private citizens?

That's the hard part. Sadly, I suspect the above named folks would rather suffer the terrorist attack than allow for more law-abiding armed citizens.