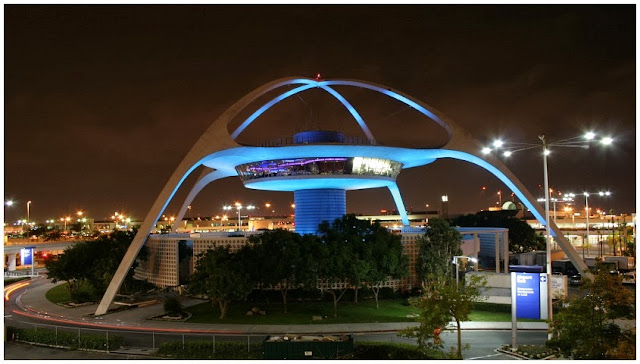 Los Angeles, CA—For the second night in a row dry ice bombs exploded in LAX terminals housing international flights. However tonight there were reportedly three bombs discovered, two of them were duds.
The bombs were planted in to so-called “sterile areas” of Terminal 2 and the Bradley International Terminal.  It’s obvious that the suspect is familiar with the video surveillance camera locations and is well acquainted with airport security procedures.
I will go out on a limb and suggest that a near-do-well TSA baggage screener is trying to get elevated to hero status and a win a promotion.  He, and yes I’m sure the offender is a male has a nefarious self-aggrandizing plan.
Frankly getting bombs and firearms past the TSA checkpoints is child’s play.  The TSA has been running an expensive fraud on travelers as they have done nothing more than create an illusion of security. Along the way they created a massive jobs program for the hard corps unemployables they put in faux law enforcement uniforms.
The TSA security theater program was nothing more than a way for tyrannical politicians to gain the cooperation of worried travelers to abandon their Constitutional rights against unreasonable searches.
This is a solvable case that will be cracked through skilled interrogation techniques by investigators.  Stay tuned.
Posted by Paul Huebl Crimefile News at 10/14/2013 11:08:00 PM

http://www.breitbart.com/Big-Government/2013/10/15/Police--Employee-set-dry-ice-blasts-at-LA-airport
You nailed it. I like how they are calling it "not an act of terror", since the devices did not target innocent bystanders. (I guess there was a manifesto attached to the bottle.) To call these little gasbags "bombs" is a blatant misuse of the word; but "terror" (POP!) is the only thing they can produce, not actual carnage. So, a big bad loud noise goes off in the airport terminal, everything is shut down, there's massive chaos... but it's not "terror", it's just a disgruntled employee. Yet those same cops will charge you with "domestic terrorism" if you yell at your wife. Go to hell.

Hit the nail right on the head. This TSA is another Put of Conteol Agency that needs to be phazed out. Instead of the Gooberment going after the obvious threats, they fear that due to "Political Correctness" and instead create an Army of Ner d wells who violate OUR Constitutional Rights daily, while sticking us, the Law Abiding Taxpayers with the Bill as they continue to trample our Rights. We are not just on the Road to Global Socialism and totalitarian Government, we are there, thanks to our Sellout Politician incompetent Scumbags in Congress . They've sold out our Soverignty to the Highest Bidders, the New World Order of Old World Globalist Commies.

Penauille Servisair hires re-fueling agents, ramp agents, and cargo agents for $9.00 an hour at O'Hare. The guy who was arrested at LAX worked for Servisair. In a major metropolitan area $9.00 isn't a livable wage.....which is fine. But as these individuals are in secure areas, don't be surprised if they are smoking weed, huffing, or experimenting with what happens to dry ice when in an airtight container.

The TSA agents don't do anything productive, but they generally don't want to do something stupid to lose their (higher paying) jobs.