Trial Jury Internet Misconduct is Widespread and Pervasive in America! 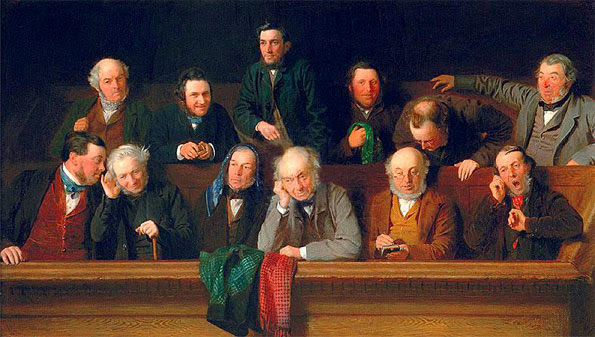 Los Angeles, CA—When an American jury is empaneled they are admonished to avoid all print, broadcast or Internet related materials involving the case they are deciding.  Do they follow the rules when the juicy gossip is only a few mouse clicks away?  The answer is NO!
Before I indict all jurors let me suggest that a small percentage do obey the instructions.  Perhaps it is only because they are not computer literate.  The rest are a bunch of undisciplined folks that do what they damn well please.
It is apparent that our jurors allow themselves to become influenced by illicit outside information.
My blog gave me a real window into a jury in action on a Hollywood Attempted Murder case that began in December of 2005.   Alexander Terminassian shot and wounded an assailant, Marco C. Fuentes.  I remain convinced that the charges should have never been filed!  It was a clear act of self-defense.
I was outraged by the excessive bail and felony charges for Terminassian, a cab driver.  I doubted that he get a fair trial because of the gun rights debate and the extreme La La Land prejudice against guns and lawful self-defense.
I was convinced that jurors would never learn about the criminal record or illegal alien status of Terminassian’s attacker in the courtroom.  I conducted my own background investigation on the state’s star witness and so-called victim.   I posted the results verbatim on my blog direct from L.A. County court records.
The theory is that the jury would never see that material but I was convinced at least a few may Google the names involved and learn the truth.
I have a web counter on my blog that tells me the Internet service provider’s number and domain.  It shows how they found my articles along with the search terms. It also give approximate locations of the visitors along with the amount of time they spend.
I use my web counter to see what my visitors are interested in and look to exploit the information to increase my blog traffic.
The Terminassian story was popular in the L.A. region and among gun rights groups.  But after a few months of the incident there were very few visits to that story.
Fastfoward to 12 months later in 2006 and I noticed a small cluster of hits on the Terminassian stories from the L.A. area.  Why the sudden interest I wondered?  Something was going on!  Perhaps a news article provoked the attention?  Googling the unusual name Terminassian only generated my stories.  I kept digging.
There were exactly 14 hits and I saved a screen shot capturing the ISP numbers.  I investigated the reason for the hits and discovered that Terminassian’s trial had begun and they just picked a jury of 12 with two alternates!  Could the newly empaneled jury be breaking the rules by doing Google searches?
For the next couple of weeks the same blog visitors returned again and again!  Somewhere between three and 10 hits from the same ISP numbers.  Suddenly I got a comment from a man that claimed to be a juror on that case.  I checked his ISP and discovered he had been on my blog continually from the first day the jury was picked.
I asked that he contact me and he did by e-mail and phone.  He told me he was the foreman of the jury and that he was surprised to learn about Fuentes’ background on my blog.  He pretended to not have seen it until after the case was over.   I played along with his game and did not snitch, until now.  Of course the Statute of Limitations now prevents any punitive action against him over his transgressions.
After the trial the traffic stopped on my Terminassian stories.
What I’m suggesting is that the Internet has proven to be a real game changer in American Justice.  Today juries must be sequestered if they are to be shielded from outside influence. Because of search engines like Google insignificant web sites can influence juries and their verdicts even more than traditional media outlets.
Judges are going to hate dealing with this issue and sequestering every jury would shut the entire system down in gridlock.  The cost of transportation, meals and hotels would be staggering to taxpayers.  What is the solution?
Below is a link to the stories and be sure to read the comments.
http://www.crimefilenews.com/search?q=Terminassian

This story repeats on that link to be ignored...

I wonder if the internet helped George Zimmerman, in his trial. All the way through the trial -- 15 months after the initial "black outrage" press conferences -- the MSM were continuing to run the same biased photos: GZ's mugshot from several years ago juxtaposed with Trayon Martin's infamous 12-year-old-choirboy. There was no excuse for continuing with those photos, after numerous other photos had been made public. No excuse, but propaganda.
Seeing how often judges and prosecutors exclude information (often critical) from the record, IMO a juror is acting irresponsibly if they blindly accept court testimony as "the whole truth and nothing but."

"Seeing how often judges and prosecutors exclude information (often critical) from the record, IMO a juror is acting irresponsibly if they blindly accept court testimony as "the whole truth and nothing but."

I agree. Court sometimes is nothing but a word game. Vital information is routinely withheld based on some objection by one of the attorneys. Is the criminal history showing numerous sex offenses of an offender who is charged with rape somehow not relevant? I don't think so. After being a cop for a few years I soon realized that court is not a place where justice is served.