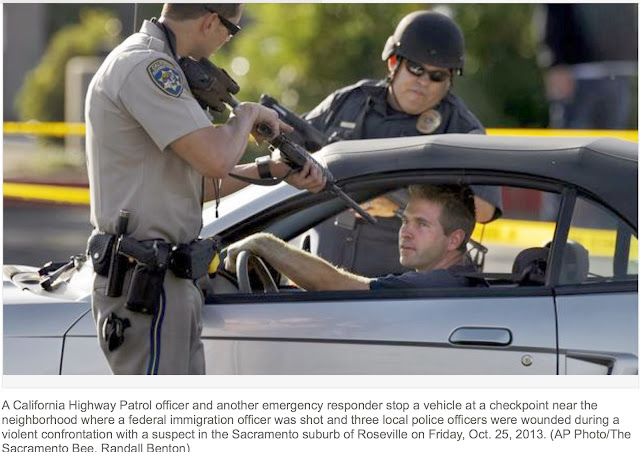 Chicago, IL—I can remember the days when the Chicago Police Department rejected the idea of SWAT teams as a horrible idea.   They did not want the public relations fallout from the SWAT concept.  They recoiled at the idea we would become urban commandos.
They did have so-called heavy weapons training but that only involved the Ithaca Model 37 .12 gauge shotgun, the .30 US M-1 Carbine and a few 308 hunting style scoped bolt action rifles.  These weapons were kept in wagons dubbed, The War Wagon and they were dispatched to difficult crime calls.
Ballistic vests were yet unheard of and our issued batons were made of wood.  Our required duty weapon was a Colt or Smith & Wesson revolver chambered for a .357 or .38 special round.  We were issued 12 round of .38 special ammunition.  They were solid lead, round nose 158-grain bullets that bounced off most car windows.
Later they went to a hollow point all lead .38+P round that was somewhat better.  We were allowed a second firearm either semi-automatic or another Colt or Smith & Wesson revolver.  Many chose the Dirty Harry .44 magnum Model 29 or 1911 .45 semi-auto pistols.  Now they heavily restrict the types of secondary handguns allowed.
Today they operate something they call the Hostage and Barricade Unit.  It’s a SWAT team by another name.  They have adopted military methods and now they have all that commando equipment.
The militarization of police agencies is reminiscent of the darkest times of Germany 1933-1945.  They created the Brown Shirts (SA) and later the SS to do things most honorable military men would be ashamed to be involved with.
At a rapid pace our police have been ignoring our Bill of Rights and advancing on Americans with military tactics and rules of engagement.  That is frightening for sure.
The response by Boston authorities to raid homes and remove families at gunpoint while they were looking for the marathon bombing suspects was incredibly un-American and wrong.  That was absolute TYRANNY!
The above photograph speaks for itself; police should not be pointing military style rifles at our faces absent a real threat or probable cause.
I can’t help but believe that our own government has nasty plans for those of us that disagree with the administration’s Red politics.

Mr kevlar piss pot looks like he never passed the medical or physical.

Paul, I always look forward to your references to Der Reich. People need to be made aware of this even more so today. One pet peeve of mine is talking with todays "Progressives" and being shouted down with "Hitler was a facist!!!" when refusing to accept the fact he used SOCIALISM to come to power. Ernst Rohm, leader of the SA Brown Shirts, openly Gay and by the way, was also an ardent Socialist. Many in the SA were bound to one another by their Gay proclivities as they strove toward their Socialist State for Germany. This is far to deep for a mere blog, and with that I encourage your readers to read "The Pink Swastika". It even touches on early origins here in Chicago. Keep up the good work Paul.

There are only two political positions that matter. One favors individual liberty and private property. Or one favors the idea that we belong to the omnipotent state and our property is "ours" only at their sufferance. Individuals in the Liberty Movement terrify the tyrant. While most LE and .mil allegedly are strongly in favor of Constitutional rights, one wonders when they last read the bill of rights. School yard bullies who grow up tend to like work where they are encouraged to brutalize others, and be told how heroic they are for doing it. One needs to realize that so far most of the violence has been committed by government thugs. At some point a courageous few will decide it's time to return fire. It will get bloody but in the end Liberty will prevail.

In what alternate universe were Chicago cops packing S&W .44 Magnums as backup guns?

"Mr kevlar piss pot looks like he never passed the medical or physical."
OR SNACK BAR for that matter.

"wann wird die nacht der langen messer kommen? der kreis kreist immer."
To are non German speaking readers he or she has made reference to "the night of the long knives" which occured on a week end in June of 1934. Of the 13 corps commanders of the SA, all known or suspected Gay's, only 7 were killed in the Roehm purge. The rest, along with the probable thousands, perhaps tens of thousands of Gay's remaining in the SA, were quickly reassigned by Hitler, who put the entire SA under the authority of Himmlers SS. Not all SA Gay's remained loyal to Hitler however. At least 155 SS leaders were killed in late 1934 and 1935 by "Roehms Avengers" who would leave a slip of paper identifying their unit pinned to the body of each victim. Hitler said it was for moral reasons but lied. It was political due to Roehm and his 3 million SA members being feared by the German High Command, industrialist's, and other powerful political elements Hitler needed to maintain power. These murders of Gay's and non-Gay's had ironically been planned and carried out by Gay's in the SS.