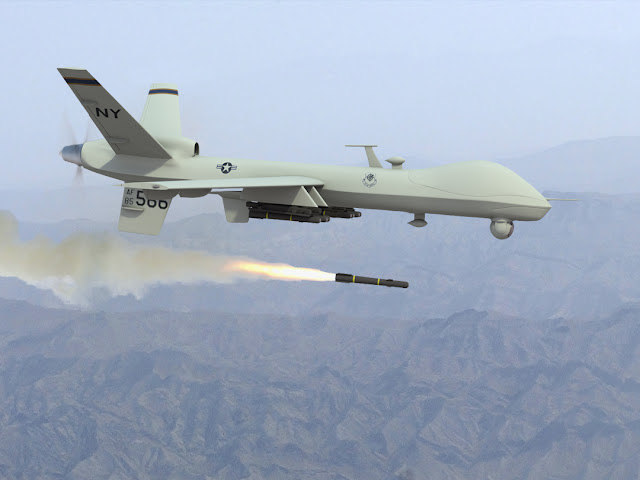 Washington, DC—At the end of the Civil War Congress passed the Posse Comitatus Act that prohibited our military forces from law enforcement activities on our own soil.  There was enough horror inflicted by soldiers burning down homes all over the American South.  Wanton acts of cruelty by military forces on American civilians were beyond shocking.
Our Congress has steadfastly refused to turn this kind of absolute power to the government until Barack Obama wanted it.  That along with the power to imprison Americans without lawyers, trials or Due Process has placed us all in the crosshairs of an absolute tyrant.  These are just some of the very powers that Josef Stalin and Adolph Hitler had to massacre millions of their own citizens.
Additionally the despots of World War Two never had the kind of comprehensive data collected and stored on computer of every man, woman and child like our government collects today.
A tyrant today in our Whitehouse could murder us far more efficiently than ever before in the history of the world.  We are handing over additional raw power to our government to destroy and plunder us every second.  I guess we refused to learn that absolute power corrupts absolutely.
The political Left bitterly and rightly decried the Patriot Act but under Obama it has been expanded significantly.  Now the Left is silent about that and some many other attacks on American’s liberty, privacy and peace.
The government has been sending unmanned drone aircraft to spy on Americans and these flying machines can also destroy our homes and businesses.  Needless to say anyone caught inside will be incinerated.
Soldiers take an oath to defend the Constitution and most may have some sense of right and wrong to prevent them from committing atrocities against fellow Americans.
The problem with the drones is that they can be operated by or mercenaries or even criminals.  Unlike conventional military aircraft pilots we will never know who is behind the curtain at the controls of killer drones.   They will only place people behind the controls of the drones that will blindly take orders from superiors.
Frankly I can understand why Americans want to shoot the drones down on sight if they appear over our property uninvited.
At what point to we say enough?  At what point do Americans began to retaliate against politicians and their bureaucrats with gasoline, bombs and firearms?  Frankly, four more years of Barack Obama’s ambitious destruction of liberty, free enterprise and privacy will invite a second and far more deadly Civil War.

Yes we must never forget our past, & what is past is prologue. We must be aware of new kinds of wars that are being inflicted upon us today - yes on the American public.

Trusting our government is very difficult, especially when those in power are not only incompetent but also not to be trusted.

For instance letting safe banking laws slip, then paying out tax money to the banks to support them, then letting manufacturing disappear to other lands,

and which has made a mockery of working to own something, because it is set up to cheat you out of owning something -

And also what the hell is a derivative - all this legal deceit mumbo jumbo aka daylight/highway robbery and greed has caused not only American chaos but also world chaos.

WHAT BETTER COVER FOR TARGETING PATRIOTS... THAN SIGNING A BILL THAT FILLS THE SKIES..WITH EVEN AMATURES USING DRONES??!!! HES GETTING READY TO TARGET US, STRAIGHT INTO OUR LIVING RMS!!! AND, THEN CONVENIENTLY BLAME THE ROOKIS, AS IF ACCIDENT!! LEARN TO READ BETWEEN THE LINES...AMERICA!!! LETS NOT FORGET HIS ASSASSINATION CZAR, CIA-BREENAN, IS THE VERY GUY THAT COVERED FOR HIM TO BEGIN WITH, INCLUDING DESTROYING EVIDENCE THAT PROVES HIM FRAUDULENT- ANN D'S RECORDS AND PASSPORT TRAVEL DATA!! HE EVEN GAVE BARRY THE SS/NUMBER, HE USED TODAY!!! NOW HE WILL TAKE OUT BARRYS ENEMIES...! AND, BLAME THE HITS ON ACCIDENTS, BY OTHERS!! WHAT OTHER RESAON TO FILL THE SKIES WITH.....DISTRACTIONS & CHAOS??

Drones monitor and attack us beyond the range of our rifles, thus...only private pilots may be able to track them. Guys with rifles in Cessna's can take out the drones, methinks.

We will figure it out. As long as the Missus can buy the beer and it can be kept cold, I'm not getting up off this Lazy Boy.

You want REVOLUTION... TO CLEAN OUT THE MISFITS? (cut the power and stop the deliveries)

In Chicago, years ago, while detailed to a Federal Task Force, I shot several times at an armed offender at night in a dark alley, with a .357 Magnum loaded with 125 gr. jacketed hollow point 357's. The first shot I fired temporarily blinded me from muzzle flash, and the noise was deafening, with sound concussion and blast. All LEO's, please remember this. It would have been even worse if the incident had happened in a dark room inside a house, or in a vehicle. Many rounds are effective, but they do have their pro's and con's. It's a tradeoff. I now carry my .357 with the 158 gr. lead hollowpoint 38+P Chicago/FBI load, affectionately known in Chicago PD Land as the "Lead Messenger" . A tried and true load for handgun combat situations. Bigger my not necessarily be better, so think about it and choose wisely.