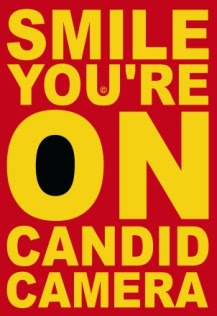 Chicago, IL—Secretly recording a conversation you have engaged with anyone carries severe penalties reserved only for our most violent crimes.  I’m not talking about wiretapping or capturing conversations of others but your very own!
These recording prohibitions only exist in the jurisdictions with the grandest histories of political corruption.  The reason for these laws is not for the protection of privacy but to protect politicians and bureaucrats from having these recording used against them in criminal or civil prosecutions.
The building inspector suggests that your code violations can go away with the right inducement to him.  A politician or his campaign aid promises support for your contract to perform work for the county provided you support his political war chest.  This kind of corruption is commonplace in nearly every large city in America.
I remember when Arizona lobbyist friends telling me how relieved they were when limits were placed on campaign contributions there.  They seemed to believe the extortion would somehow slow down.  Just months later AZSCAM broke and a number of members of the legislature went to prison.  The damning evidence used to convict was both video and audio recordings.  Arizona only required, “one party recording consent.”
Today the focus of these laws has shifted to peace officers being recorded by the media and public.  Cops have been arresting people that record them.  The fun part is that once the recording devices are shut down the stories about what was said vary widely.   We’d all rather hear what was said on tape than listen to the players recounting their own words.
Frankly if people know they can be recorded and that those recordings can be used as evidence their behavior improves dramatically.
Cops should recognize that the troublemakers with recording devices run the risk of having their digital media used against them if they break the law.   Nothing prevents a cop from seizing recording media that captures a crime in progress as evidence for a future court date.   Recordings far more often protect cops from the constant lies told by jerks to internal investigators.
Audio and video recordings speak for themselves. They are objective and don’t lie.  Editing is possible but that leaves unmistakable digital footprints that can be easily exposed.  Recordings rather than what people testify about are far more reliable.
Any politicians supporting recording prohibitions are merely looking for ways to conceal criminal conduct.  This is not about our privacy but rather protecting the very people that would victimize all of us.
In Illinois the recording prohibition was struck down for the second time.  Cook County State's Attorney

Crook County/Crookago, still Shakin Down, Still Kickin-Back, still payin to Play. Feds get the Minnows, the Sharks get away, as usual.