Was it a Stand Your Ground Law, or Darwin’s Law That Killed your Bully Son? 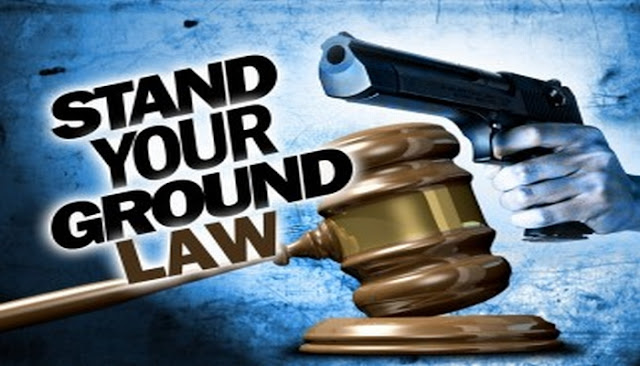 Grieving parents of thugs everywhere seem to relentlessly whine and carp when someone seriously hurts or kills their thuggish son.   Yes, it’s nearly always a son because daughters are rarely involved in these things.   Many parents want their sons to appear tough and fearsome and don’t discourage their violent manifestations.
It’s really not too much to ask young men to keep their hands and weapons to themselves.  Those that can behave, never wind up dead or in the hospital because a victim hurt them that they were assaulting.
Some 21 states adopted the so-called Stand Your Ground or similar Castle Doctrine laws.   In these states thugs that terrorize others can simply be shot or stabbed dead by their intended victims.  These laws protect the weak, elderly and women from being over-powered and severely injured or worse.  What’s wrong with that?
Too many young males are involved in risky behavior much of it fueled by alcohol or illegal drugs.   Why should anyone have to submit to a severe beating by a bully?  However there are those that want the law to take the risk out of intimidation, assault and battery.  But I ask, what about the risk to the thug’s innocent victims?
As a cop or now a defense investigator I have seen many cases of so-called road rage and similar events that begin with a minor transgression.  When the man (and it’s usually a man) over-reacts to the transgression a middle finger salute is too often displayed.  From there things escalate to injury or death.  In many jurisdictions the losers go to the hospital or morgue and the winners to prison.  I’ve learned that the middle finger can be a killer.
Why should we protect those that let their tempers slide into assaulting others?   If someone makes a decision to unlawfully attack another, they always deserve what they get.
If you examine this issue in its simplest form, its nature’s law not man’s law that’s involved here.  We all have been given the gift of fear and the instinct for survival.  We will nearly always engage in flight or fight so that we can live another day.  This is really so much more about bullies being victims of Darwin’s Law, not those Stand Your Ground laws.

Victims of Darwins Law? Not really. I wouldn't use the word victim except to describe the poor guy who had to bring them to justice.