Journalism, Race and Media’s Pimping for the Government 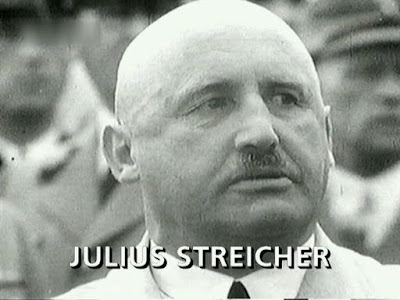 Chicago, IL—With the nasty rash of Black on White crime in the trendy Magnificent Mile area the media has fallen down miserably on their job of reporting news.

If you’re going to responsibly inform readers, listeners and viewers you must give the, who what, where and why or you fail. The recent bold attacks by roving gangs of Africa-American thugs on White residents and tourists have been covered up by the long established mainstream media until local cop bloggers forced the issue with their own reports.

The reasons for the cover up may well be designed to keep officials from sending more aggressive cops into strike force style units to combat this very real urban terrorism. The other issue is inflaming the community into demanding a strong police presence that would offend Chicago’s Liberals. The ignorant population can't take simple steps to avoid victimization unless they are informed.

The city administration on the other hand wants these stories killed so that tourism and the related cold hard cash taxation are not affected.

The last people anyone has concerns about are the victims of this crime wave. Failure to warn the public by both the city and the press is downright criminal. The blood of these victims is on the hands of the media and the city.

The Tribune’s editor seems to think that race is not relevant unless the height, weight, eye and hair color is given to them by police. Then only when they are seeking to identify the offenders. What kind of claptrap is that? Most of the time police are lucky to get more than sex, race and the approximate age from frightened victims.

Hiding the race of criminals serves no rational purpose except to satisfy a ridicules sense of political correctness. If you are going to hide any information from the public don’t bother doing the story at all. That changes the entire concept of a free press and turns the media into government propaganda shills. Gerould W. Kern, editor of the Chicago Tribune needs to know he’s been exposed.

My personal plea to Mr.Kern is to lean how not to be like that fellow in the picture. He wrote news to satisfy his government. He was later hanged for his news slant.
Posted by Paul Huebl Crimefile News at 6/12/2011 01:19:00 PM

Ow Paul, the city, papers, lawyers and liberals hate when you tell the truth.

This has been going on for years.

They got the Police Department they wanted.

God save the real citizens.

Whenever one of these articles appears now, the Tribune always disables comments, like in the recent case of a tourist who was shot in the ass while driving down LSD in the early morning.

By uncritically printing CPD press releases and then hiding comments where readers weigh in calling BS on the story, the Trib shows that it is not interested at all in printing the news, unless it serves some left/liberal agenda.

How can any journalist in good conscience continue to work there?

Gauleiter Julius Streicher was a Nazi Party leader and publisher of Der Sturmer, the Nazi Party's weekly "newspaper," a periodical filled with phony news and disinformation designed to fool the ignorant public. After the war ended, he was arrested trying to flee Bavaria disguised as a house painter.

The world has flipped. Mainstream media moguls who are as guilty as Streicher do the bidding of welfare negros and backstabbing jews. Winston Churchill said it best when he said, "The best argument against democracy is a five minute conversation with the average voter."

Daley all but Destroyed the CPD.
Rahmmie the Commie will finish it off

Why must everyone refer to blacks as "African Americans"?

They are black Americans. I doubt very seriously that they immigrated from Africa.

Please avoid the PC traps. That is part of the degradation of the fine country.

The shame of it is that we have lost one of our best assets as a free people. Our media is a joke. They hide the truth when it offends the very people that are destroying our freedoms. they clearly take sides (as the reporting on our failure of a president shows). The only good media left is talk radio and to a great degree Fox news. The written press is all BS, lies and omissions, as is most televised news. The trib tries to defend their lack of identifiying race saying the crimes were thefts , not race related. What a pile of crap. The animals ( all black) roam around until they find a victim that is not black. If that isn't race related, then what is? Don't trust the media nowadays, you won't get the truth from them.

What about this rampant corruption in Chicago???

Did anyone notice the Sunday Tribune story regarding the Ohare airport concession contract?

The reporters said Emanual signed an executive order prohibiting new appointees from lobbying city government after leaving and yet Demetrius Carney the Police Board President is lobbying on behalf of a group seeking Ohare concession contract.

Whatever happened to the Federal case and FBI arrest of Victor Brown?

The last time he was arrested by Rosemont PD impersonating a Chicago PO in unit 189.

Ol Victor got caught up by the FBI on video/wire while taking $ to fix the case of a Northside PO who went to the Feds.

The Feds had three additional officers on the wire, two are still on the CPD.


Whatever happened to Victor Brown's case and the corrupt Chicago Police Board???

The shame of it is that we have lost one of our best assets as a free people. Our media is a joke. They hide the truth when it offends the very people that are destroying our freedoms. they clearly take sides (as the reporting on our failure of a president shows). The only good media left is talk radio and to a great degree Fox news. The written press is all BS, lies and omissions, as is most televised news. The trib tries to defend their lack of identifiying race saying the crimes were thefts , not race related. What a pile of crap. The animals ( all black) roam around until they find a victim that is not black. If that isn't race related, then what is? Don't trust the media nowadays, you won't get the truth from them.

Don't be fooled my friend. There is NO good MSM, Mainstream Media. They are all owned by five individual corporate entities spewing falsehoods and deception.

CHeckout Alex Jones and the right/left paradigm. It's all BS to divide the masses and keep the power elite in control!

Chicago needs Bernie Goetz. The powers that be do not want to alarm residents of Chicago, or possible tourist to the city,that gangs of (mostly black) thugs are preying on them. The Chicago police are utilizing more police on the South and the West sides. So the gang bangers just go Downtown where the pickings are easy (white and have money and fancy electronics) and offer little resistance. If gangs of white people were robbing blacks there would be an outrage. When political correctness gets in the way of the truth.... you need another system. Political correctness = lies. What ever happened to "The truth will set you free" .... only if it is the truth you want to hear and not the inconvenient truth.

Do any of his relatives work for the Scum-Times or the Tribune??

if bullshit were music, the Chicago, Cook County, and Illinois Democrats (not to mention them nationally) would be the whole orchestra....

the Democratic appointees (including their judges), particularly in the Chicago area: "we were just following orders"....remind anyone of anything?

....remind anyone of anything?