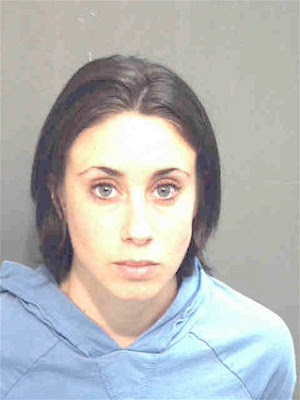 Orlando, FL—To call this case sensational is an understatement. Little Calee Anthony was reported missing by her grandmother in July of 2008.

The fact was the little girl was not missing, but in fact dead. How she got that way is still a mystery. What’s not a mystery is that the child’s mother, Casey Anthony knowingly covered up a tragic accident or worse with a complicated series of lies and peculiar behavior.

Accidental deaths are covered up all the time by those involved especially when they are ignorant and frightened. Nearly every human on the planet tells lies freely simply because they can. It is sad but profoundly true. Thankfully not every liar is not a murderer or the human race would have killed itself off long ago.

The sordid details of this case, has been fueled by delighted gossipmongers and the vast network of true crime buffs. What should be a dignified search for the truth in a courtroom has degenerated into a disgraceful circus.

The jury is charged with determining if Calee died as the result of accident, neglect or murder. The evidence in this case does not definitively answer that question. That is what reasonable doubt is all about. Acquitting Casey Anderson of the charges would be more than the gossipmongers could possibly stand so the verdict is written on the wall already.

Will Casey Anthony get a fair trial? There’s not a chance in Hell.

The jury is not sequestered and there is no chance that the jury was somehow protected from the influence of publication by TV, radio, newspapers or of course the Internet.

Casey will be convicted not because of guilt but that she knowing covered up with the series of lies and the high profile Guilty verdicts handed down by the groupthink of the true crime writers and pundits.

We must rethink the way we allow prosecutors and police to publically comment on cases brought against accused suspects. I have no problems with cameras in courtrooms as long as the images and video are not released to the media until after a verdict is rendered.

The American trial system looks more like ancient Rome’s Coliseum every day. America’s most basic freedom is in serious peril.
Posted by Paul Huebl Crimefile News at 6/09/2011 10:47:00 AM

"I have no problems with cameras in courtrooms as long as the images and video are not released to the media until after a verdict is rendered.
The American trial system looks more like ancient Rome’s Coliseum every day"

Could not have said it better myself. Great post.

Tabloid Justice and plus can we trust "Experts" ?Maybe - Maybe not...

But in this news bulletin from AP they are saying that numerous witnesses, including Casey's parents George and Cindy Anthony, also have testified about the overwhelming smell of a dead body emanating from Casey's car trunk. Does that prove she committed the crime?

"Entomologist Neal Haskell testified Caylee's body had completed a short, initial stage of decomposition before the body allegedly was placed in Casey's car trunk.
Haskell testified he based that conclusion on the remains of flies in a trash bag in the trunk. Haskell said he found only a single leg from the type of fly that feasts on a fresh body.
But Haskell said he found hundreds of eggs and adult specimens of another type of gnat-like fly which appears during the next stage of decomposition.
Haskell said the gnats were concentrated in stains on paper towels which were determined to be fluid consistent with human decomposition. Haskel said he believed the towels were used in an attempt to clean up a similar stain on the trunk's carpet.
Haskell estimated the body remained in the car trunk for up to five days, long enough for biochemical changes that attract the gnats, before being moved directly to the woods, likely in June or early July 2008.
Haskel said remains of more of the same gnats were found around Caylee's skeleton at the dump site.
Haskell's findings fit earlier prosecution evidence that dogs trained to sniff out the odor of human decomposition signaled that they found the scent on the ground near Caylee's playhouse in the Anthony's' backyard, and that the scent likely was limited to the surface rather than deep into the ground.
Numerous witnesses, including Casey's parents George and Cindy Anthony, scientists and crime scene specialists, also have testified about the overwhelming smell of a dead body emanating from Casey's car trunk.
Haskel's testimony conflicted with the theory of the defense that the car odor and fluid stains in the trunk might have come from household garbage. Haskel testified that the empty pizza box, empty soda cans and other refuse in the trash bag would not have attracted the flies."

Whether she killed her daughter is any body's guess. She is not the type to kill again IMHO. Whether the death was an accident or intentional We may never know. What is certain is that the GOD of heaven will one day judge this woman for what she did whether it was concealing an accident or a murder.
In any case, may she never again feel the warmth of a child, nor know the love of innocent trusting eyes.

The case of the missing heart - June 13th 2011, where so called "experts" give so called "evidence", and because they are CALLED "experts" we are supposed to give more weight to it, even when the evidence does not exist today, and this is how modern day lynch mobs are formed.

"In a potential setback for prosecutors, Fontaine testified that she did not photograph the heart-shaped outline or otherwise preserve the evidence at the time she first observed it. Instead, she continued conducting tests to try to identify fingerprints on the tape. (No prints were found.)

Fontaine told the jury that when she went back to photograph and record the apparent heart-shaped piece of evidence it was no longer visible.

It is unclear how members of the jury may view that lack of documentation by the nation’s premier crime laboratory. Fontaine’s testimony about the heart-shaped outline was based on her personal observation and her case notes."

Regarding tabloid Justice and a danger to Casey's case...

This Havard Psychiatrist's analysis at the end of this video below is full of S.... He does NOT have superior knowledge into the truth, and he is dangerous to Casey's Case!!!!

The Ex-cop dad is just upstaging Casey with his suicide note not intentional on his part - but this botched suicide is being using intentionally in the court hearing and the Judge is allowing it. The note and what the dad thinks or omits does not prove what happened

Because this video shows a Harvard Psychiatrist's warped POV - ordinary people are going to believe the psychiatrists NONSENSE analysis. She might be angry but that does not prove she has no empathy, or that she did what the prosecutors say she did to her daughter.