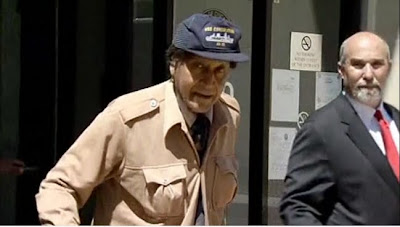 Chicago, IL—Protecting his country in both World War Two and the Korean Conflict was no problem for LaFerena Batchelor, 84 but now he is not even allowed to protect himself.

You see in this city run by officials that gratuitously violates the Constitutional Rights of their citizens as they label Batchelor and others criminals. The McDonald and Heller cases issued by the U.S. Supreme Court made it abundantly clear that all Americans not convicted of felony crimes or those witout a history of mental illness have the absolute right to keep and bear arms for self-defense purposes.

In Batchelor’s case he was denied the right to obtain a gun because he once fired a gun within the city limits to chase a pack of wild dogs away from his home. That was no felony but a very minor transgressio that happened 15 years ago.

Chicago officials now simply refuse their “permission” for Batchelor to own a firearm.

To Batchelor’s rescue is Chicago lawyer Joel Brodsky who is prepared to take the city to court which will cost taxpayers thousands for violating Batchelor’s rights.

It’s truly amazing to watch a city unable to hire cops to keep the streets safe refusing to allow an honorable senior citizen the simple right to protect himself.
Posted by Paul Huebl Crimefile News at 6/30/2011 09:09:00 AM

Welcome to Communist Chicago, aka, Moscow by the Lake, of the USSA.

Hey Democommiecrats, remember, What Goes Around Comes Around...

Are Chicago people retards? Why do they keep re-electing these f**kin anti-gun, anti-American morons? This why Chicago needs to be cut off from the rest of Illinois. Chicago gives the rest of the state a bad name.