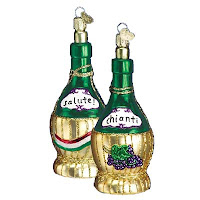 Chicago, IL—Having a time consuming assignment in this fine old neighborhood is not bad considering many great restaurants in the area. Taylor Street was the location of one of my all time favorites, Genero’s but that great place closed down. I became addicted to Genero’s when I was assigned to the Monroe Street District in my youth
Not to be dismayed I set out in search of some older looking; in the know neighborhood types and found a small group that might give us a recommendation. They told us to go to Salatino’s nearby at 626 S. Racine.

Getting a parking spot was not too difficult and we were seated quickly considering it was a Friday night.

We were greeted by General Manager Jimmy Psyhogios who was a friendly take charge type guy intent on making sure we had an enjoyable experience.

When I think of Italian dining there is an image of red-checkered table clothes and a candle stuck in an empty basket-bottle of Dago Red. Of course there should be the Mario Lanzi, Eddie Fisher and Al Martino music from the 1950’s and a waiter who sounds like he’s not long off the boat.

Those basket bottles have all but disappeared from the planet. The waiters have ben replaced by younger kids who have never even seen Italy except on television. As for the music, I heard none, or if there was any it was drowned out by the chatter of happy diners. But the proof was in the meal.

The decor inside this place included many large black & white period photos (1950’s) of Italian celebrities.

They brought us some of the best hot bread I’ve ever had. That was followed by some wonderful food. The portions were such that everyone gets a second meal at home later.

This night they had an unfortunate glitch with their computer system that confused our order and sent the staff into a minor panic. That did not put a damper on our enjoyment.

Salatino’s opened in December of 2010 by Jimmy Bannos and Scott Harris who also operate a Cajun joint at 111 S. Wabash called, Heaven on Seven. I think these boys got it right.

I see the next Food Network Star in the making here!

Yes, Chicago still has its moments.

Saturday at my son's ball game - perfect weather in a quiet, clean park - I saw an old gent wearing a dark blue jacket with an official U.S. Navy squadron emblem on it and I stepped up to introduce myself.

As I'd thought, he was a WW ll vet, and soon, the children's shouts and other park noises seemed to drop away, as he led me back in time and space to the deck of a ship in the North Atlantic in 1943. I was talking to a member of one of the destroyer escort teams that hunted U-boats in that pivotal year when Hitler almost succeeded in starving England out of the war. He gave me some details I never knew on the capture of the U-505 and the Enigma codes it contained.

But the high point for me came when he asked me if I had served and I told him yes, I was in Viet Nam. He then reached out and grabbed my hand and said "Now it's my turn to shake your hand. It was awful what they did to you guys when you returned, and I never agreed with that." I then looked him in his still clear blue eyes and told him that the reason I went in the first place was that he and his comrades-in-arms were my heroes, and I wanted to be like them. We parted then, and I realized that this may have been the last time I talk to a veteran of the Big One. Yes, a great day in Chicago.

May I say that your post made my day. There are too few vets of WWII left among us, and this country is lucky to have had men of courage and character answer the call. Now more than ever we need these types of individuals to stand up to the Marxist / Socialists among us.

I do so much bitching and criticising, it's good to have something positive to say once in awhile, and to put a smile on someone's face is icing on the cake. Thanks for the comment.