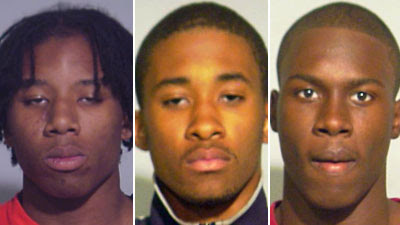 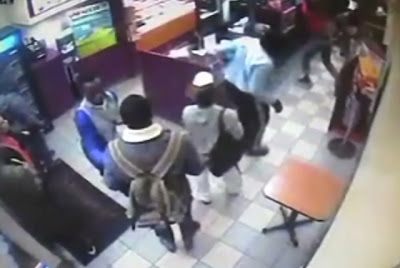 Chicago, IL—If you have a business in the now Flash Mob targeted Magnificent Mile insuring safety is vital. There are effective steps you can take to deal with theft and violence.

Armed security is the most effective way to deal with thugs. These criminals are cowards and you can use their fear against them. If you can hire off-duty cops that will use their training and experience to effectively control the situation.

Security cameras are meaningless except to warn you of what’s going on outside your front door or in difficult to monitor areas. Catching the images of thugs for potential later identification and apprehension does not protect anyone.

If you have adequate training including the law and liability of the use of deadly force arm yourself with a heavy caliber handgun for self-defense.

Keep valuable and unprotected merchandise away from the front door that might tempt such criminals.

If you are the subject of a Flash Mob attack immediate and violent resistance is the easiest and only effective way to stop the assault. Cooperating with these criminals will give them total control over you, your customers and staff. Surrendering to multiple thugs will invite more serious events such as rape and even murder. You may not get a second chance to resist.

You have an absolute right to use deadly force including shooting an attacker if, the attacker is armed with a dangerous instrument or if there is more than one assailant. Of course don’t shoot anyone in the back that running away at the sight of your weapon.

If you use deadly force do not make any statements to police under any circumstances other than to tell them you want a lawyer. Save that, “I was in fear of my life” script for a courtroom if someone decides to charge you with a crime.

The existing laws of Illinois and Chicago that ban the possession or carrying of firearms are in fact unconstitutional and will fall soon under their own weight. Don’t let such laws protect anyone wishing to harm you, your customers or your workers.
Posted by Paul Huebl Crimefile News at 6/09/2011 09:13:00 AM