The American Spirit of Freedom and Independence is Dead Today 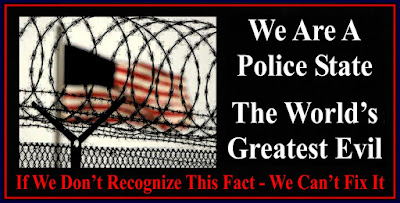 As we approach the Fourth of July we need to reevaluate why we bother to celebrate our pretend independence. Fireworks, parties and flag-waiving are wasted on a couple of generations of propagandized and brainwashed Americans that never experienced real freedom.

Americans have always assumed they had right to travel unimpeded by government. Who’d have thought in the days of the Continental Congress that we’d allow government to erect checkpoints where traveling Americans would be forced to submit to constant X-Rays and groping by an ignorant underclass of government workers?

People sigh and say times have changed and the world is somehow more dangerous. That is the big lie. Times or the dangers we face have never once changed since this country was founded. There were always bombs, guns and terrorists throughout this nation’s history. We’ve endured wars and even a Civil War without throwing our liberty away.

We have allowed some insignificant 13th Century minded Muslim crazies to alter the way Americans treat traveling Americans. We’ve allowed fear mongering politicians carte blanche authority to do whatever they want in the name of, Homeland Security. Today the United States has a force of government agents that Stalin and Hitler would envy to control thought, speech, and every other aspect of our lives.

We have replaced government leaders who were directly involved with protecting the American way of life on battlefields and in the trenches with people that don’t understand that concept.

The people we elect today are enamored only with their own wealth and power and care little about maintaining a nation where freedom is paramount. America has become the kind of nation we fought wars against. We are the police state that George Orwell envisioned.

Our criminal justice system no longer gives the benefit of the doubt to the accused. Instead it has taken on the specter of the ancient Roman Coliseum where television media celebrities give the thumbs down signal and the punishment begins. Years of changing the rules to favor prosecution has brought about a frightening degeneration of American justice.

Today we are a nation that humiliates 95 year-old, wheelchair bound women by demanding to inspect their soiled adult diapers at airports. Do we really feel safer because the TSA has been allowed run roughshod over American liberty?

Do we really need to do this to Americans? I’d like to think it is far more effective to keep people traveling on passports from hostile foreign nations off our airplanes.

The Bill of Rights has become only a monument of what used to be, once upon a time in America.

We have allowed the government outrageous power to destroy liberty, freedom and privacy. It’s our own government that is the real terrorist today. How much government tyranny will American’s accept today before they once again yearn for freedom? Will American patriots once again take up arms to curb and out-of-control fascist government? I sure hope so!
Posted by Paul Huebl Crimefile News at 6/28/2011 08:04:00 AM

I keep stocking up on ammo whenever I can.

The shite is definitely going to hit the fan soon.

Or time to stay and fight?

If we stay how do we form powerful groups in USA and how do we motivate the walking dead?

BOTTOM LINE how do we get rid of COERCION, INTIMIDATION AND TAXING TYRANTS.

Paul, you hit the nail on the head. This country IS going to hell in a hand basket. This is not the Country my father and millions of other fathers fought for in WWII.

In the American spirit of freedom and independence...

Regarding a hostile work environment climate which enables police corruption, police hacking, and police cover-up to live in large corporations or Government institutions – it is a bully and a culture against the American Spirit of Freedom and Independence.

If someone by reporting it - is able to disrupt illegal police operations, such as phone hacking, or police involvement to cover-up other illegal police and other illegal Institutionalized activity then that reporter will most likely find through first hand experience that there is a link between police and institutional corruption and police brutality, or murder even – such as may have happened in the case of ex- News of the World reporter Sean Hoare in July 2011…?

For more info
“The Ones That Are Taking Money Are The Ones Giving The Beatings” Police Corruption and Brutality: What’s The Link?
http://www.prisonactivist.org/archive/copwatch/pubs/feb95/corrupt.htm

So potential whistleblowers – know what you are facing before you decide to blow the whistle on police corruption which may be in concert with corruption in Government or other institutions outside of the Police force.

since there is no protection or justice for the whistleblower from the larger more powerful system that no longer holds dear the American Spirit of Freedom and independence, and is corrupt all the way through, because even the good guys in the system, if there are any left – can’t help.

In the case of News of the World reporter Sean Hoare who was born in England, he did demonstrate the American Spirit of Freedom and independence but he is dead today.

THIS IS SOME COINCIDENCE THAT HE JUST DIED NATURALLY – when one sees, or has experienced first hand, the underlying dynamic of retaliation that immediately follows the uncovering, and for reporting police & official corruption– and this may have been the real cause of his death.

This dynamic was also very well demonstrated visually at the end of the movie, "The Ghostwriter"