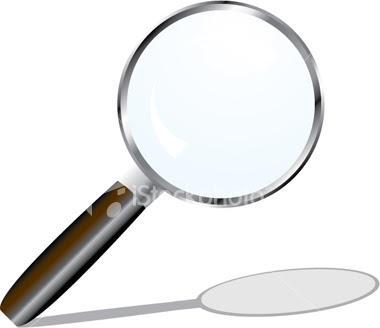 Former Spector defense lawyer Sara Caplan failed to give prosecutors their phantom fingernail fragment evidence they’d counted heavily on to make their case. Prosecutors, Pat Dixon and Alan Jackson somehow invented a theory that Lana Clarkson put up a fight with Phil Spector and had a small portion of her acrylic fingernail shot off during the shooting.

Sara Caplan revealed that Dr. Henry Lee, a forensics expert picked up a unknown white object off the floor hours after the cops turned over Spector’s home to his legal defense team. Had Dr. Lee found any items of relevant physical evidence he’d have been required to turn it over to police or prosecutors.

Dixon and Jackson claimed that any fingernail fragment somehow contained bullet wipe. Prosecutors claimed that this would prove Spector murdered Clarkson. Today that theory was more like butt wipe than bullet wipe. Sara Caplan was asked for the first time for the size of that item and she said it was about the size of her fingernail and made a diagram. Further testimony revealed that the item was in fact too large to be the fragment from Clarkson’s broken nail.

The prosecutors should have asked just a few more questions and they could have avoided the quicksand they fell into. Remember it was Judge Fidler who vouched for Caplan’s credibility over that of Dr. Lee in earlier proceedings. I have one word, OUCH!

Sara Caplan didn't lie she just was not asked enough questions in the earlier proceedings.
Posted by Paul Huebl Crimefile News at 7/12/2007 03:01:00 PM

paul im glad u cleared it up re Caplan. true she never lied. but sadly you have other posts, promoting and endorseming an unlicensed PI's bitter attack of her. you may want to remove or edit those posts, because there still there.

People have accused or otherwise suggested that Caplan lied under oath. Those accusations stand as reported.

It appears that Caplan did not lie and the accusations were based people not knowing all the facts.

Caplan seemingly made it clear that Dr. Lee removed something and prosecutor's wrongly called it "missing evidence of Spector's guilt".

In the end whatever it was that Dr. Lee may have handled had no relation to the Clarkson death investigation.

Sara Caplan's earlier limited testimony had a foul odor to it as it was assumed to be an accusation that Dr. Lee committed a crime. Indeed now it's clear Caplan made no such accusation.

Sara Caplan was able to clear any misunderstanding and perjury suggestions through her own testimony once someone simply asked her questions at Spector's trial.

The "unlicensed" private eye was just as wrong as the prosecutors because he assumed Caplan lied about what Lee may have handled but did not collect.

There is a lesson here for everyone.

I can't remember how many times I picked up items at violent scenes to examine them and discarded them because they were not part of the incident under investigation. That included garbage accidently dropped by paramedics, cops and other investigators while examining scenes.