Spector Trial Is In A Legal Quagmire 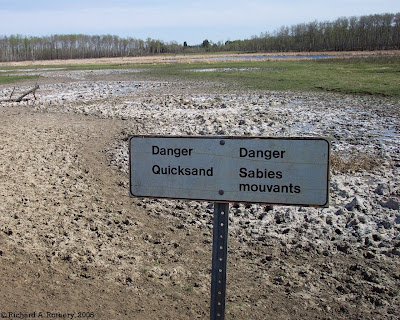 The murder trial of record producer, Phil Spector has turned into a predictable mess that has little to do about the death of Lana Clarkson or actual evidence that she was murdered or that Phil Spector is a killer.

Judge Larry Paul Fiddler let in everything including the kitchen sink to influence the jury exactly as the evidence starved prosecutors wanted to the absolutely prejudice of the accused. That as prosecutors, Pat Dixon and Alan Jackson spend every waking moment trashing the defendant’s character in every possible way. When prosecutors don’t have a case for murder, they can win by making the jury hate the defendant and pity the dead woman.

Adding to the circus is the defense team headed by the judicially castrated and now absent Bruce Cutler. I can’t help but believe that every single Spector defense lawyer now wishes he or she never went to law school. I suspect they also are praying to see the day they can pee on Larry Fidler’s tombstone.

Now the foremost defense forensic expert Henry Lee has apparently abandoned the job he was hired to do. Fear not, for there are enough qualified experts to show Clarkson died by her own hand.

Today the California Supreme Court dealt a blow to former Spectior defense lawyer, Sarah Caplan. She will be forced to testify or be jailed. I have suspected that Caplan lied in earlier proceedings and her lies will be exposed unless she now takes the Fifth to avoid self-incrimination. Spector may well benefit from whatever Caplan does next.

Today the jury saw and heard the very credible testimony from a long time close friend of Lana Clarkson, Jennifer Hayes-Riedl. Hayes-Riedl painted a sad and desperate picture of Clarkson’s tragic life. Clarkson was despondent because she failed as an entertainer and was forced into taking her humiliating, menial and par-minimum wage job at the House Of Blues.

Clarkson failed as an actress, comic and writer. Clarkson was mixing powerful narcotic painkillers with alcohol, was hopelessly in debt and nearly destitute. Although Clarkson was pretty, her life was not.

Before I hated this prosecution because I was convinced that Spector killed no one. Now I hate the prosecution equally because it forced the heartbreaking and salacious expose’ of Lana Clarkson’s once private life.

This trial is nothing but horrible and slow torture for Phil Spector and anyone who ever loved Lana Clarkson.
Posted by Paul Huebl Crimefile News at 7/11/2007 08:29:00 PM

i cant figure out how the saliva splattered and transfered from her mouth to his penis, then from his mouth to her nipples. did this all occur from the gunshot?

All the rats are jumping from the S.S. Spector because he's GUILTY, Paul.

You're wrong about this case, but you're right about Fred!

Paul I only watched the trial for the first time only because the courageous and gorgeous Sara Caplan is testifying. The judge was very impartial. But he DA is the one you should place in your cross-hairs. He ain't nothing but a pencil neck geek, that looks like Pee Wee Herman's twin brother. This guy is an embarrassment to the lost truth seeking justice system.