There’s Hope For An American Presidency 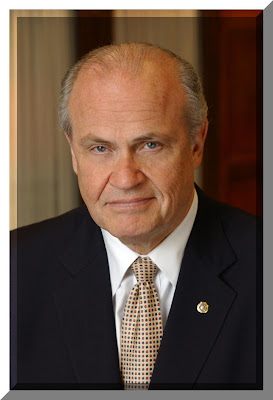 Ronald Regan led the country for eight really good years. He was a peacetime president that fought the taxem’ to death and reckless spend mentality that makes slaves out of too many Americans.

Since the great man left office we’ve had a sorry bunch or pathetic pretenders to the throne. Two big government, Texas Liberals wearing Republican clothing, and the commander of the Waco TX Military Assault Team, who governed American with a Whitehouse intern performing sex acts on him under his desk. Twenty-four years of mediocre jerks and an Arkansas criminal running this country was way too long.

The two major political parties have put up their presidential lineup and it was horrendous.

The Democrats put up the mastermind perjurer of Travelgate, and a Black Maverick with a drug history, while they try to raise a former Vice President from the dead.

Out of the ashes of these failed campaigns comes a proven somewhat Conservative Republican with rich experience who also happens to be a gifted actor, Fred Thompson.

For the first time in my lifetime I can see the Whitehouse not switching parties after a two-year term.

The referendum on the Left-Wing standard bearers was revealed in the failed Illegal Alien Amnesty Bill (improperly called immigration reform). You can count the 2008 votes in the rating of Conservative talk radio shows against the unsuccessful Bolshevik offering, Air America.

Talk radio and Internet has thankfully ended the stranglehold Liberals held on our mass media.

The narrow victories regaining Control of both houses of Congress will see a short life as Americans have seen the betrayal of America by the Liberal fringe element.

2008 has hope of a new Chapter of the American dream with Fred Thompson leading us out of the Abyss. Yes, Crimefile endorses Fred Thompson for President.
Posted by Paul Huebl Crimefile News at 7/05/2007 10:48:00 AM

I might ad this. We have had Bushes and Clintons for the past 24 years. Bush senior (4) the Clintons,(8) now Bush Jr for another 8 years. But we may end up with another Clinton for 8. Which would mean a total of 28 years of the Bush-Clinton-Bush-Clinton madness.

Glad to see you are spreading the word about Fred Thompson. He seems genuinely concerned with the American people and the problems we currently face, including the very serious threat of Islamofascism that we now face. His common sense ideas and willingness to stand up to the politically correct crowd make him an ideal presidential candidate and he's got my vote when the time comes.

Paul, this is MeMaw (Insights). I really like him, but you DO realize that all the Law and Order episodes with him in them will have to be suspended from the time he announces until the election? OUCH!