Where America Went Wrong With Muslims 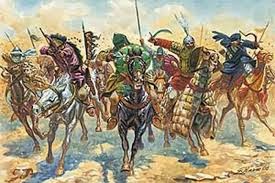 Washington, DC—The reality is that Arab Muslims are by nature a reactionary and savage lot.  They carry their bankrupt 13th Century culture with them that cannot nor will not ever integrate into a modern civilized society.
Arab Muslims have historically roamed the deserts almost exclusively making war on one another until all the foreign commerce barons and trade profiteers began to exploit them.
In the last 80 plus years we learned that the Arab Muslims were sitting on huge oil reserves we needed for our planes, trains and automobiles.  We began to pay them for their oil instead of developing the oil we already had.
The Arab Muslims also are the worlds leading Opiate suppliers.  They make a fortune satisfying all of the Western drug addicts.
The Arab Muslims hate the Western world despite that fact that they continue to do business with us.  These days bribes, favors and every possible form of corruption is what motivates and guides our politicians.  When it comes to our Muslim policy only dirty money rules.
Muslims may hate Westerners but the truth is they all hate each other more.  Today all internal Arab Muslim conflicts are all waged with American military blood, sweat and tears. We support our favored Muslim tribe and government’s battles over others.
George H.W. Bush took us to an oil war benefiting his pal’s own interests against Iraq.  Of course that angered at least half of all Arab Muslims.  Eventually that brought devastating terror attacks to American soil.
In effect, we interfered with and policed Muslims so they could not make war on each other.  Had we stayed out of Muslim Arab affairs there would be many millions fewer Arab Muslims to worry about.
Nothing would have been better for civilization than a massive war between Iraq, Iran and Afghanistan.  We could have simply came in after, cleaned up and gotten the cheapest oil ever.
Frankly our CIA could have easily been able to inflame each side against the other and there would be little Arab Muslim interest in fighting with the West.  It would be far better if these Arab Muslims were weak, broke and totally dependent of the rest of the world.
Arab Muslims now hate us more than ever.  They have never been so united and we can thank our corrupt Congress, Presidents, Bush, Clinton, Bush and Obama for anti-Western terror, TSA tyranny and the massive cost of their corrupt mess.
Arab Muslims will eventually use all of the deadly war weapons we brought to them against us.  In the end we let our own government become our biggest enemy.
Posted by Paul Huebl Crimefile News at 2/04/2015 03:36:00 AM

This is the first time that I have seen anyone write the truth regarding the matter. Muslims do not hate us because we are successful or rich or Christian. They hate us because our government has been sticking their noses where they don't belong for all these years. Just leave them alone to kill one another.