Our Malls Only Encourage and Enable a Future Epic Islamic Slaughter of Their Customers! 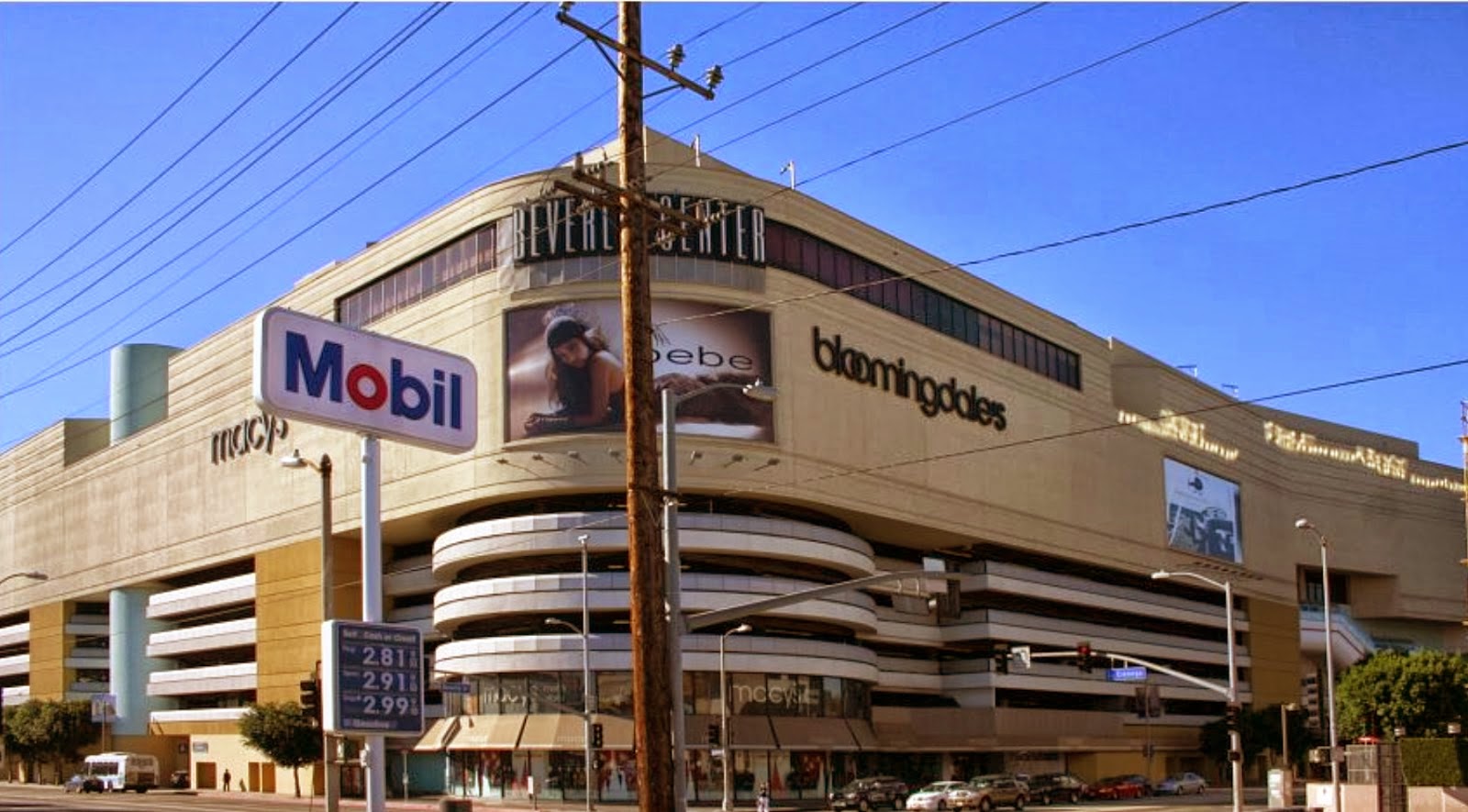 Los Angeles, CA—The recent video threat to the Minnesota Mall of America and similar targets has some people on edge.   They certainly should be!
The threat in Minnesota is not foolproof because that state allows for concealed weapon permits and frankly those prohibition signs are being ignored more often by permitted gun owners than the mall operators realize.
Should things get difficult, armed citizens will always follow their training and do whatever it takes to survive. A quick thinking armed citizen could really put a cramp in some terrorist's plans.
However right now pending the resolution of Peruta vs. San Diego, the draconian gun ban is in place.  All of the densely populated cities of California are Gun Free Zones.  Meaning only those willing to break the law will be armed.
No gun law will ever prevent or deter any dedicated terrorist or criminal from using bombs, gasoline or firearms to murder innocent people.
Terrorists would be far more successful at a Mall such as the Los Angeles Beverly Center shown above.   They have no armed security and the likelihood of facing an armed citizen is nearly zero.  Plenty of people could be murdered before the cops would arrive.
Eventually the cops will win and the terrorists could claim their 50 virgins in the hereafter.  The mess would be huge international publicity.
Mall security in America has been under the control of gun hating property management companies.  They have long considered armed security an insurance liability nightmare.
Mall security duties have been reduced to marshaling lost children and the elderly that can’t remember where they parked their cars.   Should they see a disturbance or a crime, they are simply supposed to call the police.
I don’t care what background or training members of mall security departments may have, if they’re discovered with a personal defense weapon beyond lady’s ineffective pepper spray they would be fired on the spot.
Calls to the police these days would actually be made by shoppers that are all carrying cell phones. The security guards are nothing more that more potential hostages and victims.
The pathetic mall security procedures are all set in stone.  Local law enforcement cannot provide security for private businesses.   They can of course respond to service calls but the cops have no sufficient presence in any mall to immediately engage armed terrorists.
What every mall needs is a well-trained and armed security force to deal with active shooter incidents.  That will never happen without a massive change in our culture.
The only viable solution is to allow the law-abiding people to protect themselves under the already granted right to keep and carry arms.
Before that happens malls will begin TSA style screening of shoppers.  That will end the shopping mall as we know it and simply they will simply surrender their business to Amazon.com.
Posted by Paul Huebl Crimefile News at 2/23/2015 12:39:00 PM

An attack is more likely to happen in Minnesota than in California. Sure concealed carry is illegal, but the gang bangers all pack, and they wold not hesitate to open fire, innocent lives be damned.
Minnesota also has a large Somali population that a jihadist group could shelter in during their preparation phase. That area is already a recruitment center for fighters in Syria.
Lets be honest, as a free country, we are pretty much screwed as far as prevention goes. Where we excel is in retaliation. At least we did in the last century. After 9-11-01 we should have bombed a huge chunk of Saudi Arabia and Egypt since it was their countries that furnished the fighters and the money that funded those attacks.
We have been lucky. Until the Boston bombing, all our wannabe home grown variety splodydopes were as competent as Barney Fife, or Barry Soetoro. I guess that means we now have a level playing field.
That's not to say I would not expect an attack in California. Given the large quantity of goods that pass through their ports every hour, the chances of some kind of device making it ashore are quite frightening. Why it has not happened is beyond me. Much of the good that arrive come from paces with less than stellar security, and a simmering hate for this great nation.

"I don’t care what background or training members of mall security departments may have, if they’re discovered with a personal defense weapon beyond lady’s ineffective pepper spray they would be fired on the spot."

I live in Wichita, Kansas and 17 years ago, when I worked at a movie theater, on Friday and Saturday nights there is always a Wichita Police Officer in the building, as well as every night at some convenience stores.

I'm not afraid of Muslims or foreign Isis groups they call these folks terrorists but my dear fear is of our own government,military,police,they have caused more fear in me than anything they try to convince me to fear I dont like the place I live anymore I don't like the men running it I don't like the plan that is so slowly progressing that people moving through there daily lives don't see the freedoms we've given up on the bullshit name of terror I will say this everytime I see a police car I feel fear but I have great conversations with Muslims in the bus that I'm forced to take because I owe money on child support less than 2,000 and I've done jail time ive had my licence taken I cannot fish hunt vacation our out of country cant afford an apartment then when I find a passion in life with cell phones selling them fixing them helping people the right way I start doing good business picks up and the cops harass me saying I'm a friggen drug dealer I'm doing what Americans have done for ages starting a buiseness now I have to fear seat coming to raid me at gunpoint because I have a lot of people coming by for help I've just had it if I were in charge of mind my own fucking business stay out of our lives demiliterize out police so they can hand out baseball cards and be good men again like when I was a kid now they all look like seat and the worse thing is they have a quota so yea fuzz hide behind a tree so you can catch someone doing 3 miles over the limit like a damn joke that you are I fear you cops nor any one you made up not a group that is prob not even real and if they are it's no diff than you cuz ya lock me in a cell for being poor well at least I'm trying we live in a world people where Bill Cosby is a rapist along with Michael Jackson and trump running for president the man cant tell his ass from his giant swimming pool a man that never had to think just says what his advisers tell him to he's never had to know real struggle so how can he sympathize with our struggke the real common man if of people are getting crazy in the streets if they riot and cause trouble it's because they are walking thru this hell just as furious as they should be and they ain't takin no more they are getting your attention because there is nothing else we can do except take our America back from these yuppie brainless heartless fucks that seem to think green paper is more important that a father's love it passing down knowledge or skill nope they want there cut the greedy oily finger bald headed rich man that grins when you suffer the people making our country into something sinister and ugly I will die knowing I WILL NOT CONFIRM I WILL NOT BE YOUR SLAVE I WILL DO WHAT I FEEL IN MY HEART IS THE RIGHT MORAL THING ALWAYS EVEN IF I GET CRUCIFIED YOU WONT TAKE MY HONOR YOU MONEY SOAKED PIGS CAN DO WHAT YOU PLEASE TO ME THERES NOTHING LEFT YA TOOK IT ALL NOW I DON'T EVEN KNOW WHAT FORUM THIS IS BUT I HAD TO GET THIS OUT I'M SO DONE BEING SCARED OF POLICE AND JAIL CUZ I'M NO CRIMINAL THEY ARE WRONG MY HEART TELLS ME SO. MY HEART IS IN AGONY WATCHING THE WORLD AS I STAND STILL AND WATCH 300 THOUSAND IN SERIA FUCKING FOR REAL NIGERIA ,KOREA WHY DOES EVERYONE HATE ONE ANOTHER THIS STUFF IS JUST PAPER AND WE GIVE IT POWER THRU BELIEFE WE CAN TALK TAKE IT AWAY TOO BUT NOT DIVIDED WE NEES A LEADER OF EPIC PROPORTIONS I DON'T HATE ANYONE HOW CAN PEOPLE LIVE THERE DAILY LIVES KNOWING THIS IS ALL GOING ON I SHUT DOWN LONG AGO CUZ WHEN THE GAME IS RIGGED I DON'T FUCKING PLAY THE SYSTEM IS NOT UR FRIEND YOUR LIVES ARE BEING PLAYED WITH EVERYTHING WE BEEN TOUGHT IS ALL A LIE OPEN YOUR EYES IT'S OBVIOUS THEY ADVERTISE GET IS HOOKED AND LAUGH AT US WHILE COLLECTING PAPER THAT MEANS NOTHING WE BUILD THE SHIT TO MAKE PAPER TO BUY THE SHIT WE JUST BUILT HELLO WORKING FOR NOTHING IS SLAVERY SHOW THEM WHAT A NATION TAKING A STAND IS REALLY LIKE SHUT THIS FUXKER DOWN GOD BLESS IS ALL