It’s time For Another Holocaust, This Time in America. 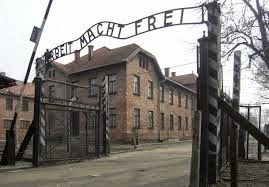 Washington, DC—What’s past is prologue.  We humans never learn from history as we allow politicians to control, plunder, pillage and eventually murder us.
No Holocaust can ever take place without massive ignorance ambivalence and apathy by the governed.  We are at that point once again.
The most important tool for dictators is absolute power.  That’s usually willingly handed over to despotic politicians that can convince their population that liberty must be somehow balanced and compromised with security.
We once had a Bill of Rights but we surrendered it piecemeal to our politicians.  They somehow convinced us into believing that they needed enhanced police power to insure our safety.
They swayed far too many of us into believing that our thoughts of self-reliance was really just a fantasy.
Like every despotic government many our own politicians persuaded a significant portion of the population into becoming totally dependent on government for their every need.
Soon it’s alway a simple situation of,  cooperate with government or stave and die.
For us a huge milestone was reached on September 11, 2001 with the Islamist attack on the World Trade Center in New York.
Our politicians claimed they needed more police power to insure our safety.  We quickly surrendered a massive amount of liberty by accepting TSA tyranny and groping at every airport and train station.
Adding insult to injury we embraced the Patriot Act and allowed our politicians to steal and squander hundreds of billions of tax dollars to fund their scam.
They never bothered to go through the political process to repeal our Bill of Rights.  Instead we simply turned a blind eye as they worked around and trampled on our hard won freedom.
Yes, this happened under George W. Bush and arguably well before his regrettable reign.
Americans led by the Leftist media were disenchanted with Bush and the Patriot Act and were led to a new, relatively unknown Messiah, Barack Obama.
Obama was and is unashamedly a product of a Communist inspired upbringing and Chicago’s infamous political machine.
To most voters anything seemed better than Bush.  Many traditional Liberals seemed only too willing to convince each other that Obama would actually undo the Patriot Act and concentrate on Social Justice.  Perhaps he’d even end our death penalty.
What Obama actually delivered was every bit of Bush’s policy, but on steroids!  That and the most mind-boggling deficit and tax increases ever in American History.
The massive Socialist, Obamacare train wreck is not part of this, so I’m not even going there.
Some strange happenings were going on in May of 2013 inside a Hong Kong hotel room.  A journalist, Glenn Greenwald along with a small group of German documentary filmmakers were meeting with somebody revealing the most massive privacy invasion in the history of the world.
A young, bright government contractor placed his duty to the American people over government thugs.  Edward Snowden revealed that a group of government criminals orchestrated the largest violation of Civil Rights in American history.  It was none other than Barack Obama leading this massive betrayal of trust.
Lets examine some reality here.  The Patriot Act, TSA assault on liberty or the illegal NSA spying never exposed or prevented a single known terrorist act.  Some of or politicians will claim otherwise but can never cite an example.
Instead a select group of politicians and bureaucrats had unlimited access to every phone call, text message, email, financial transaction and trade secret of yours or mine.
These are no less than the tools most needed by extortionists, insider traders and of course dictators.
Suddenly Obama and his henchmen gained massive power over uncooperative members of the media, Congress and the nation’s judges including the Supreme Court.
It’s been long accepted that, he who controls the information controls the world.  He is Obama and the power he seized is far greater than even Adolf Hitler had over Germany.
If you don’t think Obama has absolute power, simply ask yourself why Snowden is a wanted fugitive instead of our despotic President and those co-conspiring criminals that stole our privacy?
I was amazed last night to see Hollywood honor those brave German filmmakers that brought us the most important documentary of our time, Citizenfour with an Oscar.  Could the tide be changing now?
It remains to be seen what happens.  I know some within the media are beginning to wakeup primarily because Obama running the most secret government in American history.
It’s really long overdue for our population to rise up, surround the Whitehouse and purge this criminal junta from existence.
We are at a very dangerous crossroad in our history.   Will we fight once again for our liberty or will ours be the next government seen yet again imprisoning and murdering its own population?
As for Edward Snowden, he’s an incredibly brave American patriot and must be treated as one.  We must honor and protect this exceptional lad.