QUESTION: Can Drones Flown at Airports Save Lives? The Answer may be YES! 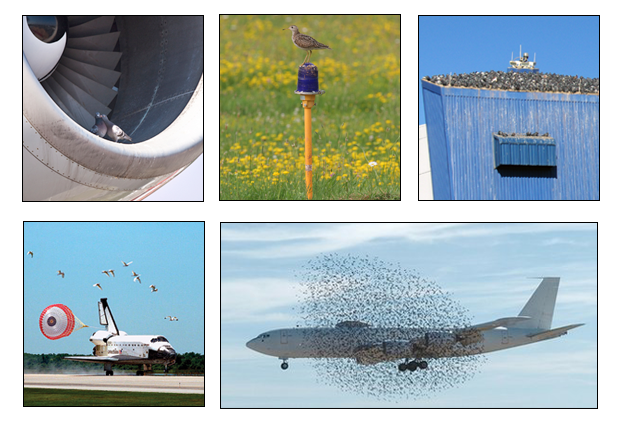 Los Angeles, CA—I had a brainstorm while watching a news story of those dangerous and sometimes deadly bird strikes that plague airports.
I wasted no time in calling my American Airlines pilot pal to ask him his thoughts on my idea.  He loved the idea and is convinced it’s inexpensive, workable and lifesaving.  Wow! This is the very same buddy that got me hooked on drones!
For some reason birds love airports and thrive in the critical runway areas where planes take off and land.  They are often seen as high as 5,000 feet and collisions between aircraft and birds have been catastrophic.
When you try to deal with the airport bird problem battle lines are drawn between the airports and the bird lovers.  Poisoning or shooting the birds is not on the table as a viable solution.
My idea is a simple one.  Airport workers could use small drones to stalk and chase the birds away.  Today airports must use workers in various ground vehicles to chase the birds.  Fences and brush too often keep the workers from getting close enough to the birds to frighten them away.
I’ve had birds actually attack my drones in the air.  Thankfully I’ve evaded them so far.  I know birds have a sense of hearing and survival and my drone like airplanes can’t seem to intimidate. However there are other ways!
I’m convinced that a drone equipped with a small electronic loudspeaker emitting a siren, horn or some frequency could solve the problem.  This would frighten or annoy the birds into finding peace elsewhere.  The drones of course would harm no birds or planes.
The most vulnerable portion of airplane flights is during takeoff and landing.  Flocks of birds have shut down jet engines on multiple occasions.
Pilots are required to report bird sightings and that consumes a significant amount of time and paperwork.  Fewer birds mean more efficient flight operations in addition to improved safety.
This morning I spoke briefly with one of the bird experts at Cornell University.   His first thought was that this idea might well be an effective solution.  That expert promised to bring this up with his peers for discussion.
This idea merits immediate research and testing by the slow moving FAA.
Since this idea is potentially life saving to please feel free to send this around to other people interested in the safety of our skies.
Posted by Paul Huebl Crimefile News at 2/26/2015 02:47:00 PM