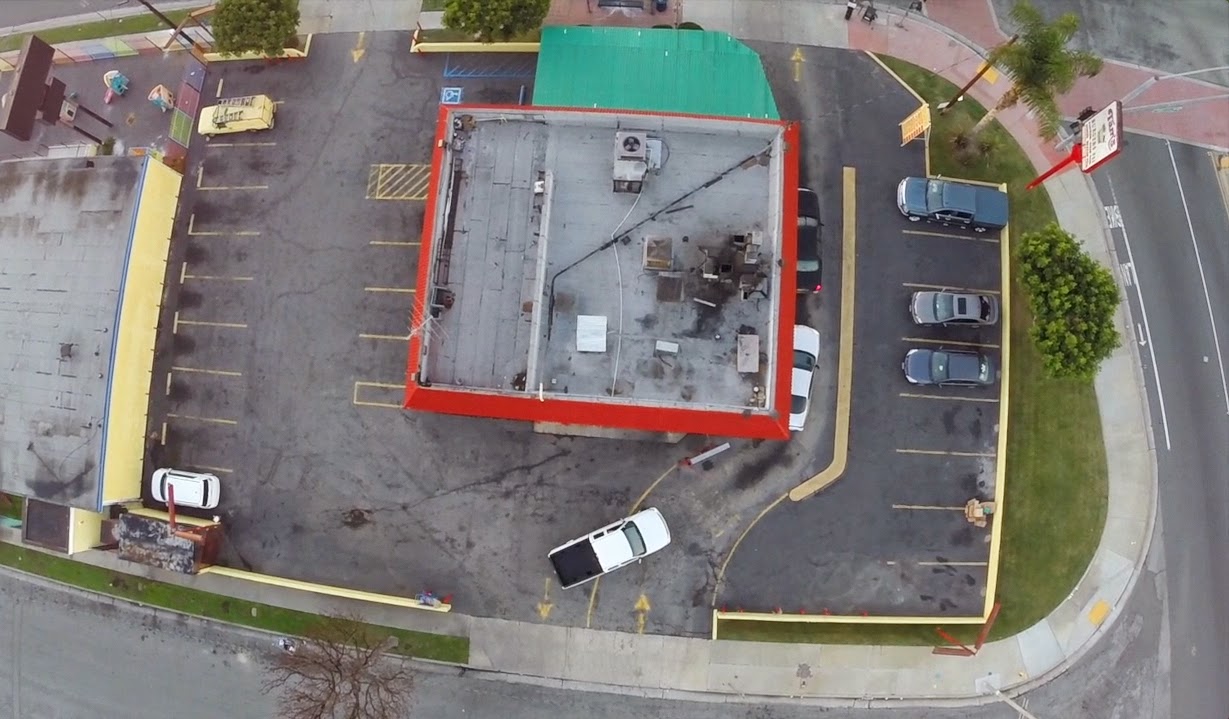 Compton, CA—Rap Mogul, Shug Knight’s lifestyle is very troublesome.  He’s done things that may be acceptable in the African-American Rap Culture but few other places.
Personally I'm in no way vouching for Knight's lifestyle or prior conduct.  My interest is only in simple fairness.
Violence seems to relentlessly follow Knight wherever he goes and he’s got numerous bullet scars to prove it.  Last weekend Knight was in the congested parking lot of Tam’s Burgers at Central and Rosecrans Avenues in Compton, CA.
Apparently once again violence broke out while Knight was seated in his truck at the drive in.   Knight understandably fled for his life.  In the process Knight apparently ran over his friend Terry Carter killing him and injured another man.
Knight was well known to the witnesses present.   Under the circumstances Knight’s flight seemed clearly necessary.  Knight fled to safety and called his lawyer, James Blatt.   Knight then quickly made himself available for the L.A. County Sheriff’s officers.
Knight is now charged with murder, attempted murder and two counts of fleeing the scene of an accident.
By the way I went to the scene to investigate myself and most notably there are no surveillance cameras that could have obtained video of this event.  If any video exists it would have to come from a hand held cellphone or dashboard camera of a vehicle.
I also flew my camera drone overhead obtaining video of the entire area.  The images clearly show that lot is surrounded by an unusual and unnecessary brick wall that significantly limited Knight's options or anyone’s escape through the narrow entrances and exits.
With the expected busy activity in the congested parking lot on a weekend night, quick vehicular escape from that lot would be nearly impossible without colliding with people or vehicles.  Had there been reasonable driveway space instead of the brick wall I suspect that no injury or death would have occurred.
When the laws related to exchanging information and rendering aid to accident victims there were promulgated there were no paramedics, just ambulance drivers and there were certainly no cellphones in everyone’s pocket.  Times have changed.
Those injured in Tam’s parking lot almost immediately got the best help modern medicine could provide.  Knight is no paramedic or physician and reasonably understood help would be on the way.  Knight simply followed the natural law of, fight or flight choosing the later.
Cops and prosecutors have it in for Knight and apparently will go to any length to jail him whether there is evidence or not.
They want to keep Knight behind bars while this tragic case is tried in perhaps a year or two.  They also know that Knight’s criminal defense will deplete most or all of his financial assets.
I simply can’t see any jury-convicting Knight who was obviously fleeing for his very life of anything here.
As for the victims and their families the only thing that really matters now is civil justice and financial compensation.  That’s why we all have insurance.
Using the Criminal Justice System for vendettas and publicity is wrong.  The cops and prosecutors need to recognize their duty and not waste taxpayer money on their current efforts to prosecute or persecute Knight.

Off the topic Paul but February 4th 1977 is the 38th anniversary of the loop L train crash. Eleven people were killed and one hundred and eighty people were injured. The train engineer was found to have marijuana on him. Seems like a case of affirmative action in action. Where were you at the time? Where you a Chicago police officer yet?I enjoy reading your stories and am curious to know your experience, memories of the L loop train disaster.

I was living in Marina city and could see the mop up activity from my apartment. I was at work in 012 when this thing actually happened. The CTA had a huge problem with their motor man and drivers consuming narcotics on the job.

Thanks for the reply. I almost bought a condo in Marina city decades ago. The bank rejected the mortgage after the Trib ran an article about structural damage at Marina. To have a view out your window of the clean up from a horrific train wreck is something one can never forget. You certainly do not live a dull life.