“I’ve Got Nothing to Hide! Who cares if they’ve Got All My E-Mails, Phone Calls and Financial Transactions?" 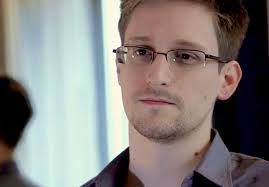 Washington, DC—The documentary film is called, CITIZENFOUR and may be the most important documentary of our time.  It’s been nominated for an Academy Award.
The German producers of this film were blessed with incredible access to American hero and NSA whistle blower Edward Snowden.  This was at the time when he was handing over data and documenting the massive criminal acts of our President and high intelligence officials to the Guardian Newspaper.
The only person ever indicted for a crime was of course Edward Snowden.
Frankly the sheep do not understand that our democracy will never be the same because of our people’s stolen secrets.  Political extortion, financial manipulation is our future since the Genie is forever out of the bottle.
But for the ignorance of masses, they’d rise up, storm the Whitehouse and immediately hang the occupants for treason.
Buy a ticket and see this remarkable film.  Then ask yourself why the German government did not grant asylum to Edward Snowden?  Is it because of what Barack Obama may have learned by tapping German Chancellor Angela Merkel’s phone?
Team of CITIZENFOUR –  nominated as Best Documentary Feature:
Dirk Wilutzky ( Producer)
Mathilde Bonnefoy ( Producer)
Laura Poitras ( Director)
Patricia Schlesinger ( Commissioning Editor Norddeutscher Rundfunk)
Barbara Biermann ( Commissioning Editor Norddeutscher Rundfunk)
Bettina Reitz ( Director TV Bayerischer Rundfunk)
Hubert von Spreti (Commissioning Editor Bayerischer Rundfunk)
Sonja Scheider ( Commissioning Editor Bayerischer Rundfunk)
Carl Bergengruen ( Managing Director MFG Baden-Württemberg)
Posted by Paul Huebl Crimefile News at 2/16/2015 11:38:00 PM

The answer is: Because Blackmail Runs The World, now and forevermore.

If the sheep have nothing to hide then they should have no complaints giving me their social security number and credit card numbers.

You are right on the money. The NSA spy program has gathered the dirt on our influential politicians, and supreme court justices. They are all being blackmailed to remain silent Until someone comes forth to show the proof of being blackmailed to go along, the practice will continue. We need someone to have the courage of Edward Snowden come forth. Only then will the empire collapse.