Is Shug Knight being Railroaded on a Bogus Murder Rap? 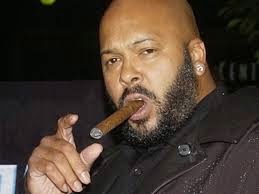 Compton, CA—I was simply curious as to why cops charged Rap mogul, Marion “ Shug” Knight with Murder, Attempted Murder and two counts of fleeing the Scene of an Accident.
Just what was the crime here I wondered?
I carefully watched the news reports and understood at least I think may have happened.  I also went to the scene at daybreak looked for surveillance cameras, took photos and overhead drone video of that Tam’s Burgers drive in where this happened.
Even at daybreak Tam’s was open for business.  On a Friday night this place is jumping and the small parking lot is always congested.
Very simply some kind of argument broke out and Knight who was inside of his truck and clearly wanted to escape from Tam’s Burgers.
Knight has been shot and wounded on at least three occasions.  He was also in the car with Tupac Shakur when he was murdered in Las Vegas.
What I can’t help but notice, is that Knight never seems to have a gun but he’s a wildly popular target for lots of very violent armed men.  I think it sucks to be Shug Knight simply because danger follows him everywhere.
When soldiers are sent into combat they become hypersensitive to movement, sounds and of course weapons.  They sometimes become irrational because they are suffering from PTSD.  Considering what a bullet magnet Knight has become over the past few years is he somehow immune from this kind of phenomena?
Arguing Knight’s own criminal past has no real relevance here since he like all of us understand fear and our own instinct for survival.
When we think we are under a deadly attack we all will become desperate and will do whatever it takes to survive.
Were there deadly weapons in that vicinity on the night in question?  If you understand Compton, the African-American culture and the local crime rate the answer can only be yes!  Just because some witnesses claim there were no weapons does not make it so!
What really matters is what Shug Knight believed he saw!  None of us are inside of Knight’s head and can know that for sure.
Is it that difficult to believe that any of the weapons present in the drive in just disappeared before the cops arrived?
Do we really think that the young men present would simply somehow confess to having weapons and or threatening Knight once the police arrived on the scene?
What happened is obvious at least to me.  Knight felt he was under attack and understandably panicked. He had no time or room to safely drive away from the danger.  He raced the vehicle forward, backward and the unfortunate souls in the way were struck by Knight’s truck.
Did Knight deliberately kill or injure anyone?  I just don’t see even the hint of intent.  The lot was congested, and it’s surrounded by a brick wall but for the narrow driveways. Knight was unable to escape in the heat of things without accidently running over the two victims.
An additional question must be begged and that is why didn’t the victims move away from Knight’s truck?
None of us were there and can only guess what happened.
As for video of the event, I’m convinced there is none that will make a case for murder.   Whatever the cops have they are hiding from everyone.  If they really had video that made their case the cops would have gleefully released it to the media.
Let’s examine the fleeing the scene of an accident charges.  The law only requires us to stop and exchange information as well as rendering aid to the injured.
Knight is a well-known celebrity in Compton.  His information was exchanged to everyone present merely by his appearance. Knight is no physician and knew that people present would be calling 911 to get help for anyone injured.  Everyone present had cell phone.
Knight had no legal duty to call or wait for police!  He had and still does a right to remain silent!  The hit and run allegations are preposterous especially if you understand that Knight felt threatened.
I don’t think any of us would be foolish to stay in that parking lot waiting for cops to show up under those frightening conditions.
This is clearly a case of cops and prosecutors hoping they can use the illusion of a crime to put someone they hate behind bars for life.
We live in a nation that boasts about its liberty and justice for all.  We claim that our justice system is fair and that the accused get’s the benefit of the doubt.
The Shug Knight murder prosecution will be a serious test of that system.  Will Knight get the benefit of the reasonable doubt?  Will the state be forced to put forth evidence of Knight’s actual intent to harm?  I don’t think they have any sufficient proof of intent.
We will all have to slowly watch this evidence and testimony unfold in various hearings and perhaps at a trial.  As a long time licensed defense investigator,  I must find my way through lies and twisted evidence.  There will be no shortage of that here!
The Shug Knight case promises to be a challenge for the defense.  Frankly I’m disappointed that the cops did not investigate further before making the arrest.
I will keep an open mind for some convincing evidence but I just don’t see any on the horizon.  I certainly would be able to help Knight if I was his defense investigator.
The lot was nearly empty at daybreak when I made my visit and we can only assume the driveways were blocked with cars coming and going in this popular place during the altercation.
Check out my drone video:

Paul, I think you should go to the location at or about the time the incident happened to get a real feel for what occurred..

I'd be pleased to do that however if I'm retained as an investigator. I did need a daylight view of the land for preliminary investigation.

Law enforcement could, and indeed, may already have done background checks on those involved in the altercation. Arrest records, gang affiliation, etc.

If no record of these individuals/"victims" eating at the restaurant (inside video), any firearm violations, or self-identification as gang members....

You wouldn't need to be a rocket scientist to see these folks were there for a hit.

Yes he is being railroaded because the county is trying to use the pass against him the past got nothing to do with what happen he was protecting his self. Like bone said none would of never happened if he didn't approach him. Why would Shug need a gun he was raise to fear no man. Others uses guns to claim themselves for hardness. . yes if the jury look at it not for his pass and see he was endanger he is going to be off the hook. Terry was his best friend... Bone was to but Shug was just making peace. Free Shug Knight...........