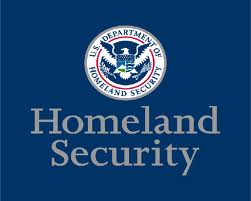 Washington, DC—I have access to intelligence material that’s been passed around to local and state cops as part of the recent terrorism warnings.  Frankly it’s all baloney designed to scare the public into thinking Barack Obama's suspension of our privacy, liberty and freedom is somehow necessary.
They have cited several prison breaks have occurred over the last five months in the Middle East and Indonesia.   A few of the 1,500 prisoners that escaped are supposed big boys in the terrorism business.  That’s really, business as usual since none of them ever did anything on our soil.
It is now the Muslim Holy month of Ramadan.   Ramadan began on July 9 and ends on August 8, 2013.  Islamic extremist groups have allegedly have “chatted” their desire to conduct attacks during the last days of Ramadan.  They make that same chatter each and every year at this time.
There is absolutely nothing different except the shrill cries by our politicians seeking ways to relentlessly grow the TSA and their very real threat to our freedom.   At the same time the massive political corruption has permeated the private contractors involved in the mercenary, spook and spy business is gobbling up our hard earned money.  The criminals in our Whitehouse, government and their financial supporters are bankrupting America.
When we turned over national security functions to private contractors we opened the door to the massive corruption we have today.  We allowed for an additional
shadow government monster like or federal reserve system that controls our currency.

Frankly we need to exit the Middle East and let those nations sort out their own problems while we use our own oil resources instead of paying extortion to the Arabs we’ve empowered and made obscenely wealthy.
As for the current terrorism political fear mongering, don’t fall for this scam.

Or maybe they are finally acting on the intel that led to Benghazi.....

Reuters has uncovered previously unreported details about a separate program, run by the U.S. Drug Enforcement Administration, that extends well beyond intelligence gathering. Its use, legal experts say, raises fundamental questions about whether the government is concealing information used to investigate and help build criminal cases against American citizens.

The DEA program is run by a secretive unit called the Special Operations Division, or SOD. Here is how NSA efforts exposed by Snowden differ from the activities of the SOD:

Purpose of the programs

NSA: To use electronic surveillance to help the Federal Bureau of Investigation catch terrorists, the U.S. military fight wars, and the Central Intelligence Agency collect intelligence about foreign governments.

NSA: Much of what the agency does remains classified, but Snowden's recent disclosures show that NSA not only eavesdrops on foreign communications but has also created a database of virtually every phone call made inside the United States.

SOD: The SOD forwards tips gleaned from NSA intercepts, wiretaps by foreign governments, court-approved domestic wiretaps and a database called DICE to federal agents and local law enforcement officers. The DICE database is different from the NSA phone-records database. DICE consists of about 1 billion records, and is primarily a compilation of phone log data that is legally gathered by the DEA through subpoenas or search warrants.

Disclosure to the accused

NSA: Collection of domestic data by the NSA and FBI for espionage and terrorism cases is regulated by the Foreign Intelligence Surveillance Act. If prosecutors intend to use FISA or other classified evidence in court, they issue a public notice, and a judge determines whether the defense is entitled to review the evidence. In a court filing last week, prosecutors said they will now notify defendants whenever the NSA phone-records database is used during an investigation.

SOD: A document reviewed by Reuters shows that federal drug agents are trained to "recreate" the investigative trail to conceal the SOD's involvement. Defense attorneys, former prosecutors and judges say the practice prevents defendants from even knowing about evidence that might be exculpatory. They say it circumvents court procedures for weighing whether sensitive, classified or FISA evidence must be disclosed to a defendant.

Before I retired I also had access to Fed terrorism alerts. Reading that stuff on a daily basis made me think that the sky was falling. After I retired I realized how this sort of stuff merely keeps us paranoid.

"Talk about an opportunity.

Intelligence, from somewhere, indicated a serious plot to attack US interests - notably an embassy, in an unspecified Muslim nation.

Within hours senators are defending the National Security Agency's highly controversial programmes for intercepting, that means bugging of some kind, of emails and phones across the US and the rest of the world.

"There has been an awful lot of (terrorist) chatter, which is very reminiscent of what we saw pre-9/11," said the Republican senator Saxby Chambliss on NBC's Meet the Press.

"As we come to the end of Ramadan, which is always an interesting time for terrorists, and the upcoming 9/11 anniversary, this is the most serious threat that I have seen in the last several years."

Mr Chambliss said he believed the intelligence had been gathered by the NSA using foreign surveillance powers granted under section 702 of the Foreign Intelligence Surveillance Act.

"This is a good indication of why they (the surveillance powers) are so important," he said.

Another Republican, Lindsey Graham weighed in. The senator said: "It is scary … the NSA programme is proving its worth yet again.

Coming at a time when the NSA is being investigated and pilloried in some quarters for violating the privacy of individuals. And at a time when the NSA has been exposed for spending $100m (£65m) on the UK's GCHQ facility in Cheltenham as part of its programme of global electronic surveillance, the US embassy scares are a Godsend."

A different angle or point of view if you will - of the same old hefty elephant that is standing in this surveillance room.