Can Al Jazeera America Be a Credible Source for News? 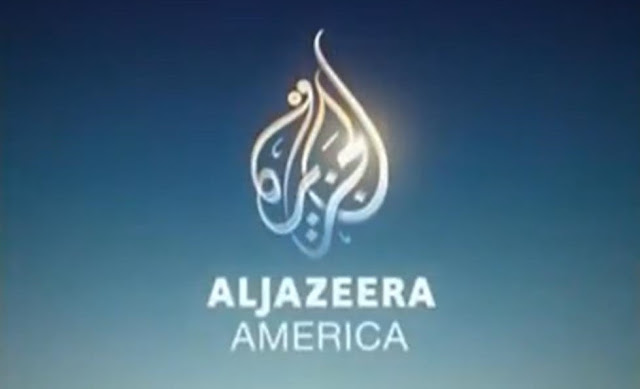 Los Angeles, CA-- Al Jazeera America has set up shop on our Cable TV programing.  They threw some serious money around to land some very respected TV journalists for their news offering.  Many people are fearful that Al Jazeera America will be slinging propaganda and disinformation to their viewers.  TV news is a powerful tool that brainwashes human minds rather well.
Need I remind anyone that NBC, CBS, ABC and CNN have been Barack Obama’s personal public relations team?  They never dare ask Obama tough questions and they always speak so glowingly of his Leftist agenda.  They hardly bothered to notice that Obama’s criminal machine unlawfully wiretapped them.  I have long suspected that Obama’s spying apparatus has gathered lots of embarrassing material on top journalists and their families and totally owns most of them today.
Al Jazeera America is the new kid in town.  I suspect that they want to gain an audience and make money.  Advertisers have been scarce and we will have to see what they bring in the way of ratings.
I have an open mind here considering what we already have in place is the kind of disinformation machine that would even make The Father of Broadcast Propaganda, Josef Goebbels green with envy.
We will see in the coming months what Al Jazeera America will be doing.  Can it somehow be worse?  Will they push the Muslim religion or philosophy on viewers?  Many of their 13th Century customs are absolutely horrifying to most Americans.  Will Al Jazeera America stick to reporting the news or will this just be another propaganda effort?
Let’s give them a chance to expose some of the scandals that the Obama News Network has hidden from view.   My hope is they will become a credible, reliable and important source for news.  Perhaps we should encourage them to do the task that they’ve undertaken.

If they are serious about doing hard news I'd be looking to do some investigative field producing for them!

Short answer, no. Obie just needed another jeer leader as the others might have faltered with all the scandals.

How would we find the bias in a Aaljeezera report, especially with the mainstream partisanship displayed by our native news sources? I don't see where exposing them can be harmful "Keep you friends close, aand keep your enemies closer".
By allowing them local access maybe they will disturb Joe Bagodoughnut's enough to turn off DWTS, or American Idol long enough to see the wagons circling, and get off his 4th point of contact.

Are they any less credible than the newsmedia outlets we currently have? I say no. The have as much credibilty as the rest of the MSM which is zero.

"Can Al Jazeera America Be a Credible Source for News?"

Well, I don't know. Are they a credible source for news anywhere else they operate? Or, are they the official mouthpiece for the muslim agenda? Didn't these guys sponsor street celebrations, after the World Trade Center terrorist attacks, in 2001?

Paul, for someone who's generally right on the beam, you are seriously off course to believe, or even hope that Al Jazeera can be anything beyond apologists for the muslim brotherhood.

To further muck up the water, try watching RT, Russia Today. A little heavy on the "Government needs to be involved in XXXXXX" angle, but absolutely more watchable than ABC, NBC, CBS, or CNN. Al Jazeera will certainly get a look see from me. And I am MAJOR LEAGUE skeptical of a muslim viewpoint. And if they kick The Bill Press Show to the curb, all the better.