Why A Simple Majority Cannot Take Our Gun Rights in America 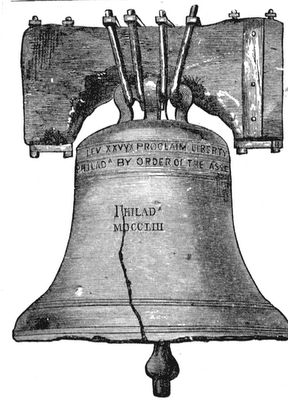 Washington, DC—The Second Amendment to our Constitution reads as follows:
“A well regulated Militia, being necessary to the security of a free State, the right of the people to keep and bear Arms, shall not be infringed.”
Now CNN claims their poll shows 52% of Americans favor “gun control”, whatever that means.
Many ignorant Americans and our politicians think that asimple majority can ban guns.  That’sjust not so since the right to possess and carry guns is spelled out in our Constitution.  Amending the Constitution and Bill of Rights was not intended to be easy.
Our politicians take shortcuts around the amendment processevery day to restrict our rights with the promise of more security.  Likewise our courts have been doing a poor job of protecting our rights by creating various exceptions to our rights often just because they think they can.  Of course the politicians appoint the judges and the jurists too often return the favor with a quid pro quo of bogus rulings.
By the way, our gun control laws were born in the Deep South as a way to keep newly freed Negro slaves disarmed under Post Civil War reconstruction.  The 14th Amendment giving us equal protection was the intended cure for that outrage.
The U.S. Supreme Court recently rediscovered the SecondAmendment because gun rights groups like the Second Amendment Foundation and the National Rifle Association began to litigate the un-Constitutional laws.   The members demanded this action and it was successful particularly in the Heller and McDonald Cases that struck down gun bans.
The court simply stated that the possession and carrying of firearms by law-abiding Americans is constitutionally protected activity.  The court dissolved the gun bans.  There are still hundreds of state and local gun laws that are flat out unconstitutional in the states controlled by the political Left.  Many Republicans are in conflict with our gun rights too.
Citizens can’t be forced to pay money to enjoy rights obtain permits or licenses before enjoying them. Rights are not privileges like driving a car, hunting or practicing a profession. The courts however have held that rights are not absolute and some minimal regulation can be imposed.
So why can’t a simple majority pass restrictive gun laws?  It’s because they’d first have to amend the Constitution.  That would be an impossible task on the issue of gun rights. Too many Americans want firearms for basic protection, hunting, andsport shooting.  Additionally manyAmericans like me want their arms to threaten and fight government tyranny.
Gun control laws are the choice of every political tyrant.  They can’t easily enslave, abuse and terrorize an armed citizenry.  Ourfounding fathers were wise to understand that situation.  History is replete with lesson after lesson of government tyranny.
Here’s how our Constitution can be amended.  It’s all spelled out in Article V, the Constitution can be amended by a vote of two-thirds of both the House of Representatives and the Senate.  That must be followed by a ratification of three-fourths of at least 38 state legislatures.
There is another way to amend through a Constitutional Convention but that is even more difficult and in fact has never happened yet.
The current resurgence of gun control efforts will fail because the Second Amendment is the law of the land.
The politicians and their supporters that think they’re above the law and make efforts to trample on American’s rights can expect real violence if they begin banning guns and arresting gun owners.
Our cemeteries are full of war veterans that gave their lives for freedom, liberty and our Constitution.  It may become necessary to again have another holocaust because our own politicians may try to dictate to us.
It would be totally proper and lawful for Americans to shoo tand kill government agents, soldiers or anyone trying to forcefully take their firearms by threat of force.   If they want my gun I will be happy to give them all my bullets in their face first.

You’re absolutely right Paul. One of the lesser-known aspects of our Constitution is that is it hard to change on purpose in order to protect a minority from the tyranny of a majority. I don’t believe that CNN poll for one minute but even if it were true it would have no affect on our Constitution whatsoever.

However that fact may prove meaningless because the rule of law means nothing in our country anymore.

“A system of licensing and registration is the perfect device to deny gun ownership to the bourgeoisie.” ~ Vladimir Ilyich Lenin

"It's not that liberals are ignorant, they just know so much that isn't true". ~ Ronald Reagan

"The strongest reason for the people to retain the right to keep and bear arms is, as a last resort, to protect themselves against tyranny in government." ~ Thomas Jefferson

The constitution is hard to change, but easy to ignore. Look at all you have reported on these last four years.
Have a safe and Merry Christmas.

Paul said "Likewise our courts have been doing a poor job of protecting our rights by creating various exceptions to our rights often just because they think they can."

I would also agree with anon@1254 as the rule of law has no meaning any more.

For instance - illegal coercion by a Judge - as in Roman Polanski's case, ie hidden rules and hidden thugs in the courtroom. All adds up to abuse of power.

The Authorities are currently powerless to stop a mass killing. With 300 million legal guns and nobody guarding the children or for that matter the rest of us at movie theaters and malls, & especially if a person does not use a gun like myself - this gun thing is totally out of control.

While attempting to overthrow the second amendment may be difficult, the politicians, such as in Chicago, believe they are the absolute law of the land, and have no problem threatening the law abiding citizenry with unjust laws.

People fail to keep all in perspective. The number of kids killed every year with black rifles is less than 1/10 or one percent of total death due to all causes. Not a peep about the slaughter on the highways or even a mention of the many that drown in pools, rivers and oceans...even bath tubs.
If the Sandy School shooting was indeed a staged event by a rogue team of operators hired to advance agenda to disarm Americans, cops and reporters need to uncover the truth of such.