How the Impending Second American Civil War Will Play Out. 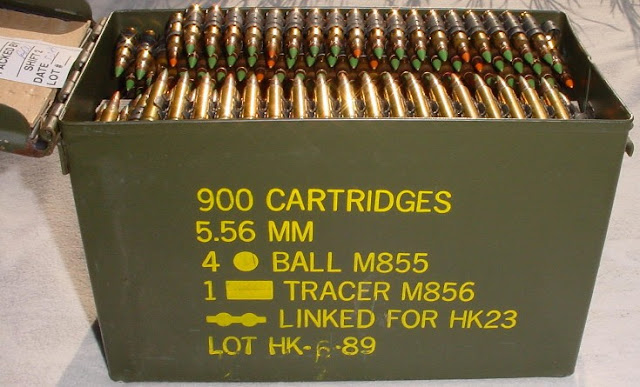 During the Clinton Administration tyranny came in the form of the 1994 ban on new sales and manufacturing of certain common firearms.   They did not try and outlaw or confiscate the ones already possessed by Americans.
Soon there were two serious incidents of violent resistance. There was the Waco Branch Davidians standoff and massacre followed by the bombing of the Oklahoma Federal Building.  The anger of millions of Americans boiled over they as removed an unprecedented Leftist members from Congress in the midterm elections.
Under the Obama Administration not only are the Leftist desperately trying to establish a far more restrictive gun ban they are now poised to seize the 401 K retirement accounts of millions of hard working Americans to prop up the Ponzi Scheme we call Social Security.  Many Americans would consider this an act of war, at least the ones that have set aside savings for retirement.
The National Defense Authorization Act was obviously created to use against any Americans that disagree with the Obama Administration.  When Conservative Americans begin to disappear it won’t come without serious retaliation.
Today’s America has never been so deeply divided.  Instead of state borders, Americans are divided by the boundaries of the larger urban areas.  The large Leftwing inner city urban areas are nearly all completely surrounded by Constitution loving Conservatives.   Should a massive insurrection break out the large concentrated urban areas would be crushed in a hurry.
The inner-city entitlement addicted people have no self-reliance skills, internal food, and water or fuel sources. They are tightly concentrated in geographic areas.  During an insurrection they’d soon be fighting among themselves for survival.
The suburban folks are somewhat more self-sufficient, and likely to have survival staples.  They will be able to trap or shoot small game when normal food supplies are interrupted.  The will also get support from others away from the cities.
Next we have the rural areas that are solidly self-sufficient and politically Conservative.  They control nearly all of the nations food, fuel and water.  Starving off the urban areas would be very easy.  Additionally millions of well-trained military veterans live in these politically conservative areas.
Needless to say there are no shortages of arms and bomb making resources throughout the vast areas of rural America.  The population there has the skills and discipline to use them.
The federal government would watch the loyalty of the alphabet police and the military to the Obama Administration become seriously strained.  Adolph Hitler insured loyalty by letting his upper echelon SS members keep a great deal of the spoils of their conquests.  Will American law enforcement and military allow themselves to be similarly corrupted?  Certainly some will.
Right now all over America,  churches, VFW halls along with American Legion Halls are loaded with veterans and concerned Conservatives.  Many of them have been quietly making contingent civil war plans.
Conservatives have stockpiled millions of weapons and billions of rounds of ammunition over the last four years.  They can be counted upon to already have solid plans in place to disrupt federal government operations, the courts and wipe out any collaborating alphabet police.
State and local police will begin picking sides.  This scenario would bring the greatest bloodbath this continent has ever seen.  The large urban areas would fall hard along with their starving entitlement zombies.
Even with all of the technology it will be impossible for the urban areas to inflict significant damage to vast rural areas especially without food, water, arms and fuel.
The inner-city people have some handguns.  The people in the rural areas have those too but they’re backed up with millions of rifles and shotguns.  The arms, ammunition and military hardware manufactures are all located far from the Leftist controlled cities.
The American Leftists would soon beg Communist China to send their troops and military resources.   With any luck tyrannical Leftist leaders will be dangling from scaffolds everywhere before that happens.
We must remember history, only three percent of American participated in the Revolutionary War.  Determined Conservative Americans don’t have to accept government Tyranny.   They just have to get serious and make Tyranny personally very expensive for rogue government politicians and their appointed bureaucrats.
Posted by Paul Huebl Crimefile News at 12/01/2012 09:11:00 PM

I have been saving the max amount in my 401k for around 20yrs it's over a million dollars now. If the government punishes me for saving my hard earned money and tries to take it I will go postal.

Rule number one, ACT ALONE tell NOBODY, EVER. Don't say cutesie innuendos at the bar. Plan. Make it quick and decisive. Know the risks. Do it. Shut your mouth. Repeat keep your mouth SHUT. Conscience may bother you on occasion and give you doubt about your actions. Ignore it, it'll pass. Remember you did civilization a solid.

Do not forget Randy Weaver and what happened to his wife and son.

HK23 is a nice piece of kit.Very nice LMG,dont know why they do not get more attention by SOF folks.Dam things in the HK21 model can be used as sniper rifles in a pinch,try that with a M60!!

What do you mean seize our 401K's? elaborate please.

Follow the money: 401K and assets held by insurance companies are among the last pools of "real" money available to "work with" for the political classes. I expect that assets will be first frozen or significantly restricted (as financial export controls are already in effect), then all private non-union pension funds will be "secured" by the Treasury, and recipients will be assigned an annuity based on US Treasuries to be paid into the future. I predict that a "bonus" of approximately 6% will found by current retirees in the checks they get, soon to be evaporated by a COLA (minus actual inflation costs) Scheme that reduces the actual spending power by half or more in 5 years or less.

No more lump sum withdrawals to buy a farm, or some gold coins. Trickle of money only, because it's mostly gone.

Gun Control alone will cause an uprising

I live in a suburban area outside of Los Angeles. I am sure I will be on the front lines, but I am ready to assist my conservative brothers when needed

Love your country, not you government... Remember that.

When it does happen, my one question is, will the military actually pull the trigger on civilians? Even if they do , they will never take the southern united states. We are ready.and willing to stop them at any cost. Fear is not an option. Prepare, then when its time, head out. Let the choas begin.

the marines will likely join the conservatives while the army joins the leftists. dont know bout the nave and AF

As a former Marine, I can tell you that the military will fracture with a large majority going to a conservative cause. The majority of the military regardless of branch are from conservative leaning states and come from rural or semi-suburban backgrounds. If the military leaders gave orders to fire on fellow Americans, all bets are off. If a second civil war ever takes place, the liberal democrats, welfare bums, and inner city thugs are going to be in for a nightmare.

I agree on a lot of issues. This country is divided politically. But resources are needed to win a war. And I will say City and and Metro areas dont have them. Water in the west will be huge. Water in the giant underground natural lakes in the midwest will be huge for the central part of the country which would side with the right. The south would also side with the right or conservative side. There would be many fronts in a new civil war. I would see the west coast and northeast against the rest of the country. Hands down I would predict major problems for the liberals or the north faction. Either way it would be very bloody and tear this nation apart again. This time the end might be different. I dont see a outside nation getting involved in fear of uniting the people of America. They would let it play out and then try to come in when the victor of the war would be at its weakest. Just words for thought.

Locked and loaded awaiting orders.
Time for talk is over. Time for action is now.