For My Older Chicago Police Family… 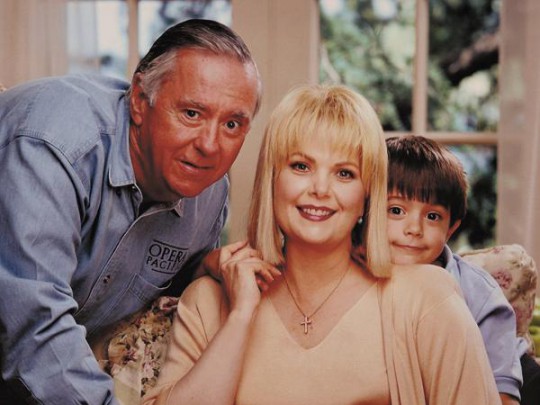 Sherman Oaks, CA—In this nice part of Los Angeles my best California pal, Andy Murcia is enjoying retirement with his wife, actress, singer and dancer Ann Jillian.
Andy had to retire early from the Chicago Police Department so he could be with his incredible new wife and manage her career.  Andy worked in VCD and was last assigned as a sergeant in #023.  Andy was always a cop’s cop.  They had to move to L.A. where Ann's career and the money were waiting.
Yesterday was Andy’s birthday and we celebrated at a family gathering last night.  There was a somewhat somber mood of sorts because Andy is about to enter a hospital and undergo open-heart surgery to replace a defective valve.  These days this is a common procedure with a great prognosis and years should be added to his life.
Still the thoughts about such invasive surgery are unsettling and even disturbing.  My thoughts will be with Andy, Ann and their terrific son Andrew for the next few months as they recover from this event.
For our mutual Chicago police family I ask for some prayers and positive thoughts for Andy and his family.
Andy has fond memories of the men and women he worked with during his police career and often writes about them in columnists.com.
By the way little Andrew seen in the above picture is not so little anymore.  He’s a top notch USC junior and President of his fraternity where he’s gearing up for law school.
Andy sends his love to all the men and women of the Chicago Police Department.

Godspeed Andy. You are in my prayers. I Hope everything turns out perfect, and you will continue to enjoy retirement - happy and healthy.

My grandfather (Robert Goodwin} was friends with them for many years. I'm glad to see them well..