The Better Government Association Speaks Out on Detective ShavedLongcock’s Blog! 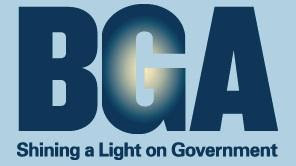 Chicago, IL—Let me begin by saying I have put the BGA on the spot here.   I’ve asked them some tough questions about their investigation of Detective ShavedLongcock's Blog and they have at least responded.  I’m far from satisfied that I have gotten my questions answered but frankly I did not expect much.
BGA spokesman Robert Herguth informed CrimefileNews that their organization had concerns that a public employee may be using taxpayer’s time and resources to publish what they believe to be a racist blog.
In fairness let me agree here in that this is a legitimate question because personal blogging on government time would be an abuse of public money.
I specifically questioned who or what motivated their investigation of Detective ShavedLongcock and Herguth declined to provide that information.  Additionally I asked Herguth if he could cite any actual passage or two that suggested that African-Americans were inferior or deserved fewer rights that others.  Again he declined that opportunity.
Most importantly here Mr. Herguth told me he was unaware that the Chicago Police Department had long ago blocked access of the department’s computers to every police related blogger that is critical of the administration including mine.  Saying that, the stated concerns of the BGA should end immediately unless they have some additional agenda
What I find interesting here is that the BGA is a private organization conducting the investigation rather than the police department.  The department may find stepping on their officer’s First Amendment Rights can be very expensive.  I have to wonder if perhaps the BGA is somehow working as an agent for the city?
One thing for sure is that this story has already taken on a life of its own because anytime efforts are made to chill the rights of Americans to think, speak or publish it’s everyone’s business.
Let me make it clear that the BGA can investigate and publish what they please unless and until they commit some actionable offense.  I’d like to think that they are above that sort of thing.
I can’t help but bang my head against the wall here that the BGA is not out asking about the $1,000.000.00 taxpayer grant to felons and thugs connected to a group called Ceasefire.  Instead they are going after some little guy writing controversial crap from his laptop.
I will stay on that I’m always looking for information and tips about any efforts to silence my fellow bloggers.   My cop friends all like to say they all hate the ACLU, that is until they need them.
Posted by Paul Huebl Crimefile News at 8/29/2012 05:47:00 PM

I agree, Screw the BGA, they can not infringe on 1st ammendment rights..."Shaved" come back !

I dislike many of the posts that Shaved puts on his blog and his very slanted views. However, he has a right to have his blog and his views. I do visit his site because he on occasion has interesting news. For the record, I dislike his musical breaks also.

I dislike his musical breaks also.

His love for Karen Carpenter is a bit disconcerting.

I am a fan of the blog. In fact I read it daily. It’s one of the few places to get the truth. Of course it’s racist. Did he do it on company time? Well, he is constantly updating at all times, so it’s likely.
You may not like it, but seems like a legit question to ask…

Please stay on this, also does anyone know if Obama ever paid the cost of his victory party downtown that he promised he would cover. Last I heard was the city had to foot that multimillion dollar bill.

This really sucks! I loved Shaved. I may not agree with his subtle racism, but he wrote what a lot of us think about certain groups that make up this city.
Bring back Shaved NOW!!!

7:30-- It's not racism if it's true. A high percentage of black america is in serious trouble. It's time to lose the fear of calling it like it is. As far as the BGA they can go take their liberal country destroying agenda and die.

Shaved calling Mexicans smelly beaners and all Blacks as welfare breeders isn't racist according to you I guess.

Well I'll be taking the BGA off my donations list. Their portion will just have to go to the NRA-ILA.

why does'nt the bga look into why the city is not funding their share of the pension. Why the city has money for bike paths, parks within parks, etc. just axin!

It's okay. I have assembled a non-pilgrim blue ribbon non-partisan panel to investigate DSLC. I will report back to you when all parties have been heard.

Unfortunately, when the the powers that be, want you, they will get you. It's a sad reality of being a
Public employee, we have little too no rights.

1. This to will pass once they figure out that, no one on the Dept can access any of the blogs via the Dept, computers.

2. The blog has more than a few around the clock assistants.

3. You must actually be on the City Payroll, to do something on City time!

Keep up the good work Paul.

Shaved is no longer an active duty member

Miss ya, DSLC. I hope you're back with us soon.

It's a blog, for pete's sake. Whatever happened to freedom of speech? Were they worried he was growing too big and more and more of the public was agreeing with him?

There's nothing wrong with telling it like it is.

At least come back to Facebook so that your fans can keep in touch?