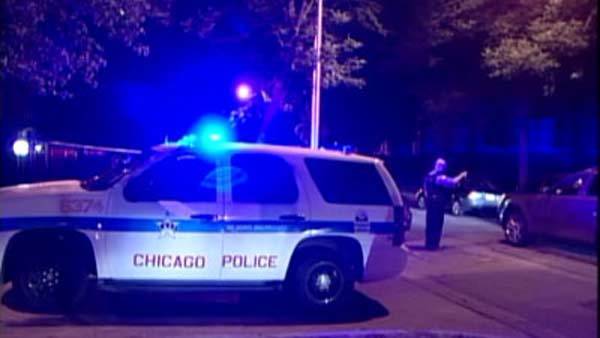 Chicago, IL—Within hours 20 people were shot last night in the Windy City and it wasn’t even on the weekend.   The carnage is confined to Chicago’s African-American community that celebrates a culture of violence, drug abuse and general depravity.
Despite having the nation’s most onerous three-decade old total gun bans, shootings here are as prevalent as typical war zones.
50 ward bosses or Aldermen control Chicago.  The wards are relatively small geographic areas that elect their local strongman.  The problem is that in the high crime wards the elected Alderman are by default deeply entrenched in gangs, crime, drugs and general corruption.  That’s just the Chicago way.
The 50-ward system worked a lot better before the massive and sudden migration of disenfranchised and poor Blacks from the South of the 1960s.  Horrible social engineering turned those migrants into a needy, ignorant and dependent population that were easily controlled through generous handouts.  Today excessive violence and carnage is a way of life in these African-American communities.
Chicago’s ward bosses simply want what’s best for their own street gang members.  It’s the ward bosses that make the policy of police enforcement.  The conflict of interest is obvious.  None of them want their crime soldiers put at risk by allowing effective policing or the law-abiding citizens to possess or carry firearms for self-defense.  The ward bosses do all they can to enable violence rather than deter crime.
Rham Emanuel inherited this mess and fell right in to place by giving in to the demands of the most vocal ward bosses. The ward bosses keep coming up with so-called anti-violence plans that are little more than extortion demands.
One solution they came up with just a few months ago was laughable but in reality beyond tragic.  Chicago’s political leadership handed over $1,000,000.00 tax dollars to a group of convicted street thugs called, Ceasfire.  These known criminals promised to reign in their fellow thugs and slow down the violence.  As any sane or sober person could reasonably predict the money vanished and the murder rate continued to soar.
Chicago has lost a significant amount of productive taxpayers who by necessity became exiled tax refugees.   Loads of major employers have shuttered their properties relocating to where taxation is far less extortionate.
Chicago’s politicians cannot provide adequately for their own personal greed enough to spend money on the police department so many of them hate. The manpower is shrinking fast and officers are just not being replaced.  Accordingly the remaining ranks are far to thin and ill equipped to combat the violence in any meaningful way.
Chicago has been awash with frightening Black on White ethnic violence in the Gold Coast area that were a stronghold for tourism and productive taxpayers.  That can only last long enough for those people to realize the danger and flee this once great metropolis.
Mayor Emanuel or any politician that wants to save Chicago must figure a method to consolidate the wards into perhaps five wards instead of 50.  That would greatly reduce the power local gangs have over City Hall.  The new ward bosses should be required to undergo strict background investigations and drug testing before their names could be placed on ballots to run for office.
Chicago’s productive and law-abiding citizens should no longer be restrained from their rights to keep and bear firearms and meaningful self-defense.
Productive Chicagoans must be given tax and financial reasons to stay and continue to contribute to Chicago.  Likewise employers must be brought back with tax breaks as well as a safe environment for their employees to liver and work.
As long as Chicago maintains the 50-ward system this city will become the nastiest and most dangerous place to live in any nation.

I live on the near north side of Chicago by the Water Tower. I am far from the wealthy that they describe who live in this area. I purchased an older small condo when things were cheap. I worked for the City at the time. While working for the City, one had to reside in the City. I have lived in several south side neighborhoods and was forced to move out due to crime. I chose this area because it was safe at the time. I wanted a door man for safety reasons. I was tired of having my place broken into. Last night as I walked down Chicago Avenue I saw all these policemen on horseback & on bikes. There were hundreds of feral & feckless characters roaming around especially by the CTA & McDonalds. I am just wondering what use police on horses & bikes are... I have never seen this area of Chicago this bad.

I am personally alarmed by what I have seen and experienced in Chicago. I have never seen it so seedy. Chicago allows aggressive panhandlers to shake people down. Litter is now everywhere. Mobs roam freely in the best areas. The CAP meetings are a sham. I am not sure what we are paying taxes for when things are just getting worse. This was once such a great city. My relatives could not wait to visit. Some wanted to buy here. Now no one wants to come here. They are too afraid. There seems to be little we can do in certain areas, but if the downtown & north side could not be saved...then it is the end of the story for Chicago.

What? Didn't the Awakening movement work in Iraq? Why not pay the thugs to police themselves here too?

Chicago Political Leadership is simply incompetent in anything except stealing Taxpayers Dollars, and rigging Elections. The Feds are at fault for failure to jail corrupt politicians, and perhaps, cooperating with them.