California’s Socialist Politicians have all but Destroyed Their Filmmakers 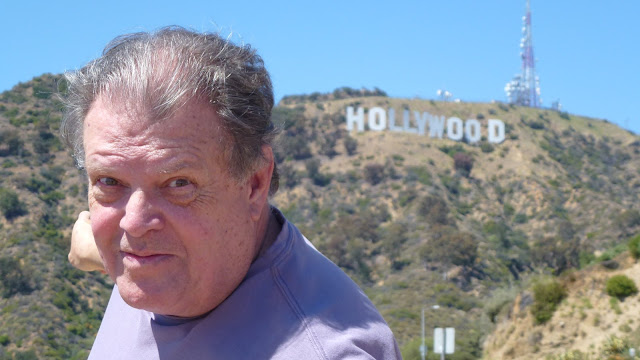 Los Angeles, CA—There are very few TV series and movies being made in California or in greater Los Angeles.   Perhaps they have finally murdered their Golden Goose through excessive taxation.  That’s a strange paradox since liberal Hollywood film industry movers send avalanches of cash to the politicians that demand the most taxes.
They call it Runaway Production when production companies escape heavy taxes and permit fees.  Canada has offered every kind of tax break and incentive to lure filmmakers for decades.
I was absolutely shocked to lean last year that Germany will grant filmmakers nearly $9 million bucks to make at least 25% of a film there!  It is apparently cost effective because movies and TV series provide jobs for productive German taxpayers.
California politicians must schmooze their film industry or lose it.  There are many places in America and foreign nations that welcome the movie industry with tax breaks, perks and major cooperation.  For California's politicians it may already be too late.
Chicago nickel and dimes filmmakers to death as they over-regulate them.  However any politically Conservative states like Arizona are right to work states and that creates problems for the many unions that represent workers such as the Screen Actors Guild.
It’s pathetic when production companies find it’s cheaper and easier to pay massive transportation costs to move their talent, writers, and producers sometimes thousands of miles away to save money.
As a writer, producer and actor I’m personally smitten with the idea of spending months in Europe working on films.  For me that’s already happened twice in recent years.
The German government paid half of the entire budget for my all time favorite film, Paul Verhoeven’s, Black Book!  I guess some in government have learned filmmakers are great for local economies.
The great German film director, Werner Herzog tell aspiring filmmakers to forge rather than pay local government film permits.  I think he’s on to something!
There are big changes in store for filmmakers.  The equipment is better than ever and far less expensive to make films.  Movie theaters are about to become extinct as the average family now has their own big screen home theaters.

By the way Paul - I loved "Black Book" too. The director has a real talent for casting real talent. Same in "Basic Instict"

Re: Hollywood not needed.

Germany also paid for much of Roman Polanski's

"The Ghostwriter" I believe.

And much of the film was shot in Germany in February 2009 in the Babelsberg Studios in Potsdam, Germany

Germany stood in for London and Martha's Vineyard due to Polanski's inability to legally travel to those places.

The majority of exteriors, set on Martha's Vineyard, were shot on the island of Sylt in the North Sea, and on the ferry MS SyltExpress. (I have actually been there)

Exteriors and interiors set at a publishing house in London were shot at Charlottenstrasse 47 in downtown Berlin (Mitte), while Strausberg Airport near Berlin stood in for the Vineyard airport.

A few brief exterior shots for driving scenes were shot by a second unit in Massachusetts, without Polanski or the actors.

I end with this - It is sad about what is happening to Hollywood Filming and creativity...

This might be off topic somewhat but you mention in your article about big changes for filmmakers. I was reading just the other day about a young man from New York named Dennis Lynch who produced a documentary about illegal immigration called “They Came To America”. He was not a political conservative when he started but was honest enough to tell the story as he found it. As a result his documentary completely shatters the liberal narrative that our border is protected and all illegals are poor starving people risking their lives for a chance at a better future.

Because his film does not follow the liberal script he has found it impossible to market through the normal venues. Film festivals and distributors alike won’t touch it with a ten-foot pole. One such festival – the “TriBeCa Film Festival” passed on his film but accepted a documentary about why men shave their testicles if you can believe it. Screenings of his film have also been the target of protests by sign carrying idiots describing him as a racist.

Mr. Lynch has now exhausted all his distribution options and is only able to sell DVD copies of his film from his website. This is a good example of how liberals force their world view on our mass media and make it impossible for alternative views to find expression.

You mention big changes and this certainly is an area where reform is necessary.

Let me say we are racing at breakneck speed to the full democratization of filmmaking. Technology breakthroughs are the driving force. It’s possible to make a watchable news story or documentary with nothing more than the latest IPad and a $5.00 program IMovie.

It’s always about marketing and distribution. Distribution is far easier today with Netflix, Amazon.com, WalMart and many similar outfits that really don’t pass judgment on the content. The want anything that they can sell.

Half of all major film budgets is spent on advertising and even that’s changing. Because its easier than ever to generate free or cheap publicity. Filmmakers need to upload trailers on every possible video sight. Send copies of the film to bloggers for their review.

Controversy can be the greatest sales tools of all time. Tip off the groups that have substantial membership and the buzz they create translates into $$$$$$$$$$

PAUL, IF PPL DONT BELEIVE THERE WERE COMMIES IN hOLLYWOOD DURING THE 40S WATCH A FILM ENTITLED MISSION TO MOSCOW, IN IT OUR AMBASSADOR TO RUSSIA ESPOUSES WITH A ENGLISH SPEAKING STALIN ON THE MERITS OF THE 5 YEAR PLAN ETC ETC AND THEN MRS AMBASSADOR CHATS WITH MRS MOLOTOV ON BEAUTY HINTS,AND A GUY SEES A WOMAN TRAIN ENG. AND IS SHOCKED UNTIL HE LEARNS THAT ALL ARE EQUAL IN THE WORKERS PARADICE