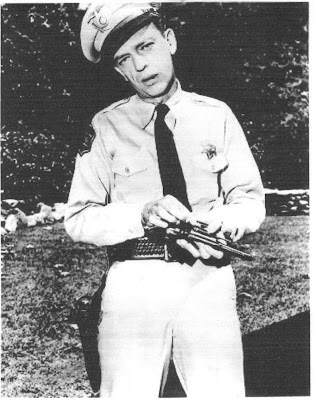 New York, NY—Yesterday a man fired from his job exacted revenge on a fellow employee in front of the Empire State Building by shooting him dead with a .45 pistol.   The man fled and local construction workers reportedly directed cops to the armed offender on the crowded city street.
Police officers apparently felt threatened by the armed killer and opened fire upon him killing him.   In the process nine innocent bystanders suffered bullet wounds.  Today it was sadly determined that every bystander injured was shot by police bullets.
Only a small percentage of cops really like firearms and strive to become proficient with them.  Most cops are satisfied if they can simply get a minimum qualifying shooting score.   That being said are the standards for qualification set high enough?
In my days as a cop in Chicago I was required to qualify four times per year on the range.   The department paid for the ammunition I used and that alone does not make anyone a proficient shooter.
The best firearms marksmen that compete in tournaments have ammunition delivered to them on wooden palates by forklifts. They don’t become so incredibly accurate by shooting four times a year, not by a long shot.
What they have done with the Chicago Police Department is a public safety scandal.  They have reduced the number of qualification times per year to just one.  They only issue each officer 30 rounds for practice per year.
Because of the limited constraints on qualification and practice the issue of fraud connected to the scoring and identification efforts of the officers actually shooting.  From the top down many officers just can’t qualify and range masters simply hold their nose and look the other way.  It's difficult to let police bosses fake scores and not give the same courtesy to patrol officers.
There are officers that are reasonably effective with such limited practice but they are rare to find.  Most however desperately need the in service firearms training.
Most gun battles take place between arm’s length and little more.   Cops rarely fire at suspects more than three meters away.  Marksmanship generally is not an issue. But that’s hardly comforting to the public that sees the wonderful but faked shooting skills of their favorite fictional TV cop heroes.   The public expects and deserves better.
Cop shooting deaths are down, not because they have better skills, but because of protective vests, better firearms and holsters.  A few decades ago more than 50% of officers killed were shot with their own guns.  Improved gun retention training and better holsters have made a big difference.
Modern emergency medical practitioners deserves a huge salute these days because they are able to save the lives of more than 90% of those victims who are shot by firearms.
For my cop readers, please for your own safety please get to the range and sharpen up because your families want you safe.

CPD was getting practice ammo from the Feds for every officer, for years. That ammo disappeared and was never accounted for. Most Cops never even heard about it, as CPD didn't tell its own Officers.

Many years ago I joined the Army and had an enlistment guarantee for my chosen MOS of 95B, Military Police. While at Fort Gordon, Georgia for MP School I was introduced to the .45 caliber pistol, something that I had never fired before. At first I was a horrible marksman, and came close to washing out because of it. One of the range instructors took the time to stand behind me while I dry fired, over and over. Sometimes he would load a round in the magazine and then hand it to me, and other times he would hand me an unloaded weapon. I had no idea whether I was being given the weapon loaded or not. He would tell me to concentrate on the site picture, and then tell me to breath out slowly and then hold it, and slowly s-q-u-e-e-z-e the trigger until the hammer fell. On those times the gun was empty it was obvious that I was jerking the trigger in anticipation, and he would give me a swift kick in the ass. After about half an hour of that exercise I finally got the hang of the slow squeeze of the trigger and became a pretty good shot from then on. In fact, five years later I joined the State Police and graduated from the Academy as a Master Shooter, one of only four in the entire class. Practice helps, but until you get the hang of the basics you won't become a good shot.

On the plus side, seven of the sixteen rounds fired hit the perp. On the down side, the remaining nine seem to have all found unhappy homes.
When you consider that the average officer is expected to hit only one in five in a combat situation, they did good on the shooting. It was every thing that led up to the shooting that sucked.

Some of that CPD practice ammo ended up for sale at gun shows. Some was used by instructors to better their marksmanship for competition. None of it was ever used for street cops to be better shots. Gotta love the CPD.

Anonymous said...
CPD was getting practice ammo from the Feds for every officer, for years. That ammo disappeared and was never accounted for. Most Cops never even heard about it, as CPD didn't tell its own Officers.

CPD officers qual once a year and fire 30 rounds,thats it.

Cops are poor shots period.Most are not gun people or shooters.Special people have their range scores penned in...you passed.I know white shirts that havent shot their guns in years.

I know white shirts that havent shot their guns in years.

Weren't they about eight fricking feet away? How in the hell could you MISS? What story would they spin had someone been killed? Having said that it should behoove those who are tasked with carrying a weapon to buy some ammo and practice on their own on the weekends or whenever. My company wouldn't pay for any "certifications" that I had to miraculously produce so should a cop have everything handed to them?

Anonymous said...
Anonymous said...
CPD was getting practice ammo from the Feds for every officer, for years. That ammo disappeared and was never accounted for. Most Cops never even heard about it, as CPD didn't tell its own Officers.

Yes, CPD used to fire 50 a year, before cutting down to 30, but the point is, that the Feds gave CPD ammo to distribute to every officer, each year, to practice with whenever they wanted to, but the CPD never told every officer and issued a box or 2 that officers were supposed to get via the Feds. CPD stole the ammo intended for its own officers to practice with.