Breaking News! Has a Popular Chicago Blog been Shut Down? 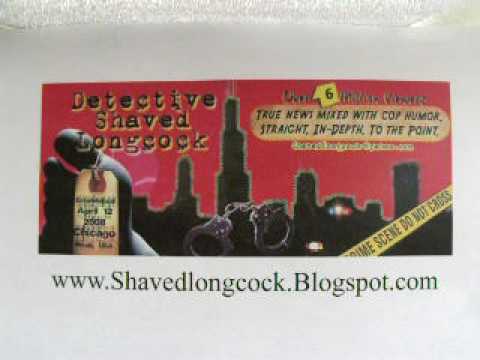 Chicago, IL—Today, the popular Chicago police inspired blog, Detective ShavedLongcock has been taken down but for a somewhat convoluted report about alleged harassment by Chicago’s, Better Government Association.
I’m not sure why the BGA would care about an alleged Chicago cop’s Internet publishing that happens to be more than a little critical of Chicago’s corrupt and rapidly collapsing government.
Most of this blogger’s readers refer to him as “Shaved”.  Shaved writes biting messages that calls attention to the vastly disproportionate violence in Chicago committed by African-Americans.
Various local Chicago media operations have denounced Shaved and his blog as racist.   I have to ask, it somehow racist to call attention to and report, that African-Americans commit nearly all of Chicago’s violence?
One only has to go to the morning felony court call at 26th & California and look at the nearly exclusively African-American defendants answering up to the most violent and despicable crimes imaginable.
Chicago’s media and politicians have been trying to cover up the reality for decades.  They refuse to face the fact that Chicago is totally under siege by an African-American culture of depravity, drugs and carnage.
Until the problem is acknowledged treatment and cures can never be found or applied.  Shaved has used satire and the stark reality to call attention to the problem
Shaved critics have threatened his life, complained to his advertisers and Google trying to silence him.  Until now Shaved has not wavered.
Now, the privately funded Better Government Association has apparently joined in the attack on Shaved and his right to think, write and publish.
I just put a call into the BGA for their side and concerns about shaved and perhaps other police bloggers like myself.  I’m sure they will get back to me as they promised sometime today.

"I just put a call into the BGA for their side and concerns about shaved and perhaps other police bloggers like myself. I’m sure they will get back to me as they promised sometime today."


with their usual mumbo jumbo bullshit, no doubt.


can't have the raw truth messing with their 'business' interests.


how heavily invested are the members of this so-called 'better government association' in the businesses of:


1. over taxation of the working citizens, to fund their retail sales to those who don't earn their incomes.

3. maintaining the enslavement, via economic dependence, of the voting mass of those who don't earn their incomes.

4. the retail sale, via investment influence, of illegal substances.

Freedom of speech....wait not in Illinois when it points at the actual perpetrators of crime and the state's debt crisis.

How did BGA shut down SLCs blog??Did they beef to EBlogger and they caved??I'm not familar with this organization.

Shaved should file a defamation suit against the BGA and Andy Shaw.

BGA is a tool of the
corrupt Chicago Political Regime. They are basically inneffective at doing what they are supposed to do, investigating, finding, and making public, Political Corruption. Instead, they harass a Blog Writer who's done nothing but state the truth. BGA is just harrassing this Blog Writer.

nice articles
We are a Private Detective in Delhi.we have lot of experience of detectives