Julian Assange Exists because of Government’s Lies and Damn Lies 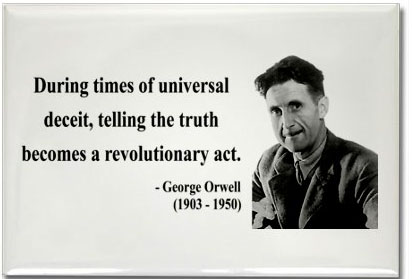 London, UK—This sad saga began when a non-mainstream journalist, Julian Assange obtained a huge amount of undeniable government records and simply published them.  They pertain to the conduct of governments we expect to he honorable, forthright and free.
Primarily the UK and the U.S. lied to their citizens and the world about the issues that led to two wars and thousands of American lives.  We all know that it’s our politicians that send our children off to fight their adventures.  Politicians must rely on public support and to gain that support time and time again through history they use lies and propaganda to achieve their means.

Politicians are serial liars by their very nature.  We all have the liars we prefer but we never demand they tell the truth.

A nation like Switzerland need not fear disclosure of their efforts because that nation is not ever involved with policing the world with their ideals.
Unfortunately the United States is run by a bunch of politicians that always gain personal profit for their misconduct.  War is always profitable for our politicians even when they can’t win.
The role of a journalist is not to protect governments, but to tell the world just what their governments are doing.  Famed writer, George Orwell that I quoted above also said, “"Journalism is printing what someone else does not want printed; everything else is public relations."
Julian Assange has taken great personal risk to do his job.  He’s embarrassed politicians worldwide and now they want to make him pay simply because he did his job.  There is an incredibly huge paradox, the nations screaming the loudest are the ones that claim they have freedom of the press.
I feel uncomfortable joining the ranks of Michael Moore, Danny Glover and assorted Left Wing radicals that have come out in support to Julian Assange.  I dare to say that the founding fathers of this great nation would have supported him too.
We must demand truthfulness, transparency and accountability of our government no matter what political animal or party is in charge.
It’s a total farce that the UK has placed a ring of 40 cops around the Ecuadorean embassy 24/7 to nab Assange if he tries to leave.  Ecuador has done the right thing here and I salute them in the name of freedom.

Email ThisBlogThis!Share to TwitterShare to FacebookShare to Pinterest
Labels: Freed of the Press, Julian Assange, Wikileaks

Paul, you know that publishing any criticism of Hitler or National Socialism was a capital offense in Germany 1933-1945. We seem to be going in that direction these days.

I am somewhat torn on this issue. Assange has released top secret information that has outed some of our clandestine operatives in the intelligence services, as well as foreign nationals who are actively working with our CIA people, putting all of them at risk all over the world. Our troops in foreign lands have also been put in harms way because of him. For that I think he should be tried and fried, but on the other hand, some of the info that he released just exposes some of the corruption of our politicians. It's a fine line between right and wrong in this case.

My take is simple we need to start over by embracing the truth and transparency and not allow our politicians to lie to us ever. If our entire intelligence apparatus is destroyed so be it. We can keep secrets of other nation’s activities in order to keep a strong defense misleading taxpayers is where it must end.

There are serious downside issues none the least of which was protecting the data and in that respect our government failed miserably. I’m convinced that the American public was the last to see the material that was published. If some blogger can get it so could any enemy government.

Yes, agreed on this issue. I feel this should also apply to US soldier whistleblower Bradley Manning -
Our frenetic searches for the truthtellers (Abu Gharaib, Cook County morgue body photo, etc) knows no end yet the corrupt decision makers (politicians & Wall Street) are seldom held accountable.

More Government Lies - Closer to home - but still
Orwellian in nature with a visual of bars over a man's face, who is being proclaimed by the press to be monster when the incident that started all this – was his son’s death while in the California High School’s care.

It is true that George Orwell’s thought police are alive and well and are living In California.

And the High School does bear some fault in how they took care of the kid and the kid’s family, but the press has not highlighted this - which is key.

So this is an arbitrary story on behalf of the School’s public relations, and not journalism at all, where a father who has been excluded by the school and victimized by his son’s death has been turned into a monster by the press because of his thoughts.

The dad through his crazy action plus his thoughts has highlighted that he believes the school bears some fault in his son’s suicide, but you would have to be looking for the truth - to be able to see the meaning in the man’s message.

They say the devil is in the details, and it certainly is - when used to frame people by covering-up pertinent details, by those in the media and Government who will only profit.

But isn't that what George Orwell was saying?

Have I come full circle? An Orwellian circle.

The Writing is On The Wall...And what is past is prologue. Nearly every day - a new bully is born.

"Only two persons in the government have had the courage to risk life imprisonment to leak massive amounts of government documents. Daniel Ellsberg leaked thousands of documents that revealed the sordid history of the US involvement in Vietnam and who President Nixon labeled for his actions “the most dangerous man in America.”

And now, Bradley Manning who is accused of leaking hundreds of thousands of documents that reveal war crimes in the US wars in Afghanistan and Iraq and questionable US diplomatic policies and duplicity with governments around the world.

The charges of “aiding and abetting the enemy” and of espionage are meant to threaten any others who might find the evidence of government criminal actions and alert the American public."

It's my understanding that the rape charges against Assange stem from him having unprotected sex with two Swedish women. The women initially wanted him to use a condom, but he didn't want to, and they went ahead and had consensual sex with him. After the fact, the women decided - or were persuaded - that this consensual unprotected sex was in retrospect a form of rape under Sweden's very pro-active and aggressive rape statutes.

Meanwhile, the Swedish government and the MSM continue to largely ignore the Swedish epidemic of violent forced rapes by non-Western immigrants that has officially turned Sweden into the rape capital of Europe and given it one of the highest per-capita rape rates on earth.

How ironic that the Chinese would allow a dissident to seek asylum and freely leave the country, without fear of extradition, while the UK, US and Sweden will not guarantee even that. Should tell you something.