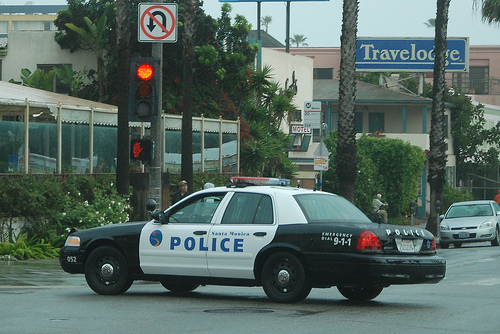 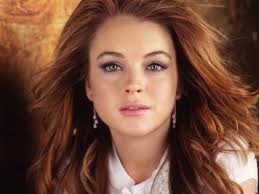 Santa Monica, CA-Pacific Coast Highway is an incredibly scenic stretch of highway next to the ocean.

June 8th was a particularly nice morning for the somewhat troubled young actress Lindsay Lohan.   Lohan was either a passenger in or driving a black Porsche Northbound in the 1100 block on her way to portray the late and great Elizabeth Taylor in a biopic film.

Something unexpected happened.  There was a collision between a large dump truck driven by an African-American male and Lohan’s black Porsche.
Lohan and a male occupant of the Porsche were injured.  They were being followed by a SUV that stopped and rendered aid to the injured.  Aid was rendered and the insurance information was exchanged.  Once that happens no driver is required to remain at the scene for any reason including talking to police or proving themselves sober.
Santa Monica Police responded to a call by the truck driver.  Police checked all three occupants of both vehicles for impairment and found them all to be alert and sober.
As what routinely happens with vehicle accidents some drivers claim the responsibility was on the other driver.
Was this a simple case of an inattentive Porsche operator driving too fast and being unable to stop in time to avoid a collision with the rear of the truck?  Was it a case of the truck cut recklessly in front the Porsche causing the collision?
Photos of the Lohan Porsche seem to support the cutting off theory since the damage is not from the kind of impact expected when making direct impact with another vehicle from behind.
A young woman interviewed the truck driver on video and apparently sold her recording to TMZ.  In that interview the driver claimed that Lohan tried to flee the scene by entering the SUV that was following her.  He also claimed she was trying to hide a pink bag.  To the contrary the evidence clearly shows nobody attempted to flea anywhere.
Both occupants of the Lohan Porsche were injured and required medical care.  That is more important than talking or arguing with the other driver.   The truck driver’s claim that Lohan was hiding a pink bag is beyond meaningless since if the bag existed nobody knows what may have been inside of it.  The truck driver went on to claim that Lohan’s people at the scene offered him money not to blab about the accident.  Did the truck driver attempt to extort money from Lohan and get rebuffed? I ask, who really cares about that?
The best part of this story is that Lohan and the other Porsche occupant have not been confirmed as the driver!  Police have yet to determine who actually was driving the Porsche!
So the Santa Monica Police Department have put out a press release asking for witnesses to come forward so they can determine what happened and most importantly who was driving the Lohan Porsche.
Let’s review this for a second.  There is an accident with property damage and minor injuries.  Both vehicles are presumably insured and the injured in the Porsche don’t want to make claims.   This is only about a minor traffic accident and who may or may deserve a simple citation.  Does this deserve such a police dragnet?  Are they desperately looking for witnesses because it involved Lindsay Lohan?
Let’s say arguably that the truck driver was without blame.  He has not suggested that he was injured and the damages, if any involve the truck he was driving presumably owned by his employer.   Insurance information was exchanged for the vehicles and the insurers will deal with the property damage in a non-criminal setting.
Lohan never missed a beat, once she was patched up at the UCLA hospital facility in Santa Monica she reported to the set of her film.
As a long time cop and PI, I found that it’s rare that you cannot assign blame to the cause of an accident.  Most often the drivers can’t wait to tell their sides of the story to police. This appears to be one of the rare ones where police don't know who was driving.
In this investigation the cops can simply suspend the blame due to a lack of evidence.  Lohan and her fellow Porsche occupants have an absolute right not to talk to police or anyone.  If before the Statute of Limitations expires they get enough evidence they can mail their summons to the driver who was determined to be at fault.
What we all must understand here is, that police have not been able to clear the truck driver or the Porsche occupants of being responsible for the accident.
Had this involved anyone other than Lindsay Lohan would anyone have cared?

Perhaps they can get the Greatest [failure] Detective in the World, Mark [Mr. Magoo] Fuerman, to conduct the investigation, so Loho is guaranteed a free walk again.