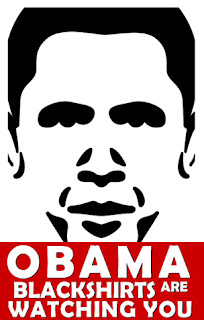 Washington, DC—With every new tax, restriction of liberty and now dictate to grant amnesty to the trespassers sneaking into this once great nation,  our citizenship is worth much less.
America was the land of the free and the home of the brave. Americans were once taxed at a lower rate than nearly any developed nation.
We’ve allowed politicians to create a police state where Americans are groped while entering airports and government buildings.  Our telephone, banking and Internet activities have for all practical purposes become government property.
Today tax rates have caused corporation after corporation to relocate to Europe for relief.  That of course has taken millions of jobs from Americans.
Today our dictator, Barack Obama has granted blanket amnesty to Illegal aliens and that has officially added a huge number of people to our dire unemployment situation.  That will also place these parasites to the front of the government entitlement lines.
The value of our citizenship has been reduced to almost nothing compared to foreign nations.
Of course the hardest hit by this outrageous amnesty will be Americas poorest citizens and the lawfully naturalized citizens that follow the rules.  They now must compete with a flood of trespassers for the few jobs we still had.
Any productive American that can flee the USA will be thinking hard of doing just that.  That is, until they place a Berlin style guarded wall to prevent our escape.  I know I am looking to find a way to spend my golden years in Germany or Switzerland.  Being an American is not fun anymore…

mexification has ruined california, & will downgrade the whole of the US & the standard of living of productive citizens. Add in catering to the muslims & Switzerland run by western europeans for western europeans looks great.

Our hispandering politicians never learn. There's a saying that Mexico is where Mexicans are. Think about it. Swaths of the country now resemble Mexico City instead of America.

I, too, was having serious thoughts about emigrating when I heard Barry Soetoro's announcement. America is dead and slowly turning into a third well hell hole.