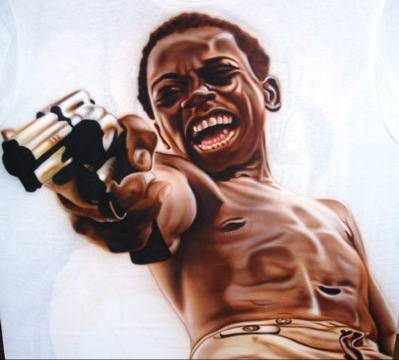 Chicago, IL—In this city known for rampant corruption and cronyism the politicians know what to do with the money they extort from taxpayers!  Whenever possible taxes here are only used to support thieves, thugs and liars.
Chicago’s ghetto violence is way over the top this year.  Whenever the temperature rises so does the body count.  Chicago's cops are undermanned, outgunned, underpaid and demoralized.  Their pensions are on the fast track to be part of certain future bankruptcy proceedings.  Imagine just what the working cops think of Chicago's latest anti-violence plan?
The only way to deal with violence like this is hire, train cops and send the violent ghetto rats off to prison until they are too old to hurt anyone.   That works.
However in the “City That Works” any anti-crime or violence program is acceptable only if wastes lots of money and as long as it doesn’t work.   The Mayor and his merry men are going to once again show how theft and bad government still has the affection of Chicago’s voters.
Chicago’s politicians have agreed to hand over $1,000,000.00 to a group calling themselves, “Cease Fire".  They were founded simply to take city tax money and pretend they’re working on violence reduction.  Of course Cease Fire will be working in “secret negations” to make Chicago safer.  I’m sure the time and money will be easy to audit that way.
Cease Fire is a group of, not so retired ghetto gangsters with significant rap sheets that are supposed to convince their pals not to kill each other, or innocent civilians.
They could hire, train and equip lots of cops that would have a positive result on crime reduction.  They only thing wrong with that idea is, that it works.
Chicago is bankrupt and we need not wonder why for a second.

Didn't the Fed. Govt. give a bundle of money to the Blacstone Rangers years ago to train black youths for jobs . That really worked of well ?????? And all those Federal funds were accounted for ????????? Politicians never learn !!!!!!! And this guy wants to be president someday ????? He dismantles the CPD and wonders why crime is out of control .

Yes! And one of the fake rev'runs, yea, they had them back then too, was hiding their guns in his " church " basement.