Could Barack Obama Face murder Charges in the Death of Brian Terry? 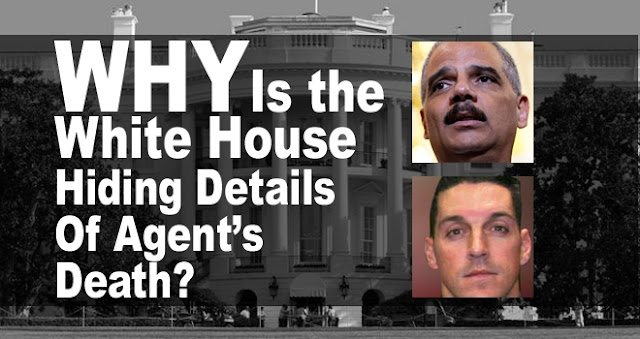 Washington, DC—Today there are millions of government employees and government contractors engaged in various roles serving taxpayers. Some of them have inside information that is about to change the course of American history. Today our government is more than ever, unaccountable and out-of-control.

Many agencies operate like third world dictatorships where corruption of every kind is a way of life. Frustrated workers want to blow the whistle and turn to the news media. That happens all the time. Unfortunately too often the mainstream media won’t do their job because they are politically in bed with government wrongdoers.

Such was the case when BATFE agents shocked by the Obama Administrations intentional delivery of thousands of firearms to Mexican drug cartels tried to expose the program. That deadly operation was called Fast and Furious, and Gun Walker.

These whistle-blowing agents were ordered to hand over government stimulus tax money to known criminals who would buy firearms from various gun dealers. The Obama Justice Department deliberately short-circuited the FBI unit created to do background checks of every gun purchaser in the United States. The FBI knowingly cleared their selected felons and misfits who were barred by law to buy these guns.

The whistle-blowing law enforcement agents have risked their careers and lives to expose a deadly and frightening scandal reaching straight to the highest levels of our government.

There was only one purpose for this operation. It was to simply manufacture a crisis through engineering of statistics that would show that American’s gun rights were somehow responsible for Mexico’s unprecedented wave of drug violence.

This simply was a Obama Administration propaganda operation to garner support for reauthorization of the so-called 1994 Assault-Weapons Ban that had expired.

Despite the expiration of the ban and nationwide loosening of gun carry laws, violent crime has dramatically gone down in the US along with gun accidents.

The political Left’s gun control philosophical cornerstone had been debunked as ineffective, incredibly expensive and counter-productive.

Now the Obama Administration was caught red-handed, creating a crisis to make gun control politically popular. Additionally the Obama Administration wanted to circumvent the Second Amendment by signing on to a United Nations Treaty that would end civilian gun rights in America. In theory, it was a much easier way to amend our hated Constitution. Yes, that’s the same Constitution every public official including Obama and his minions are sworn to uphold, defend and protect.

The mainstream media did everything they could to ignore this deadly scandal. It was America’s bloggers that took this outrage and made it public. Bloggers relentlessly posted and published in every possible form of our new Social Media to wake up America. Finally, members of Congress had to act and begin asking questions about the program.

The Obama Administration simply began spreading lies, stone-walling as they began a massive and on-going cover-up.   Now Obama’s Attorney General Eric Holder has been caught in a web of corruption and perjury. He’s been declared to be In Contempt of Congress for continued withholding of subpoenaed documents.


Barack Obama has invoked Executive Privilege in an effort to somehow legalize the stonewalling. Yes, that’s exactly what Richard Nixon did to cover-up a non-violent Watergate Hotel burglary where government sponsored spies were seeking damaging political information and intended campaign tactics. The difference between the Nixon Watergate scandal and Obama’s Fast and Furious shame is that two American law enforcement officers have been murdered. That along with hundreds of Mexican nationals.

Obama has placed himself above the law repeatedly and redundantly. He has become a criminal and a despot. He must be purged from office and held accountable.

Now let’s cut to the chase and talk about what’s really involved here. In America when anyone gives a weapon to somebody they reasonably expect will use in a crime they are guilty of that same crime as an accessory.  Every government official involved in the Fast and Furious conspiracy could and should be facing murder charges.
Posted by Paul Huebl Crimefile News at 6/30/2012 08:21:00 PM

Everybody forgets Hillary. The wiretaps had to have permission of the highest levels in the State Dept. too. And we know she's a gungrabber. Is Issa holding off for political reasons, or, so it doesn't look like political reasons.

Immensely puzzling to me that the Commandant of the Marine Corps hasn't fragged Obama, Holder, Biden, Clinton and others?? (as the Marine Commandant is considered to be one of the few high ranking military men still beholden to honoring his oath to uphold the Constitution)

"Immensely puzzling to me that the Commandant of the Marine Corps hasn't fragged Obama, Holder, Biden, Clinton and others?? (as the Marine Commandant is considered to be one of the few high ranking military men still beholden to honoring his oath to uphold the Constitution"

I agree. I had always assumed that all branches of our military were made up of strong, conservative men willing to die to protect this country. Lately though, it seems like a majority of high ranking military officers are nothing more than boot lickers and politically correct yes men. Until Obummer is dragged out of office kicking and screaming we can at least hold out hope that the Marine Corps Commandant does his duty as you suggest.