Can that Canadian, Gay, Zombie, Cannibal Suspect Be Innocent? 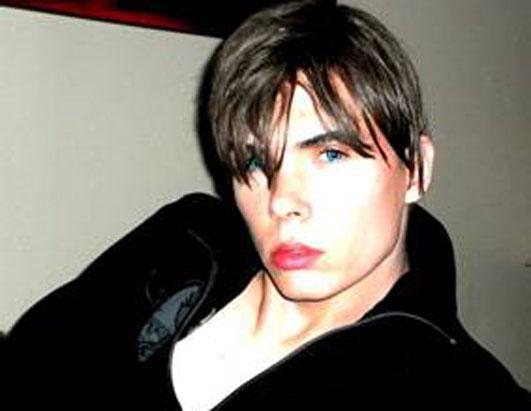 Berlin, Germany—After a desperate and very intense worldwide manhunt, Canadian murder suspect Luka Magnotta was arrested outside of an Internet café without incident.
This story was twisted and depraved from the beginning.  Body parts were delivered to various politicians.  Threats and a strange video purportedly of Magnotta feeding a live kitten to a snake surfaced.  Suggestions of cannibalism were being published and broadcast everywhere.
Magnotta is Gay and a porn star to boot.  We all seem to forget that porn and being Gay is legal these days anywhere in the free world.  The truth is that this lad’s lifestyle is considered disturbing and depraved to a huge segment of the world's population.  He is the classic, usual suspect.
They called him everything from a zombie killer to a master of disguise.  Sensationalism elevated this apparent murder to the front pages of all the world’s papers.  But now with additional body parts being distributed in Canada I have to wonder if there was a rush to judgment considering he's in a Berlin lockup.
I guess there could be accomplices but perhaps there is a killer out there who left the police obvious clues to mislead them.
The police and public are not clairvoyant and work off of things like hunches, gut feelings and guesswork.  DNA evidence is wonderful but it walks.  It’s easy for criminals to gather DNA laden materials from people they’d like to see blamed for crimes they committed.  Also over-zealous police can and do occasionally frame people with fingerprint or DNA material they deliver to the crime scenes.
While Magnotta is behind bars the crime activity is continuing.  There is a lot more to this story.  This lad will still need a top-notch lawyer and defense investigator.  Even kinky, Gay, porn stars deserve a fair day in court.
Magnotta has reportedly waived extradition back to Canada.  Let's hope the authorities can deal with real evidence and fact rather than sensationalism and media hype overload.
I'd like an assignment to investigate this mad case and put my findings into a book or screenplay.

He and those like him are simply more evidence that civilization is in rapid decline. Maybe it's time for a huge asteroid to crash into the Earth and cleanse this cesspool.

The newspapers are filled with bogus information lately. They are more like tabloids than newspapers. I don't believe anything anymore! Keep the good fight going Paul!

Amen. Proud of you. I don't agree with everything on your site, but we are brothers in this

Will he giveup the rest of the pedophile crew?