Being A Cop Today Must Really Suck 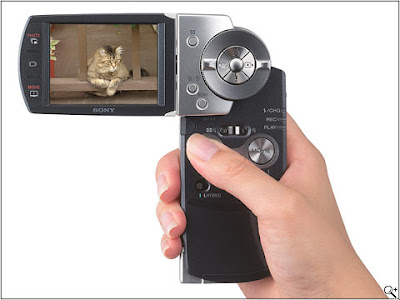 I remember an incident when portable handheld radios were new on the department. The new radios gave officers freedom like never before.

One middle-aged sergeant had a rendezvous with an absolutely delightful 22 year-old girl. The girl went to a North side motel where she checked in. Soon the good sergeant parked behind the motel, quietly paying her a visit. That brand new handheld radio was placed on the nightstand. It was now time for our sergeant to engage in some serious community relations work with the local talent.

All that fast food and lack of exercise caught up with the sergeant while he was having more fun than his 58 year-old heart could withstand. The poor girl had to slip out from under him and there was nothing she could do as our hero was well on his way to see Saint Peter.

Our distraught maiden wrapped herself in a sheet running out to the street where she flagged down a beat car. Soon four of the dead supervisor’s officers were there at his side. The old sarge was a popular guy and the responding coppers soon figured out he needed to have died on the job for his wife and kids to get adequate survivors benefits. Quickly they dressed him and placed him behind the wheel of his patrol vehicle. Then a frantic radio call was made indicating the sergeant was found unconscious and perhaps dead. The sergeant’s reputation and pension was saved. I somehow don’t think that kind of generous intervention was present at Saint Peter’s gate however.

Working in a district lacking sanitary and decent restaurants was not that big of a problem as you could discreetly leave your district for a meal. With the new GPS technology those days are over forever.

Today there are surveillance cameras absolutely everywhere, GPS devices on patrol cars, and every obnoxious teenager has a cell-phone video camera eager to make a YouTube star out of you and your fellow officers.

These days in Chicago, departmental policy is controlled by the local reverends and crooked aldermen. Doing real police work is not an option anymore. The job of police officer has be reduced to one of simply documenting the clean-up of scenes of carnage.

If by chance you are a young person thinking of becoming a cop, reconsider. Wouldn’t you rather be doing breast augmentation surgery at a Beverly Hills medical practice for cash up front?
Posted by Paul Huebl Crimefile News at 4/27/2008 09:14:00 PM

As kids growing up, we knew who the local dt's were and guys in the bag, as we called the uniforms. These guys would do it all, no swat team, no special tactical units.

If you were good with them they were good with you. If you screwed up, they would take you to the station, chew you out, scare you to death and most times send you on your way with just a warning.

If you committed a real crime, two dt's with rusty 38 cal revolvers would show up at your home at super time and take you away. No robots, no dogs, no swat, no semi autos. If you resisted they would drag you out by the rough of your neck.

Cops sovled crimes back then without all kinds of fancy technology. They were tough when they had to be, but by and large, for the most part fair.