The Crimefile Review of, A MOST VIOLENT YEAR 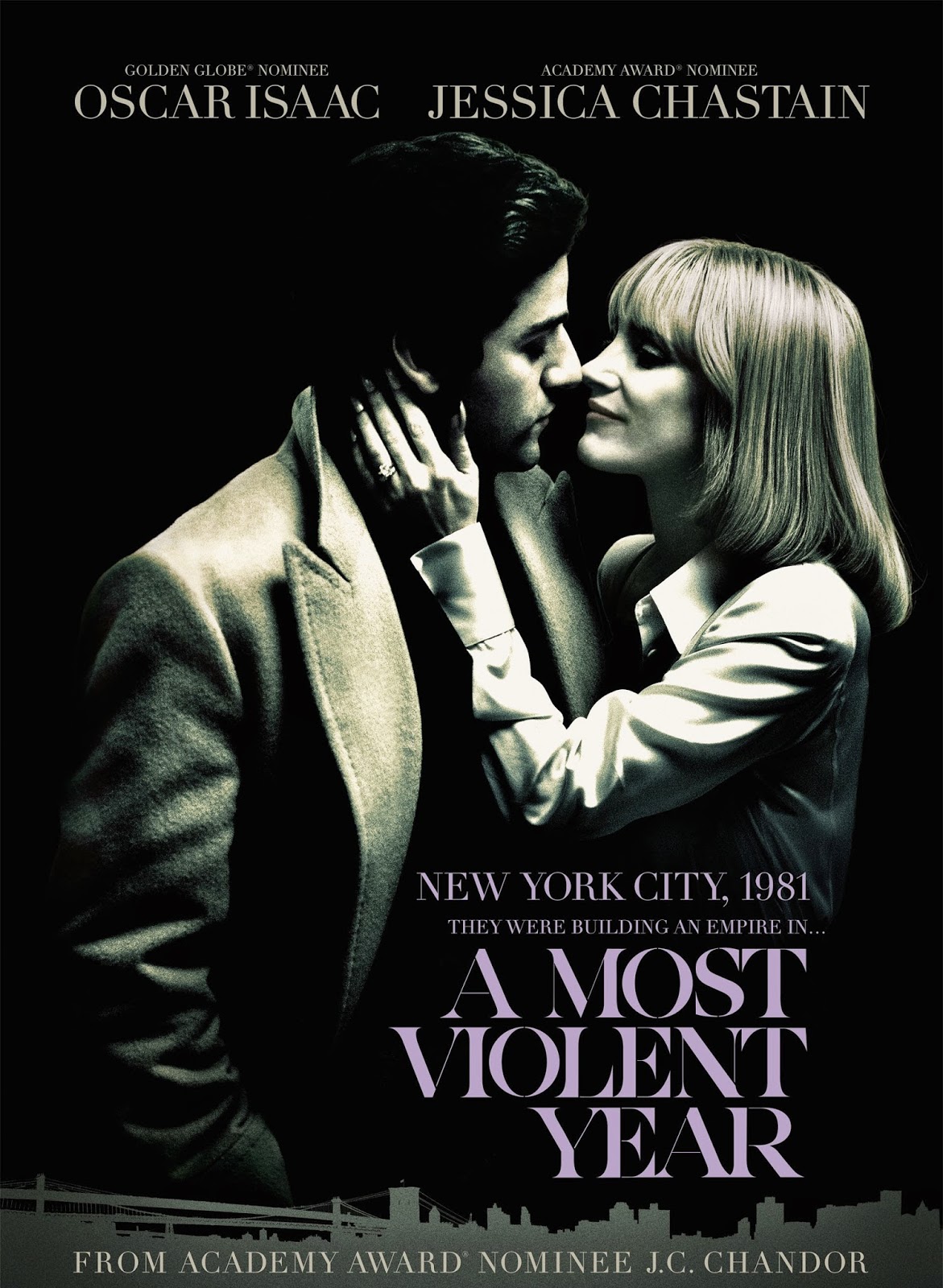 Los Angeles, CA—I attended a SAG screening of A Most Violent Year put on by the SAG Foundation.
I never really know what to expect at these events however this was a very enjoyable and entertaining experience.
J.C. Chandor expertly wrote the script and directed the film.   It starred Oscar Isaac as Abel Morales, an ambitious immigrant and Jessica Chastain as his wife, Anna Morales.  All three stayed for a Q&A and were kind enough to press the flesh later.
The film is about a New York couple that is in the Home Heating Oil business.  This is a tough cutthroat industry in a city where corruption is a way of life.
Isaac seems to effortlessly play the male protagonist that seems to channel a young Al Pacino from the Godfather films.  He dresses like a the cover of GQ Magazine and has the perfect haircut. He’s a handsome and classy man of his word caught in a mess.
When you actually meet and talk to Isaac he’s vastly different from the character he played in mannerisms, voice and accent. He truly became another character.
Chastain plays the sexy, glamorous but hardworking wife diligently keeping the books.  She’s shamelessly dressed in 100% Giorgio Armani.  Together they negotiate running their business despite massive difficulties at every turn and the violence that the film’s title seems to suggest.
This was a terrific story told well by first rate, journeyman actors.  This is a period film and the clothes, vehicles and sets matched 1981 with obvious care.
The film was well worth the price of admission and I recommend it to all.
Here is my obligatory selfie with the very delightful Jessica Chastain: 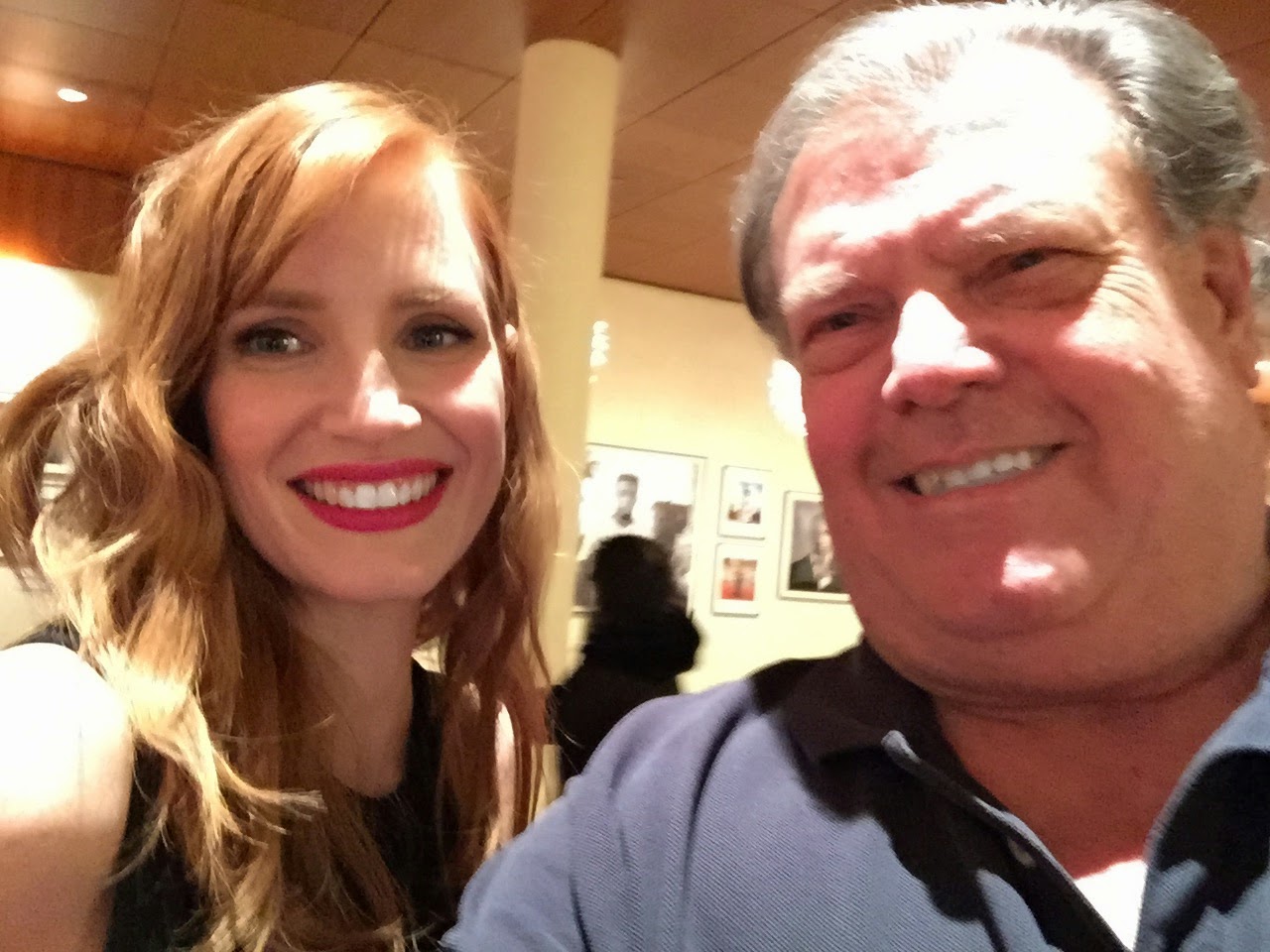 Here is the trailer: