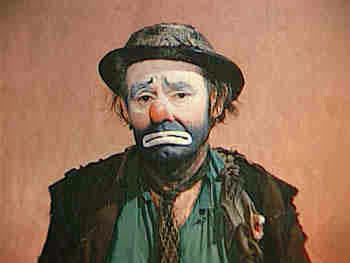 Phoenix, AZ—Okay I’m jaded.  I have investigated so many high profile cases over the decades and have learned one sad thing about them.  Integrity among witnesses, cops and prosecutors quickly vanishes.
Being a criminal defense investigator is not like what most people think or understand.  While investigating these cases I soon found myself trapped in a world of lies.  If I can expose the lies my client often goes free! Because of bizarre dynamics, this is anything but an easy task.
Let’s begin with a personal statistic I’ve established about my fellow humans.  A full one-third or more of people routinely lie.  As we know most people in fact can’t seem to tell the truth about something as simple why they’re late for work.
If this percentage of people can achieve the same result by lying as telling the truth they will choose to deceive.  It’s best described as a form of narcissism or self-empowerment.
In high profile cases deception is the rule, not the exception!  People lie from every possible side of a case skewing justice along the way!
Whether or not the accused is guilty, those arrested lie most of the time.  They think that lies will help them and they are desperate.  Their friends and family members that find themselves as defense witnesses want to help so they lie too.
For the cops interviewing those people separately, they can easily expose this deception.  Lies told by suspects and their family or friends will nearly always destroy any chance of escaping even an unjust conviction.
Unfortunately many cops have a terrible habit of guessing culpability first and then creating, shaping or forming the evidence to convict those they believe are guilty.
The best example I can cite here is O.J. Simpson.  The case appeared weak and cops went about to frame a guilty man.  However in the end they got caught and Simpson was freed.
Cops are in the unique position to remove, move or add physical evidences including DNA to any crime scene.  When they subsequently serve search warrants more opportunities are presented to place damning evidence inside the homes, offices or vehicles of the accused.
Motives for this behavior include seeking professional recognition, fame, or simply being driven to nail the coffin lids on the people they arrest.  Let me say that the percentages of this happening are so much higher than you would ever dare imagine.
We all have made ourselves believe that cops and prosecutors wear the white hats.  After all they are the good guys who can always be trusted never to mislead you, right?
Ego’s, self-image issues and narcissism are no strangers to cops and prosecutors.  They love the attention they get by publicly demonizing some hapless perceived miscreant.
In high profile cases this begins at press conferences where cops and prosecutors pat each other on the back for the important arrest.  Thus the demonization of the accused begins and the defense is never able to challenge this with equal time.
By the time the defense discovers any solid evidence they are subject to gag orders by the judges on the case!  Prosecutors often deliberately cross the line so that gag orders are issued.  That in effect insures the public will only hear one side of the case!
Once they bring in the TV cameras inside the courtrooms that suddenly guarantees that lies will become the new truth!  Bad behavior and deception go into high gear!
Savvy cops know how to play the civilian witnesses by making them feel important.  The cops want to hear only the things that will bolster their cases.  So it’s very easy to ask questions that provide the answers they want to hear the witnesses repeat!
This often begins with the first eyewitness identifications.  The witness was either a victim and saw a violent crime committed by a stranger.  Their eyes were fixed on weapons, the hands and shocking deeds of the perpetrator/s.
Soon a cop brings a suspect to the witness in a police car.  The witness assumes that the cop somehow found the right person and they want to help the cops.
What happens next is horrible.  The witness will more than likely identify whomever the cops have brought! After all the witness wants to help the cops whether they recognize the suspect or not.
Identifications made outside of a proper line up suck in a big way.  The so-called, one-on-one identification method is excessively subjective and should be outlawed.
A high percentage of people will exaggerate or outright lie if they think it will help the police take a criminal off of our streets.  Once the useful idiot/witness gets praise and recognition he or she will become locked into the lie forever.
Thankfully the mass proliferation of surveillance cameras has stopped many false identification cases cold before they got out of hand.
With the limelight of TV cameras, and recognition from the likes of TV commentators such as Nancy Grace witnesses abandon the truth and instead gravitate to what’s seems popular at the moment.
It’s exactly like the intuitive Dr. Josef Goebbels infamously said, “If you tell a lie often enough, it becomes the truth.”  The media can be counted on to repeat each and every lie until they are set in stone!
When you allow a murder trial like the Jodi Arias case to become a media circus only bad things will happen.
Today with the Internet and our instant communication keeping a jury away from sensational influence outside of the courtroom is impossible.
Guilt or innocence is established by a lot of things in America.  Unfortunately too often the truth does not really matter.
This all takes me to my personal motto about the criminal justice system, “If justice happens it’s usually by accident and for all the wrong reasons.”

Soon a cop brings a suspect to the witness in a police car. The witness assumes that the cop somehow found the right person and they want to help the cops.


A prime example of this is the case in Florida, "Murder on a Sunday Morning". If you never heard of it, look it up. Brenton Butler. Thank goodness he was freed.

Soon a cop brings a suspect to the witness in a police car. The witness assumes that the cop somehow found the right person and they want to help the cops.


A prime example of this is the case in Florida, "Murder on a Sunday Morning". If you never heard of it, look it up. Brenton Butler. Thank goodness he was freed.

Kim Wilde, I lived with the deception of lying for over 40 years and you are so correct about how often people lie ! We lie about anything and everything ! I accepted JESUS as my personal Savior and through HIS Grace no longer have to lie about anything. It is so refreshing to be able to tell the truth about everything always! Ask JESUS to forgive you of your sins and to cleanse your heart and HE will not only forgive you, but HE will set you free !

There are a lot of folks that live in Lala Land, trusting the justice system (sic) to be ... well ... just. Once in a while, it is. This mostly happens when you keep yourself far, far away from it. ...makes you want to dig a hole and crawl in, or be a character in a true-life The Moon Is A Harsh Mistress... or something.

Lately, we see multitudes of terrible cases of abuse, overreach and falsification by cops, but also by all elements of the system…

We see criminal conspiracy among even judges. See Attorney Richard Fine’s story (L.A. County, CA, 2010) of illegal solitary coercive confinement here: http://www.fulldisclosure.net/2010/12/richard-fine-wins-his-freedom-exclusive-full-disclosure-interview/#14157986447281&38440 The judge that did that should be on trial for capital obstruction of justice—“capital” because he’s a violent, felonious judge, not just some “unknowing” violent felon.

It doesn't take much of a scratch to scratch and sniff U.S. "administration of justice" and be overwhelmed by the stench of the injustice. But most people, like abused children too fearful to admit that their parents are monsters—it's terrifying (resultant of “official” terrorism?—THAT is where the “War on Terror” should be directed. But … by whom?) to live in a country where the wheels of justice (sic) grind the bones of the innocent.

People have to be willing to see what is right in front of them, quit denying, recognize the monstrosity, and by sheer will of noncompliance, break it. It won’t go quietly into the night, but when it strikes in that Stalin-level murderousness that is completely predictable, that way everyone knows who’s the aggressor.

What amazes me out west in LA: the extent of evidence amplification and the suborning of jailhouse informant perjury. They pull some mutt out of county lockup and tell him what to say; then they turn one ounce into a pound--- and get away with it easily. Add to that the threat to take children away from parents, and you have institutionalized injustice.

What amazes me out west in LA: the extent of evidence amplification and the suborning of jailhouse informant perjury. They pull some mutt out of county lockup and tell him what to say; then they turn one ounce into a pound--- and get away with it easily. Add to that the threat to take children away from parents, and you have institutionalized injustice.

You wrote:
"We all have made ourselves believe that cops and prosecutors wear the white hats. After all they are the good guys who can always be trusted never to mislead you, right? "

That is a flat-out lie. I don't believe that these skanks wear white hats. Nor do you, right?

So why, in an essay about lying, do you lie?

Since police departments are merely standing civilian armies, abolish them and leave it up to citizens to provide their own security as their own expense and liability. If this were the case, victimless crimes would remain unprosecuted and people who break into private homes would wind up in morgues.

Police officers are taught subterfuge in the same way that medical doctors are not taught nutrition.
If Americans really cared about justice, they'd be signing up for common law grand juries in droves.

They are not taught in the sense of classroom instruction. It's more like monkey see, monkey do.

It's about win at all cost, not seek justice.

I just found and read your essay. Good stuff, every word of it.