Germany Is Becoming the New Hollywood with a Vengeance! 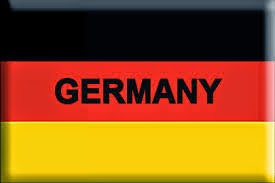 Los Angeles, CA—It was in 2011 at the Goethe Institute across from the offices of the Screen Actor’s Guild where I learned about the generous film funding offered by the German government.
A panel of leaders in German film and government funding spoke to American filmmakers explaining the process.
This was as filmmakers were given little choice but to flee the extortionate taxation of California’s politicians that have squeezed this important industry virtually to death.  Hollywood’s loss is certainly Germany’s gain.
Germany has learned that funding films creates production, jobs, and wealth as it promotes art in a big way.  In the end the German government realized tax revenue by simply priming the pump.
Whether it’s a Liam Neeson thriller, or one of the many edgy Quentin Tarantino films and so many in between, they’ve been funded in part by Germany.  The catch is they agreed to simply producing a percentage or the entire film in Germany.
The films themselves have been wonderful.  Frankly most of the films would never have been made without the German funding.  Simply put, our German friends are providing opportunities for American writers, actors, directors and producers to do the work they love.  Of course the same holds true for the German counterparts.
The world’s film library has become so much richer because of some dedicated people promoting this concept.   I’ve been fortunate to make friends with some of these terrific people.
I’ve got a special fondness for the German people since my days as a conscripted U.S. Army medical corpsman serving there 1968-70.
If you want to get your film made Germany may well have a solution for you simply by finding one of many gifted German producers willing to work with you.
Here is a reel of some of the films created with funding and created at Studio Babelsberg In Berlin:

Here is a video that event I attended that explains the ins and outs of German film funding:
Posted by Paul Huebl Crimefile News at 11/11/2014 02:37:00 AM