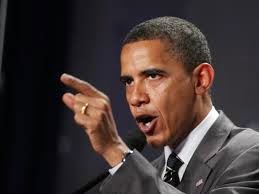 Washington, DC—Beginning with perennial and always empty promises of future border enforcement and deporting criminals, Barack Obama offered Amnesty and Green Cards to millions of border jumping trespassers.
Obama’s bogus claim that enforcement tears families apart is laughable since these families can simply stay together in the countries of their origin.
Today Obama acted unlawfully and should be tried for Treason, jailed and impeached.
Immigration is not broken; enforcement is what’s broken.  It’s broken by the willful and criminal obstruction of justice and the refusal of officials to obey their oaths of office.
Our Congress shares blame here with its more than a hundred hard corps Socialists and Communists masked with Democrat and Republican Party labels.  Then you have corrupt Republicans thinking they’re helping big business campaign contributors with cheap labor.
Obama has opened the our doors wide for unbridled welfare, food stamps, free medical care and of course Obamaphones rewarding millions of law breakers.
Educated and productive would be immigrants from Europe, Canada, India and other developed nations are pushed far behind the Mexican and Central American illegal immigrants seeking to work and live here.  That clearly violates and rights of equal protection.
There are still those trespassers that are already whining that  Obama’s dictate does not go far enough.
America’s politicians have allowed the illegals to gut our medical care, educational system to the detriment of America’s poor.
The biggest losers here are impoverished African-Americans that will be forced compete with the trespassers for jobs and entitlements.
We were once a nation of laws, however that has changed with our lawless president.  Immigration law and policy is the responsibility of Congress.  Today Obama has made himself a dictator.  Obama must be purged from our government.

Today, yesterday, not just Obama but others with one or another criminal act...

"What message does it send to our children...?" ...when our government is the biggest terrorist and the biggest lawbreaker on the planet?

Worse, this is dumbo happy on the strings he's been issued by the real powers that be.

A little animation you might enjoy: http://reasonaction.blogspot.com/2013/04/ah-yes-updated-obama-jefferson.html Obama resurrects Jefferson from the grave to brag. How ya s'pose Jefferson reacts?

It wasn’t the tyranny of Caesar that ended the Roman Republic. It was the retribution for this death. The day Mark Antony nailed Cicero’s hands to the doors of the Senate was the last day of the republic. Whose hands do you suppose Obama will nail to doors of our Senate?

I dont know whos hands he will nail but he and the other progressive center lefts would like to abolish the Senate.

They want a Uniacameral legislative body so California will rule the country.