The Disaster of the 2012 Presidential Election is Reality 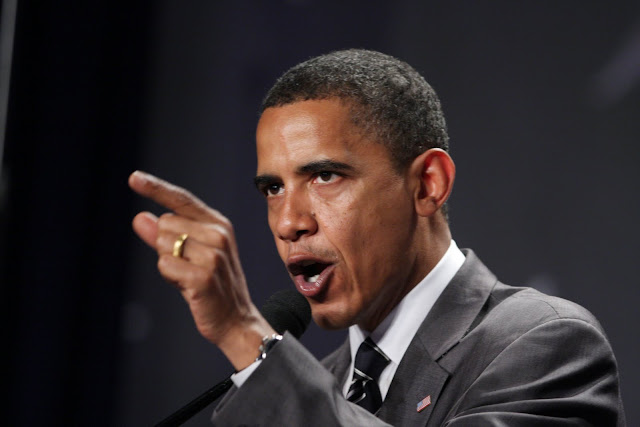 Washington, DC—Hope and change has become spite and revenge.   Obama will be settling scores with the Liberals that have abandoned his campaign or turned on him like Oprah.  Now Obama has nothing to lose.  It won’t be pretty.
Make no mistake I hate the outcome of this election.  Millions of votes were stolen simply because we can’t seem to require voters to actually identify themselves.  Americans serving in our armed forces have seen their votes entirely removed from the election through purposeful error.   Our elections have been rigged for decades by the political left.
This nation is divided into two groups productive slaves and non-productive slave owners.  The slaves can continue with their bondage or resist and break out.
Will we begin see tax revolts, sabotage of government agencies, property and programs that victimize the slaves?  Just what kind of a backlash can we expect?  That remains to be seen.
The Tea Party showed little promise because they did nothing more than peaceful protest.  They took their name from The Boston Tea Party where angry citizens forcibly boarded the King’s ships destroying a vast quantity of valuable property.  That was in fact assault, battery, armed robbery, burglary, arson and destruction of property.   Before some group ever takes on the name of American patriots they should be prepared to deliver.  The Tea Party simply failed to live up to their name.
In the 1960s the Left used massive disobedience, bombing and murder to force our nation’s politicians to turn over millions of South Vietnamese citizens to the Communists.  They were all rounded up and taken to the Killing Fields of Pol Pot.  There were no Nuremberg style war crimes tribunals for the crimes of Communists against humanity.   In fact no Communist was ever brought to book for genocide or mass rape by the American government.
Mitt Romney had nothing different to offer America than Obama.  He was no Conservative or protector of our Constitution and Bill of Rights.   Romney ran with a label of a once great political party that’s been hijacked long ago.  No matter the outcome of yesterday’s election the American experiment seems to have run its course.
What remains to be seen if a small percentage of American patriots are willing to shed blood to rid us of the yoke of slavery.  Will they be brave enough to shut down liberty stealing government tyrannical outfits like the IRS, TSA and BATFE?   It would take terrific leadership, incredible sacrifice and real courage.   I just don’t see this happening.
The National Socialist Party of Germany was very popular for the first four or five years.  Adolph Hitler was even named our own, Time Magazine’s, Man of The Year.
The Nazis became strong enough to defeat some two-dozen courageous internal attempts to kill their evil leader.  What finally brought the end to the Nazi Party was the combined massive efforts of the USA, USSR, France and the UK.
World War Three is inevitable and we can count upon seeing it in our lifetimes.  We are a nation divided beyond any of our imagination’s today.  We are also over-populated.  Tyrannical governments and their wars have erased hundreds of millions of lives from this planet.  I may seem cynical but one thing for sure, what’s past is prologue.  This too will pass in human history.

Don't be too despondent Paul.

All is not lost in America yet..

.I voted for Romney but it was a hard choice for a woman to make to vote for no choice.

I thought perhaps he would not act on his pro life view. And that Romney may make a better president since he is a business person. And real wealth and a good economy comes from making a profit, not having a huge government. I flip flopped and tossed coins for days - but decided to take a chance on Romney.

If you think about it - perhaps Romney lost because potentially half the nations voters are women, some if not many were voting to maintain choice over their own bodies, and not have the Republican Supreme Court Justices overturn Roe vs Wade.


THE REPUBLICANS PULLED OFF a stupendous miracle. They actually selected someone who would lose to arguably the worst President in American history. Not easy to do…but the air-headed, incompetent Republicans orchestrated their own demise quite splendidly.

We must also keep in mind that 50% of those who voted…did so against Obama…and a vast number of Americans didn’t vote at all.

It will never be known how many Ron Paul backers just walked away. Or, out of true disgust for having been treated so shabbily by the Republican establishment, gave Ron Paul and Gary Johnson their write-in votes.

If Romney had the sense to name Ron Paul as VP…he would have crushed Obama flat as a pancake.

In any case, the only ‘crushing’ Americans will be seeing will be their own…and the flattening of what’s left of their Bill Of Rights and of the most wonderful, inspired document in world political history…the Constitution of the United States of America.

Obama may have that populist appeal but it’s all smoke and mirrors:

• Both Jewish Wall Street and the Jewish Lobby own Obama just as they owned Romney.

• The “99%” will still be out of work as offshoring to China and India continues at unabated and breakneck speed.

• The Jews will guarantee that at least $3 BILLION of taxpayer MONEY goes to Israel while the “people” watch their homes being foreclosed upon and their just-out-of-college sons and daughters ‘moving back’ with them in their ‘trailer park’ homes and bringing along their student loan debts of often $100,000 or more.