Why I Delete Many Comments From This Blog 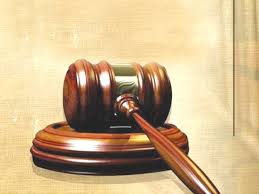 Covington, KY—A federal court jury just awarded former Cincinnati Bengal’s cheerleader, Sarah Jones $338,000 over anonymous third-party comments posted to a Scottsdale based website, thedirty.com.
The site operator, Nik Richie took a well-deserved litigation beating when he did not screen or delete the nasty comments.  The posts defamed the woman with malicious and unfounded allegations of sexual activities with the entire football team.
Richie’s unsuccessful defense was to suggest that Jones should have take the unknown third part posters to court instead of him.  Bloggers everywhere have been watching his case.
Jones had a rather sticky brush with the law related to a sexual relationship with an underage student when she was a teacher.  Reportedly Jones is still in a relationship lad who is now 18 and plans to marry him.
Often people post allegations about others that I cannot or won’t try and verify.  Some are true and some are malicious and defamatory.  I delete them immediately.  I don’t do that over fears of being sued, I do it because it’s the right thing to do.
When I publish information on this blog I take care to vet, verify and investigate.  I won’t compromise simple decency to those people whose activities I chronicle here.