Criminal Defense Lawyers are learning Social Media can Help or Kill Their Clients! 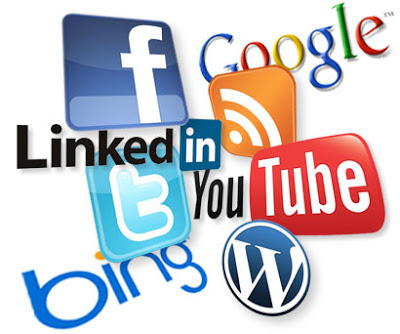 Los Angeles, CA—As a cop and private eye with a career that spans 40 years I’ve seen more trials first hand than most lawyers.   I never went to law school but have learned a lot in the, Monkey See Monkey Do School of Law.   Along the way police academies and in loads of seminars filled in a lot of information blanks.  I have worked with lawyers from the woefully inept to the very gifted and greatest.
Many lawyers have built great reputations along with their egos over decades of success.  Unfortunately many of the old warhorses have not embraced computer technology or the incredible power of the Internet and Social Media.  Instead they delegate any computer assisted litigation efforts to secretaries and law clerks.  That’s a huge and sometimes deadly mistake.
For most lawyers exploring the uncharted area of Social Media seems simple enough but actually making contributions to the mix present frightening tactical gambles along with new and unknown ethical issues.
We’ve watched high profile trials that were Social Media nightmares like Jodi Arias and that of Casey Anthony.  As I write this article the verdict from the George Zimmerman trial is ready to actually explode across America.
All criminal cases begin with some event involving a loss, injury or death.  The event itself may not be a crime but rather an accident or the result of a justifiable use of force.  The police have the responsibility to investigate.  That investigation’s results may be brought by prosecutors before a criminal jury to decide if it’s a crime and the guilt or innocence of the accused.
In the very beginning swift action to get helpful facts out in a high profile case may stop a misguided effort to indict a client/suspect.  If the defense can get solid information out to the Social Media before cops and prosecutors have made their charging decisions that effort may well stop a wrongful prosecution in it’s tracks by making it politically unpopular.
Nothing prevents defense investigators from soliciting the public for defense witnesses and information relevant to a client’s case using Social Media.  Additionally nothing prevents the posting of the criminal record, immigration status and other derogatory information about the prosecutor’s so called “victim” or witnesses assuming libel laws are not broken.
Much of this kind of information is withheld from juries by the courts but trust me jurors never miss opportunities to break the rules as they use and abuse the Google search engine!
If helpful and timely material is dumped on the Social Media in a way that reveals new and unknown information the regular press will suddenly be all over it like a cheap suit.
Today cops, prosecutor, judges and news reporters often scour the Internet to find information on person’s of interest or suspects.  If you move fast enough helpful and self-serving information can be posted for these decision makers to consider.   The defense must exploit every effort to make prosecution of their suspect/client politically unpopular!
Of course in the George Zimmerman case, it was self-aggrandizing provocateurs such as Jessie Jackson and Al Sharpton that created a nefarious Social Media storm. Their efforts even involved the Whitehouse and the nation’s Attorney General.  That abuse of Social Media caused a routine self-defense/justifiable homicide to be transformed into a wrongful murder prosecution.
The Zimmerman prosecution was brought for purely political purposes rather than tangible evidence.  In fact, one prosecutor has already been indicted for presenting false information to the court in her zeal to please the powerful provocateurs.
There are now two fronts in the War for Justice, the Court of Social Media and the Court of Law.  If you can win in the Social Media Court that may entirely end the controversy.
As a defense investigator I now must use the Social Media at every step of each case along with other computer assisted investigation efforts.  I also have this blog where I cover high profile criminal cases.  I quickly learned the incredible influence my postings have on prosecutors, judges and even jurors!  Jurors are not supposed to research their cases but I have seen first hand that the vast majority of jurors can’t wait to break the rules!
I have a web counter on my blog that allows me to see the ISP, approximate location, computer and browser type of my visitors. I routinely see the ISP of prosecutors, courts and police agencies looking at my stories that are under their review!  I won’t publicly expose just how I learned that jurors do this but I do have solid evidence.
When it comes to jury selection Social Media has changed that task dramatically and forever.  It’s often incredibly easy now to learn the views of potential jurors.  Any defense attorney in his right mind would exclude those demented followers of media trial advocates like HLN’s Nancy Grace.  However many posters routinely use fake screen names so additional efforts must be made to weed out those trolls.
The way to investigate and handle criminal defense case has changed forever.  Lawyers need to embrace the technology or retire.
Needless to say I’m available to race with my video gear anywhere I’m needed.
I will leave you with two examples of Social Media YouTube postings I created that influenced the direction of the case of man involved in a justifiable homicide.  My client was arrested and held on a half-million dollar bond for some six days.  The Grand Jury refused to indict him.  Of course it helped that my client was actually innocent.   A trial murder trial would have taken my clients assets and destroyed him even if a jury acquitted him.
Both of the stories below were followed up by similar stories by the most of the  local media!   Would they have bothered is they had not seen these two?  Did this material help the case that never saw a courtroom?

Social media is now a days not only limited to business person but, now a days criminal defense attorneys are also using it to find the culprits.
miami sex crimes attorney