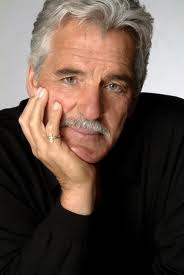 Scottsdale, AZ—I’m sad to report on the death of 18 year Chicago police veteran and accomplished actor Dennis Farina.  He died suddenly this morning in Scottsdale from a blood clot in his lung.
Farina enjoyed life as a burglary detective at the old Area Six headquarters at Damen and Grace Avenues.  He along with others in his unit handled the follow-up investigations to countless high-dollar burglaries on the Windy City’s North side.
I first met Farina when I was asked to cover for another cop at an off duty job working security for Goldbaltt’s Department Store located in Chicago’s Uptown neighborhood.  Like most cops we both had a second gig to make a few bucks.
Farina attended St. Michael’s High School on North Sedgwick Street as I did until my mother could not pay the tuition.  I was quickly exiled to public school.
Around 1979 legendary film director Michael Mann was putting together his film Thief, starring James Caan.  Mann somehow hooked up with the late Robbery sergeant, Chuck Adamson and Farina.
Back then Farina was doing “burning bar” demonstrations for district patrol officers like me at various National Guard armories. Burglars were having a grand time quickly cutting into the best vaults in the larger supermarkets and jewelry stores with the burning bar.  This highly visual form of larceny soon became immortal on the silver screen.
Thief has a terrific scene where the burning bar is used that set Cann’s character apart from that of some ordinary burglar.  Mann put both Adamson and Farina in that film in acting roles.  Farina’s acting chops were a still work in progress but Adamson proved himself very well.  Adamson went on to be a screenwriter creating the TV series Crime Story that starred Farina and along the way he wrote some episodes of Miami Vice.
Farina soon took a leave of absence to pursue acting and quickly proved himself as a fine actor.   He landed roles on the small and large screen as well as stage.  He’s probably best known for his role on Law & Order.
My personal favorite was Farina’s somewhat recent portrayal of an ageing small time Chicago hustler in the Second City film production of, “The Last Rites of Joe May.”  I saw it at a special screening at the Screen Actor’s Guild in Los Angeles.
As for Farina’s personal life he was a very private man who kept many of his friendships with fellow cops.  Farina was a big time golf aficionado and settled in a nice home near Cactus and Pima Roads in Scottsdale.  He quietly lived there with his longtime sweetheart, Marianne Cahill.
Farina had three adult children from his former wife Patricia Farina.  They divorced in 1980 as Farina was transitioning to acting from police work.
At this time Farina’s funeral arrangements are still being made.  Rather than flowers he’s asked that donations be made to the Cook County 100 Club that aids families of cops killed in the line of duty.
I know we can count upon the Chicago Police Emerald Society to play their legendary bagpipes for Dennis along with is police family at his pending services.

About five years ago I became aware that Farina was undergoing lung cancer treatment at the Loyola Medical Center just West of Chicago.  Disclosure of that information would have ended his acting career because insurance companies would avoid covering productions when a key player may not survive. Farina seemed to be making great progress.  He was a long time smoker.
I will update this with funeral arrangements as soon as I receive them from his long time Los Angeles publicist, Lori De Waal.
Farina's Credits can be found here:  From The Independent Movie Data Base

I thought of you when I heard that he had died because I remembered you talking about him on DaRefugees. I knew you would have a nice write up about him with info about him beyond his acting. I always liked him, I always think of him in Get Shorty and Out of Sight. A real loss. ChrissyB

Truly a good man and good cop. RIP my friend.'

Denny was a talented Guy. Liked him in "Manhunter" with Wm. Petersen too. He was smart to retire from the Politically-Driven shit-hole, CPD when he did...

So sad to hear about Dennis Farina's
passing.

What a dreamy look he had.
Talented and he stuck
out from the crowd.

May he be in a better place now...RIP

His best role was in Crime Story -- the episodes set in Chicago.

I met him at Mike's on Webster everyone really liked him.

I also met him at Mikes on Webster. All the good bars are gone as is most on the "good guys" from the day. RIP Denny

I never met Dennis Farina but was saddened to learn of his passing. Reading about him I learned that Chuck Adamson had also passed away. Chuck was my coach in a church floor hockey league from maybe 1968 to 1971. Also involved with my team were other CPD members Guy Neubert and Ken Darga. All great guys. Partially because of them I joined CPD in 1982 and retired in 2011.

Chuck showed up one day with his hand bandaged. He said that he caught a Bobby Hull slapshot which would have hit his wife's face. Never did learn if that was true but it's a good story anyway.