My Thoughts About 2014 as Christmas Arrives 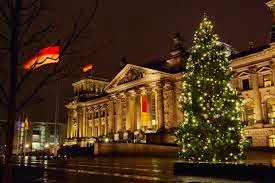 Berlin, Germany—I can only wish I were writing this in beautiful City of Berlin.  The German people have not diminished or even denounced this great holiday as too many American’s have.  Instead I’m in Los Angeles at the moment.
As many of you know I’ve become thrilled and addicted to using a camera drone to acquire amazing video.  I even earned an IMDB screen credit as aerial photographer for the Pablo Lewin short film production, The Roommate.
The word “drone” became a dirty term because of those infamous military weapon-laden killing machines.  The multi-rotor camera drone users like me have now clamed that term and redefined it as a tool for art and many exciting humanitarian purposes.
I hope to see the FAA end their ban on commercial use of drones to grow our stagnant economy and create new jobs.
We saw a racial divide like we’ve not had in this nation since the 1950’s.  I blame almost all of it all on high profile race baiting by Barack Obama, Eric Holder, Al Sharpton and Jessie Jackson.
The fact is African-Americans murder each other as a form of genocide.  African-Americans accept this without batting an eye.  African-Americans murder whites in savage, cruel and hateful ways and nobody but the victims and their families care.
When a non-African-American kills a Black even in self-defense everyone goes absolutely crazy.  Killing justified or not is an ugly subject we are far better off without predatory behavior in our world. We must respect the gift of fear and our instinct for survival.
In the last several months thousands of protesters deliberately provoked cops every way they could.  The fact that none of the demonstrators lost their lives is a monument to restraint.
Politicians need to stop using cops for revenue enhancement and return them to protecting and serving citizens.  Cops are feared because of excessive traffic fines that can devastate working families and that’s wrong.
The race baiting, provocation and hate must end.   If Americans would simply learn to smile and be kind to one another it would be a wonderful world.  We all need love, understanding and help from each other.  Hate serves no one.
We are on this earth for a very short time.  We can use all of our creator’s gifts and talent for productivity, art, music and science or simply waste them.  We only get one chance and there is really no such thing as equal opportunity.  We all have to do the best with what we have.
I’m going to spend the next year being especially kind to strangers.  I’m going to encourage my artist, musician and other hard-working friends to succeed more than ever.  I hope the few good things I do become contagious.
To my friends, acquaintances, blog visitors, I wish the best holidays ever and a safe, happy, healthy and prosperous New Year.
Posted by Paul Huebl Crimefile News at 12/24/2014 06:38:00 PM

Paul, you could not have stated the truth more clearly. I agree with you on every point.I wish everyone of good will a Merry Christmas and a prosperous, creative New year.Have fun with your toy drones.

Paul, you could not have stated the truth more clearly. I agree with you on every point.I wish everyone of good will a Merry Christmas and a prosperous, creative New year.Have fun with your toy drones.