Why is the Media is Falling For Fake Drone Stories? 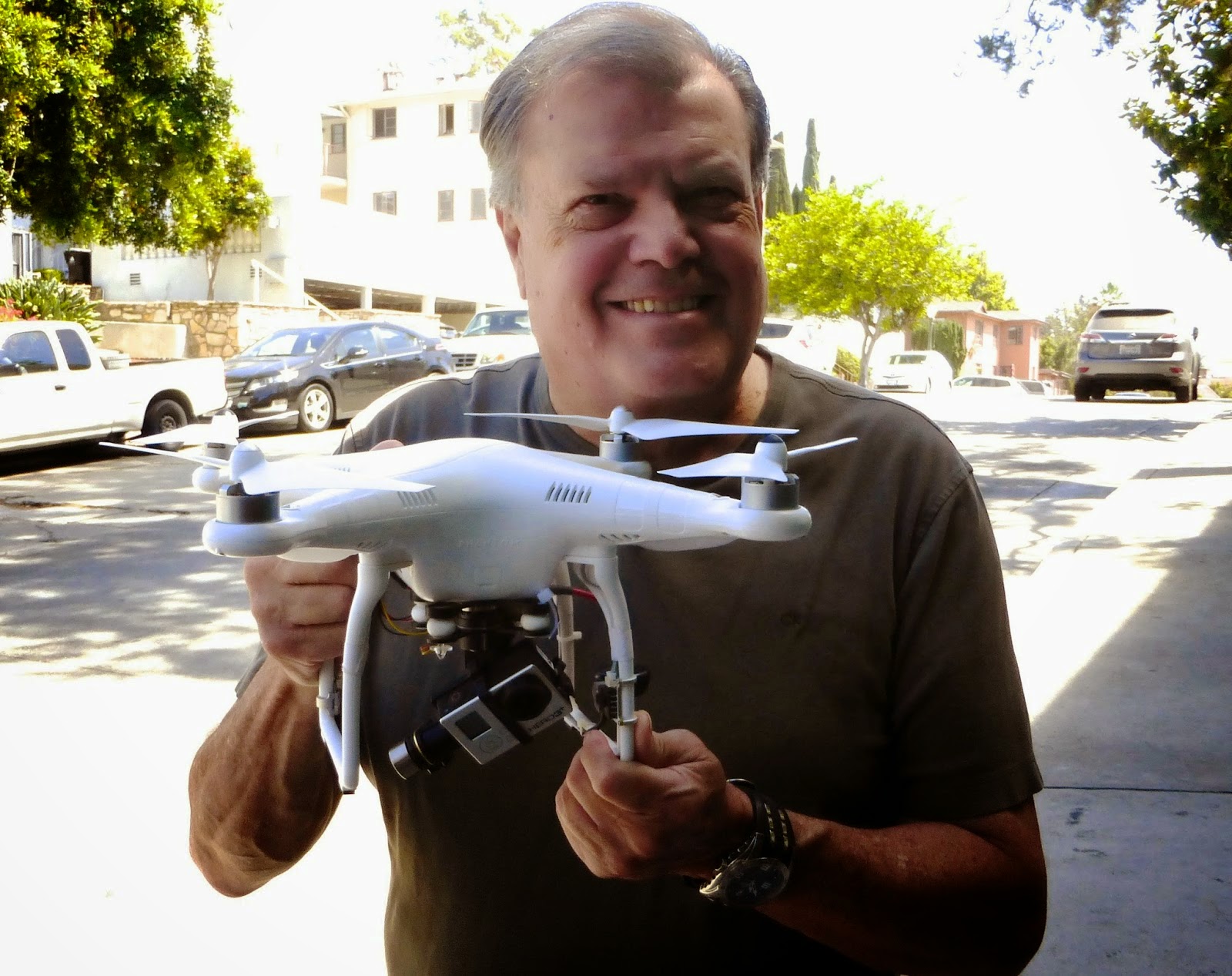 Los Angeles, CA—The latest technology tool for newsgathering is taking a propaganda beating from the media.  As incredible as it seems the media is promoting ignorance about camera drones rather than enlightening their audience!
The little drones are indeed amazing.  They can take sophisticated yet tiny cameras to incredible heights to get inexpensive video and still images in near absolute safety!
They are definitely a novelty and local police have zero training about these devices.  They have not been around long enough for police and procedures to be developed.  The obvious best policy is to simply leave the drone operators alone.
Cops seem to want to make arrests for drone use because they know right now they will get substantial news coverage.  However those highly publicized recent arrests of drone pilots have turned out to be absolutely bogus.
Two police helicopter pilots in New York spotted a little plastic drone in the area of the George Washington Bridge.   They chased it and then arranged for the felony arrests of two young men claiming these drone operators endangered the police helicopter!  Their own recorded radio transmissions were solid proof that the cops lied!
Yesterday a drone pilot was arrested as a Peeping Tom when his drone was “too close” to a medical center where people were believed to be possibly undressing inside.  The fact was that this proved impossible because of reflective material on the glass window.  There certanly were no images of undressed people on the drone's camera!
Since when do people that don’t close their drapes have any reasonable expectation of privacy?
As for the camera drones they have the ultimate “black box” that will show the world in high definition video exactly what it was doing!  We can count on liars being exposed when the images are viewed.
Many helicopter and fixed wing pilots stand to lose their livelihoods as drone operators replace them.  They have an obvious conflict of interest when it comes to making reports about drone activities.  They want them outlawed for very understandable but ulterior motivation.
It’s simply about cost and safety.  Even if the little drones crash nobody is going to neither die nor will there be remarkable injuries or property damage.  These traditional pilots can be counted upon to hate multi-rotor drones and their operators.
Propaganda is feeding fear and loathing by the ignorant public.  Nobody stands to gain more from the camera drones that the media and the public that will be able see the world as birds do.  Why is the media falling for the deception of the drone detractors?
Drone journalists are going to be broadcasting and publishing images that were impossible until now.  The camera drones are already bringing us art, beauty, and truth.  There are really no negatives.
People are beginning argue that terrorists will use them for attacks.  They are far less powerful and destructive to aircraft or people than ordinary firearms.  People are letting their over-active imaginations rule over common sense.
The FAA is trying to deal with government concerns that these devices are dangerous.   In the hands of the media that’s true because they may discover waste, mismanagement and questionable behavior of government employees.
Cops are already in a goldfish bowl with millions of cellphone cameras waiting to catch them making missteps.  Now they are being observed from drones too!  Will cops be making arrests of drone operators to intimidate and prevent them from documenting their behavior?  History says that’s a guarantee!
We know from experience that cops have arrested thousands of photographers and cellphone users until the courts ruled that the cops were dead wrong.  Police tyranny may well be a fact of life for many camera drone pilots.
Cameras are very dangerous instruments because they expose the naked truth.  Camera drones are a new danger that may bring us yet more truth than we can handle.   Human being have shown over and over again that they can’t handle the truth!

Paul, I'm largely in agreement with your defense of private drones, but the fear isn't entirely based on unfounded fears:

Given the overt and excessive militarization of our law enforcement, we have a lot to fear from drones.

However, technology will move forward; it doesn't make sense to try to stop it.

There will always be those who abuse anything. Like guns, private drone users who are abusers should be penalized for the abuse, not damaged by a priori restraints.

The restraints needed on drones is on the use by government in its control-freak, revenue-generation, retaliation and assassination toolbox. It should be barred from all use of drones to spy on and destroy people. Same applies to other "intelligence" gathering tools government routinely abuses.

Paul, I'm largely in agreement with your defense of private drones, but the concern isn't entirely based on unfounded fears:

Given the overt and excessive militarization of our law enforcement, we have a lot to fear from drones.

However, technology will move forward; it doesn't make sense to try to stop it.

There will always be those who abuse anything. Like guns, drone users who are abusers should be penalized for the abuse, innocents should not be damaged by a priori restraints.

The regulation needed on drones is for the use by government in its control-freak, revenue-generation, retaliation and assassination toolbox.